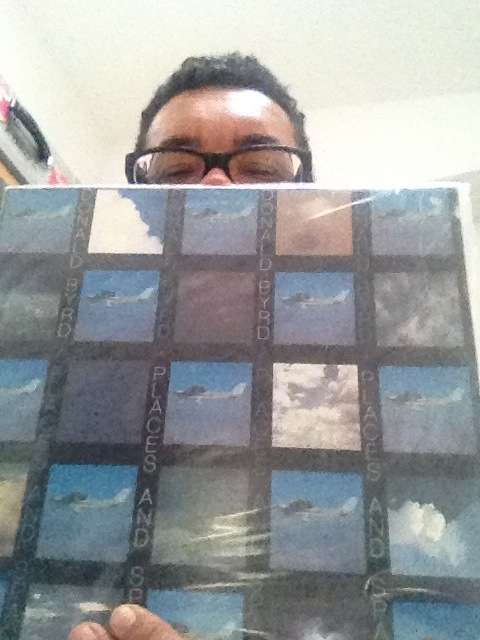 Ashley Beedle, the legendary DJ and producer from The Ballistic Brothers, Black Science Orchestra, X-Press 2 and Mavis (just to name a few) presented one of his favourite albums, Donald Byrd’s “Places and Spaces” for Classic Album Sundays. Here he relays his personal relationship with the album:

“I first bought this album at the age of 14. The year was 1976. I got the album from Woolworths when I was living in an area called Harrow & Wealdstone, a real soul boy enclave. The reason I got the album was for one track ‘Change (Makes You Wanna Hustle)’ which a friend of my dad had played to me on an import 7” .

“As a young teenager I was exploring the delights of disco, soul and jazz funk while still desperately clinging on to my reggae credentials. ‘Places And Spaces’ was/is an album that opened up a whole world of aural delights. When I played this record for the first time on dad’s record player it definitely flipped my lid to say the least! The production was so lush. Sweeping string arrangements, sultry rhythm guitar, warm bass and punchy horn charts combined to make this what I can only call cinematic, hovering between the neo- funk of his 1973 album Street Lady and the proto-disco soul of Earth Wind And Fire.

“Being the inquisitive soul that I am, I checked out the credits to find out who was involved in the production of this masterwork. Two names cropped up, Larry and Fonce Mizell. This was the first time I came across these two cats and it certainly would not be my last. I made a note in my head to watch out for their names in the future when purchasing vinyl.

“Along with the Mizell brothers there is a killer line up of musicians who played on ‘Places And Spaces’. They were stalwarts of the golden era of 70’s era jazz funk. Just to name a few: Harvey Mason on drums, King Errison on congas, Chuck Rainey on bass and of course the Mizell brothers on trumpet, clavichord, clavinet, piano and vocals! Now that’s a big whoa!

“‘Places And Spaces’ is one of those albums that is an utter joy to listen to. For me there is not a bad track. From the opening funk monster of the previously mentioned ‘Change (Makes You Wanna Hustle)’ until the last track, a lovely jazzy rework of The Temptations’ ‘Just My Imagination’ with Donald Byrd’s trumpet dabbed over the tracks like a fine landscape painting.

“This record has now become a classic of the jazz funk scene with ‘(Fallin’ Like) Dominoes’ pretty much becoming the unofficial national anthem of every soul all-dayer I ever attended back in the day. ‘Places And Spaces’ is still a huge influence on me. The production is  just so beautiful. It’s been rightly sampled by the cream of hip hop. Jazzy Jeff, Black Moon, Stetsasonic and Pete Rock to name a few.  I am going to be honest I’ve rocked the drums from ‘You And Music’ for a certain high profile remix. Let’s just say this particular band I remixed involved a certain Sir Michael Jagger. He asked me who the drummer was I used on the mix. I told him Harvey Mason! He asked me how I managed to get hold of him!  As you can imagine I neatly sidestepped the question.

“It’s strange in some ways to be playing this album in October as I always saw this album as having spring/summer written all over it. That’s what this record always reminds me of. It brings back beautiful memories of the crazy hazy days of my first clubbing experiences, trips to your favourite record emporiums and discussing with your mates the latest imports from the US and Europe.”

The Story of Steely Dan ‘Aja’