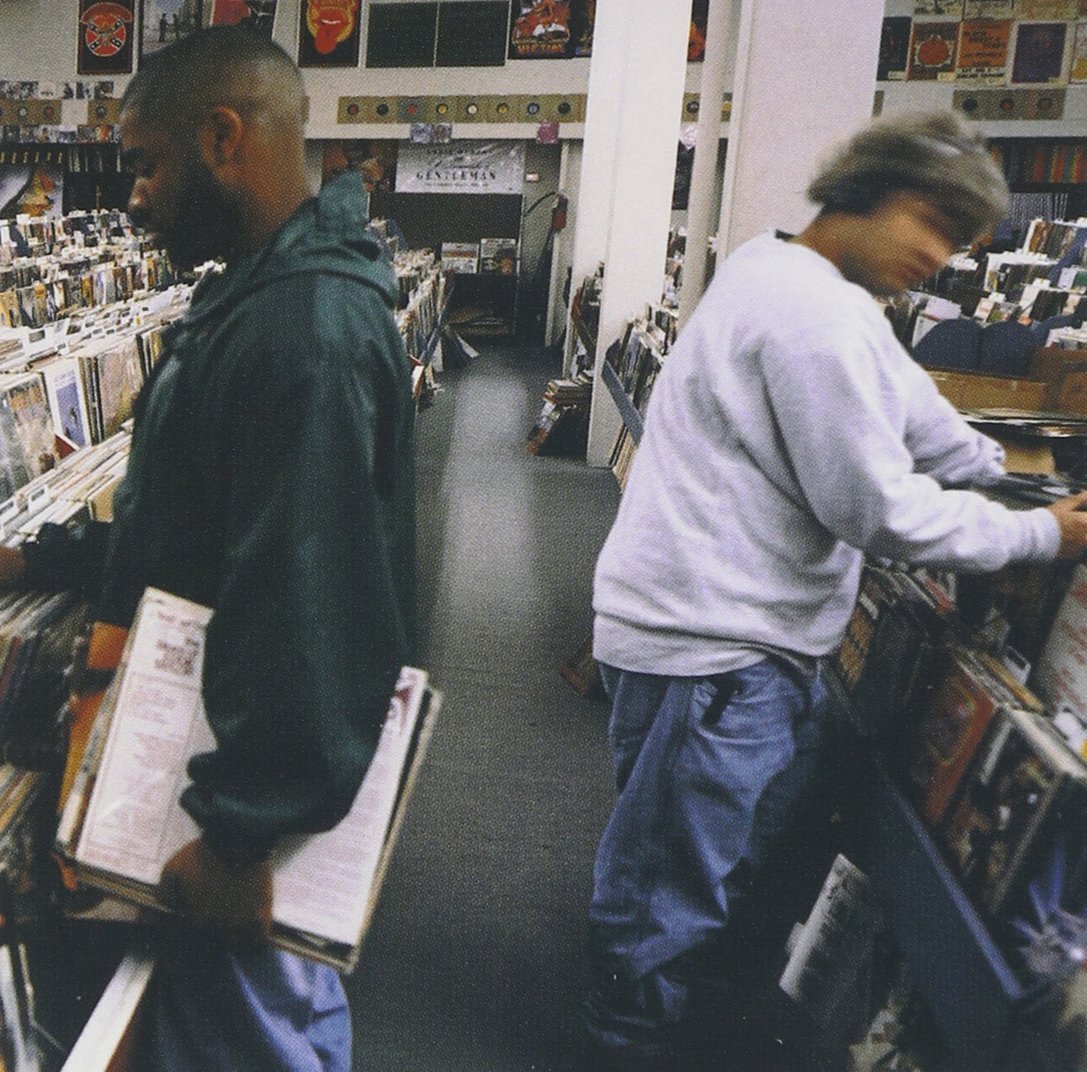 ‘Endtroducing’. The end of one thing, the introduction to something new. A period of transition. A new era. When Josh Davis, aka DJ Shadow, produced and released his debut album ‘Entroducing’ in 1996, it was a unique sampladelic collage of music with no precedent. Almost entirely based on samples from his vast collection of funk, rock, ambient, psychedelia, jazz and hip-hop, it entered the Guinness Book Of Records as the first album solely constructed from other pieces of music.

But this was no gimmick. Entirely from the heart, built from Josh’s passion for hip-hop culture and all kinds of music, influenced by the producers pushing the cut and paste culture of sampling to its limits – everyone from Steinski and Kurtis Mantronix to Prince Paul and the Dust Brothers, who made beats for the Beastie Boys among others Endtroducing‚ pushed the hip-hop template into a different dimension. Instrumental, contemplative, emotional, moody, often beautiful, the music on this record somehow managed to reanimate ghostly, forgotten records of the past and recast them in dynamic and crucial shapes. 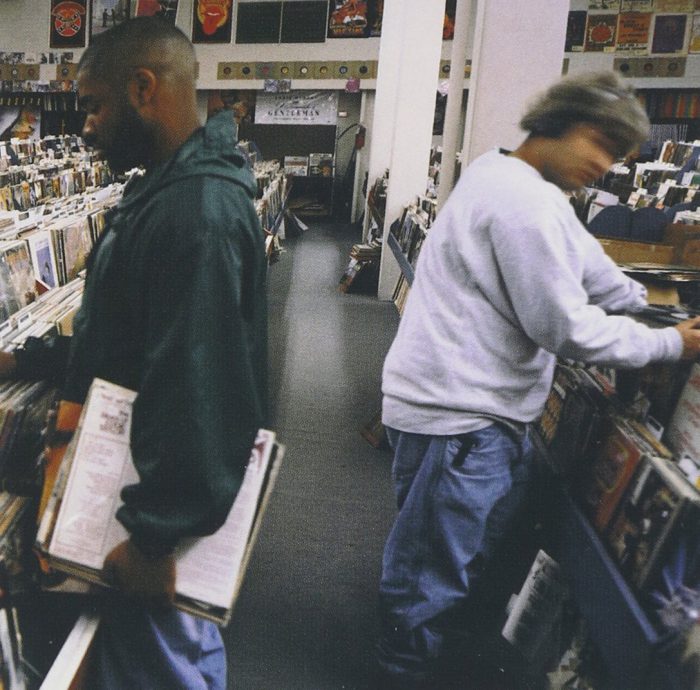 Raised in the town of Davis in California, DJ Shadow caught the hip-hop bug young, becoming obsessed with scratching and rap records. He taught himself to scratch with some belt drive turntables, got a reputation as a radio DJ on station KDVS, and became an in-house producer for hip-hop label Hollywood BASIC in the early 90s, brought through by mentor Dave Funken Klein. But his music was different, and a beat he made for South African rap group Zimbabwe Legit got him noticed by James Lavelle, owner of London’s hip label Mo Wax.

Read More: Album of the Month: Dr. Dre ‘The Chronic’

Cutting hugely innovative early 12s for them, like In/Flux‚ and Lost and Found, tunes that did things with a sampler  (his chosen Akai MPC-60) that no one else had done, Shadow got noticed quickly. Aligned with the trip hop movement that was building steam in the UK with acts like Massive Attack and Portishead, DJ Shadow’s music stood on its own, deeply ingrained in hip hop culture, but something transcendent, endlessly imitated but never bettered. 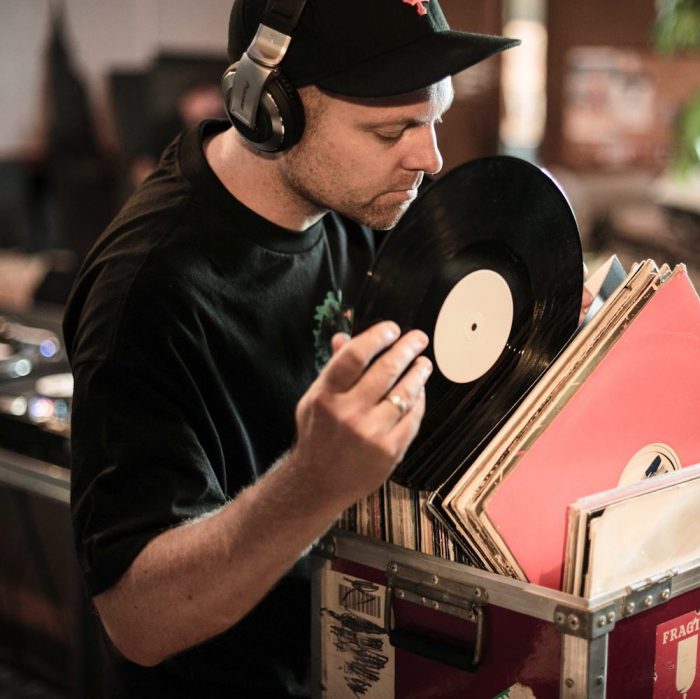 Endtroducing remains his crowning achievement, a huge hit with the public and critics alike. Elevating sampling to a virtuoso artform, where in the past hip hop producers had layered basslines, loops and beats together from often recognisable sources, Shadow took a pointillist approach, chopping micro segments of different tunes and knitting the whole into something unrecognisable and icy fresh.

It‚s the obscurity and strangeness of his sources that gives his music an enigmatic quality. Though you can do a Google search today and sniff out what many of those samples are, the mind still boggles how he put them together in such a clever and powerful way.

Read More: The Legacy Of Aaliyah In Five Records

These are accessible, even radio-friendly tracks, tunes that everyone can, and it seems most still do enjoy. Organ Donor, with its cheeky psyche rock church organ and slamming beat is pure pop, while Midnight In a Perfect World, with its haunting mood, still raises goosebumps. But it’s taken together, as a full hit, that this album makes the most sense and gets under your skin. 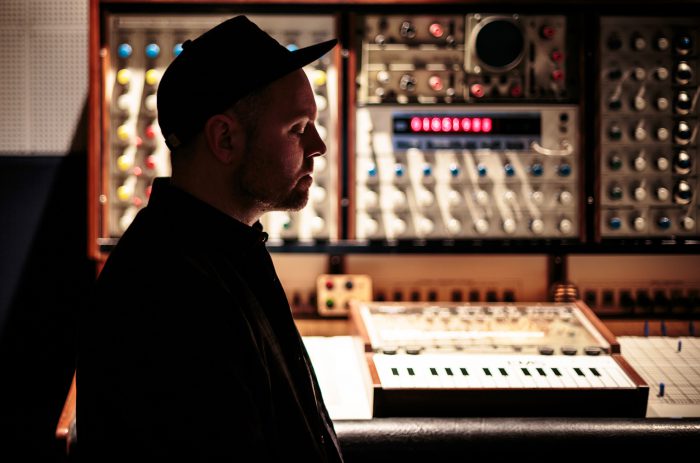 Like the jazz and soul producers and arrangers he looked up to ˜ David Axelrod, Quincy Jones ˜ DJ Shadow is content to be just that, looming in the background, pushing the sounds to the forefront, a cipher who conducts and meticulously oversees, rather than interferes with, the music.

Interviewed by Eliot Wilder, talking about the origins of his name, Shadow reflected: ‘A lot of producers, like Herbie Lovebug and Marley Marl, started coming out with records where they were trying to push themselves to the forefront. And for whatever reason I felt that was missing the point of what a producer’s role should be. So Shadow represented the fact that I thought that producers should stick to being in the background.

Still, in his knitting together of different sounds, the choice of records used to create his hypnotic patchworks of beats and pieces, the emotions and souls of hundreds of other, forgotten dusty artists are channelled. The past is transfigured into a new form that carries the emotions of the producer who has bound them all together. Looking back on the making of Introducing‚ Josh remembers his philosophy was to transform his environment into an expression that was entirely his own. “the way that I make music” Shadow said “is take what’s around you and subvert it into something that’s 100 percent you but also has a cultural connection in the way that it was done before.”

In his ingenious mix, nostalgia and heady reminiscence are bound together by thunderous beats, but ultimately the heady wax and wane of memory, and all the bittersweet things it entails, are evoked. Perhaps the real reason we can all identify with Endtroducing‚ is that there are no lyrics, bar the odd sampled vox, to speak of. In the cinematic atmospheres Josh creates, we can retreat into our own memories and become lost in the sceneries that he creates.

Comforting in places, sad in others, redemptive even, Endtroducing may mark a moment in time, but it exists outside it. It is timeless in fact.

Behind The Counter US 2022: Rock and Soul DJ Equipment and...