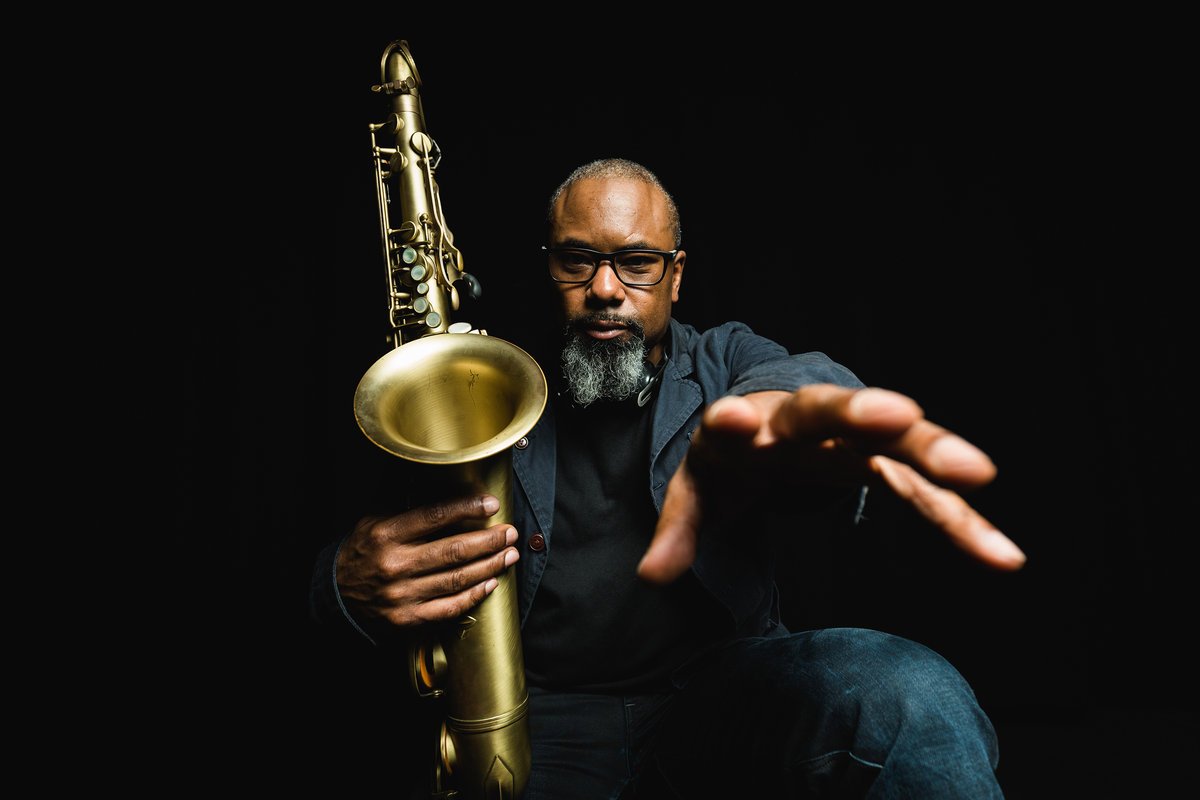 Ahead of our event at The British Library we asked British saxophonist and composer Denys Baptiste to lift the lid on his favourite albums by his hero John Coltrane.

“In 1957 Coltrane kicked his heroin and alcohol habits and this marked a significant change in the quality of Coltrane’s music and Blue Train was the first album he recorded after that difficult period. All are his compositions, except ‘I’m old fashioned’, and his originals are all timeless statements. Here you can clearly hear his potential and a clarity of thought not heard before.The varied blues forms demonstrate his love of blues and the new musical language that was the true beginning of his final 10 years. It was also his only Blue Note recording as a leader, so it sounds fantastic.”

“It’s a pretty obscure album. Originally released under Ceil Taylor’s name, it was rereleased with Coltrane as a leader in 1959. I love this album because the collaboration with Cecil Taylor seems to make Coltrane adapt his playing style, incorporating the sheets of sound approach he was using with Miles Davis and an avant garde approach, with advanced techniques that would not be heard again until a few year later on his Impulse albums.”

“What can I say… This is a masterpiece. Compositionally, the themes are very simple, allowing Coltrane space to explore the spiritual aspect of his music, which comes through very strongly. Although it can sound very free to the uninitiated he demonstrates incredible control to create the mood. ‘Psalm’ is apparently a rough phonetic representation of the prayer displayed on the back of the CD. I used this technique to compose my 2003 album Let Freedom Ring.”

“In 1965 Coltrane produced a clutch of classic albums, including Cresent. Transition stands out for me. Following A Love Supreme the album showcases Coltrane’s command of both the instrument and harmony, whereas A Love Supreme is incredibly controlled. Transition is pushing the boundaries and in places feels more like a live gig. The title track features two solos from Coltrane, where the second is more intense and freer, giving an insight into where he is going musically on his later work.”

“To fully appreciate the power of Coltrane’s music the live recordings are a must. This album features the longest solo he ever recorded, at over 25 minutes! The endless flow of ideas and the sheer physical stamina required to play a solo of this length is awe inspiring. McCoy Tyner’s solo on ‘Afro Blue’ is an epic demonstration of his inventiveness and powerful technique. ‘Song of Praise’ is another highlight but what really sticks with me is the almost telepathic communication in the band. This is where the real music happens.”

Watch the full video from our event with Denys Baptiste at The British Library on ‘A Love Supreme’ below.

Check out the photo gallery from the event

Check out our amazing John Coltrane ‘A Love Supreme’ posters

Listen to our Worldwide FM radio special for John Coltrane ‘A Love Supreme’ below.