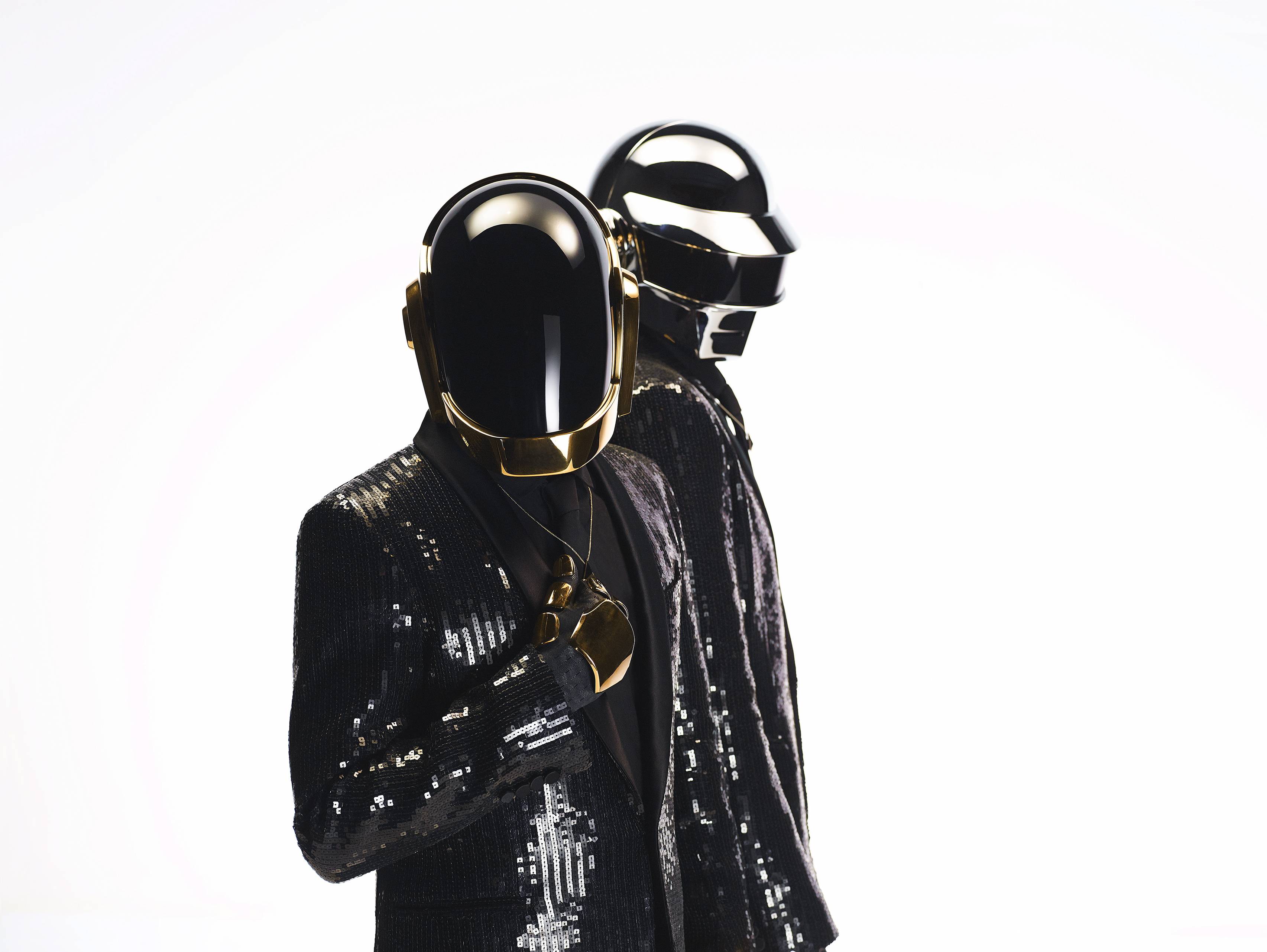 Since the release of Discovery, Daft Punk has become has become the iconic leader of electronic music around the world. Their mysterious identity makes people crave their music, and they satisfied these urges with singles that have manipulated the face of popular music multiple times, starting with “One More Time” and most recently with “Get Lucky”. Their Alive 2007 tour is known to have sparked the USA’s EDM movement, which has assumed equal popularity to rock and hip hop today. Many artists representative of Daft Punk’s influences are present here, from Justice to Skrillex.

LCD Soundsystem’s James Murphy has been very vocal about his admiration to the legendary French duo through his music. His first album’s lead single assumed bragging rights that “Daft Punk was playing [his] house”, which is an easy way to become the coolest kid in town. In “Dance Yrself Clean”, Murphy and his band insanely energetic, synth-led track that consistently goes up and down, as if he asks you to dance your heart out, take a break, and then start again. Since then, the band released three excellent records, broken up, and reunited. Today, they hold a significant influence in electronic music for their brand of dance punk, are a major influence on the a well-respected and successful DFA Records, and dominate on stage with epic, full band live performances.

When Thomas Bangalter and Guy-Manuel de Homem-Christo made their first break into the music industry, they were members of a rock band called Darlin’, which also featured Laurent Brancowitz, guitarist of French rock band Phoenix. Phoenix infuses rock into electronic music similarly to LCD Soundsystem, but their direction is more guitar-led. Laurent and guitarist Christian Mazzalai play off each other well to create guitar lines that are sweet to the ear and donate unique texture to “1901″, next to the song’s both synth lines. Since their days as bandmates, Daft Punk and Phoenix have appeared on stage together but haven’t collaborated more than that.

Daft Punk’s third album, Human After All, is known to be the band’s return to their techno/rave roots and the rejuvenation of France’s electronic scene, inspiring bands like Justice to form. Justice takes the grimy electronics and rock elements donated to Human After All and gave them new life. “Genesis”, the opening song from their fantastic debut, †, sounds like a huge, electronic monster in its beginning seconds, and it only becomes more powerful as the song’s contagious riffs circulate in your mind.

The vocal arrangements locked in the grooves of Discovery are a major reason why its legacy stands strong today as it did upon its release in 2003. Disclosure’s debut album, Settle, was inspired by that influence and includes an impressive roster of pop vocalists on its tracks, many of which who have become quite popular thanks to their involvement. “Latch” is the best example of that. Sam Smith’s vocals explore the entirety of his range over the duo’s thumping electronics and are undeniably contagious. Since then, both artists have reached stadium-headliner status, and they would both attest that “Latch” is the sole reason behind that success.

Skrillex First of the Year (Equinox)

One of Daft Punk’s goals in sharing their music is to sell rock kids on electronic music. When Sonny Moore, aka Skrillex, saw the duo rock in their epic pyramid during their Alive 2007 tour, he was sold. Moore was previously a vocalist in post-hardcore band From First to Last, and his first successful solo effort infused London-based dub step into the American music scene. “First of the Year (Equinox)” is the best example of Skrillex’s genius within the genre: its short vocal sample is manipulated in dozens of ways to build its main melody; the “call 911” sample before the bass drop is a perfect indicator for the panic that ensues after it’s played; and by the end, he’s blends all moods expressed throughout the song into a beautiful conclusion. While EDM is a crowded genre, Skrillex is definitely a DJ that proudly stands out.

After the success of Kanye West’s first use of Daft Punk’s music, using “Hard, Better, Faster, Stronger” on Graduation’s “Stronger”, he convinced Bangalter and de Homem-Christo to collaborate again on West’s most visceral album, Yeezus. Daft Punk made an impact on a few of the album’s tracks, but “On Sight” is my personal favorite. The demonic introduction sounds like two computers fighting against each other, similarly to some of the sounds on Homework. The children’s choir sample is simply beautiful, as well— it’s inserted so randomly, but when it goes away, it’s hard to forget how beautifully it fits into the track. Daft Punk doesn’t collaborate often, but their work on Yeezus proves their pickiness to be worth it.

When you listen to the first minute of “MBGATE”, you might say, “what is going on here?” Don’t worry— Max Tundra does that on purpose. Instead, challenge yourself to understand all of the pieces in the mix. Eventually, he places a catchy vocal sample that brings everything together without dropping any of the previous layers. It’s extremely rewarding to hear, if you understand how the previous layers make up the complete product. The final arrangement is something Daft Punk would have toyed around with on Human After All and can invigorate any dance club.

The unique of blend of hip hop and rock contained into Ratatat’s music has never been pinned down by a specific genre, but it’s strikingly similar to Daft Punk. Ratatat’s debut album was released before Discovery, and it’s possible Daft Punk was inspired by their to create the rock sounds donated to Human After All and Random Access Memories. “Loud Pipes” is a chill but rock out-worthy track filled with funky guitar lines and smooth keyboard lines and is a refreshing track in this electronic-heavy mix.

Digitalism spawned from the same French label that initially discovered Daft Punk, Kitsuné. They mad their first impact on the electronic music scene with a series of successful remixes, including songs by The Cure, The White Stripes, and Daft Punk, and their debut album,Idealism, includes some of those along with “Idealistic”. It’s an appropriate follow-up to Ratatat, given the heavy guitar in the main riff, but the static and synths that follow show dedication to Daft Punk and what they created with their debut, Homework.

The Rapture House of Jealous Lovers

LCD Soundsystem’s James Murphy is an important icon for creating dance punk music and introducing rock kids to the hardcore nature of electronic music. He dedicated a lot of effort to make The Rapture a face of that movement when he produced their debut,Echoes. “House of Jealous Lovers” makes you want to dance wildly and contains all of the high tension of an club banger using rock instruments.

Kavinsky’s is known for being the perfect music for night time driving, as evidenced by Outrun’s album artwork. “Protovision” fits right in with the Justice and Digitalism tracks on this playlist with his distorted electronics and epic guitar lines, but the rest of this album is more radio-friendly than this track. Nonetheless, this track is perfect for midnight drive and speeding down an open road.