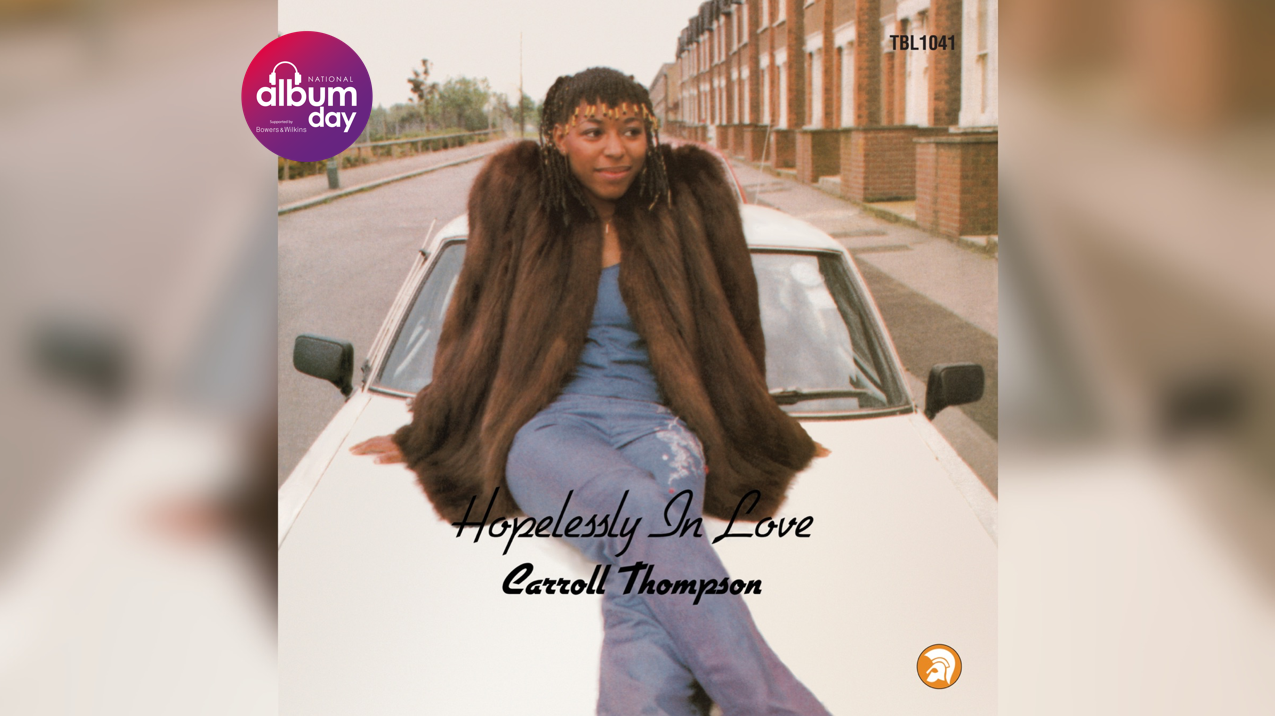 Carroll Thompson joins Colleen ‘Cosmo’ Murphy at The British Library on Thursday 14th October 2021 at 7:30pm to discuss the story of Lovers Rock and her classic album, Hopelessly In Love. Known as ‘The Queen of Lovers Rock’, the uniquely British flavour of reggae music that remains as popular as ever, Carroll will talk about her special place and career in music, and we get to hear some classic tracks in an all-vinyl listening session.

Carroll Thompson took the British music scene by storm in 1980 with her classic single ‘Simply In Love’ and her breathtaking follow up ‘Hopelessly In Love’. The album of the same name ensured her enduring legacy. The album has been remastered and re-issued on its 40th anniversary and to mark National Album Day.

Music from the discussion will be played on a world class hi-fi system with Bowers & Wilkins’ exceptional new 800 Series Diamond loudspeakers – the renowned audio brand’s most revered and advanced range of loudspeakers.

Carroll Thompson is an award-winning singer, songwriter and composer, who not only performed and penned all her work, but also co-produced the vast majority of it, including all of Hopelessly In Love. She has arranged and provided vocals for luminaries including Michael Jackson, Sade, Stevie Wonder, Pet Shop Boys, B B  King, Annie Lennox and many more. She was included in Evening Standard’s 100 Best Black Britons list, has received an Outstanding Contribution To Black Music Award, was Barclays UK ‘Woman of Merit’ for 2007 and her musical achievements are currently being collated by the Jamaican government as part of the UNESCO Cultural Global Heritage Initiative for the protection & recognition of reggae music. Having just signed a deal with BMG and Trojan Records, fans can expect to hear more from Carroll in the near future.

Please arrive no later than 15 minutes before the start time of this event. We are committed to the safety of our event bookers.