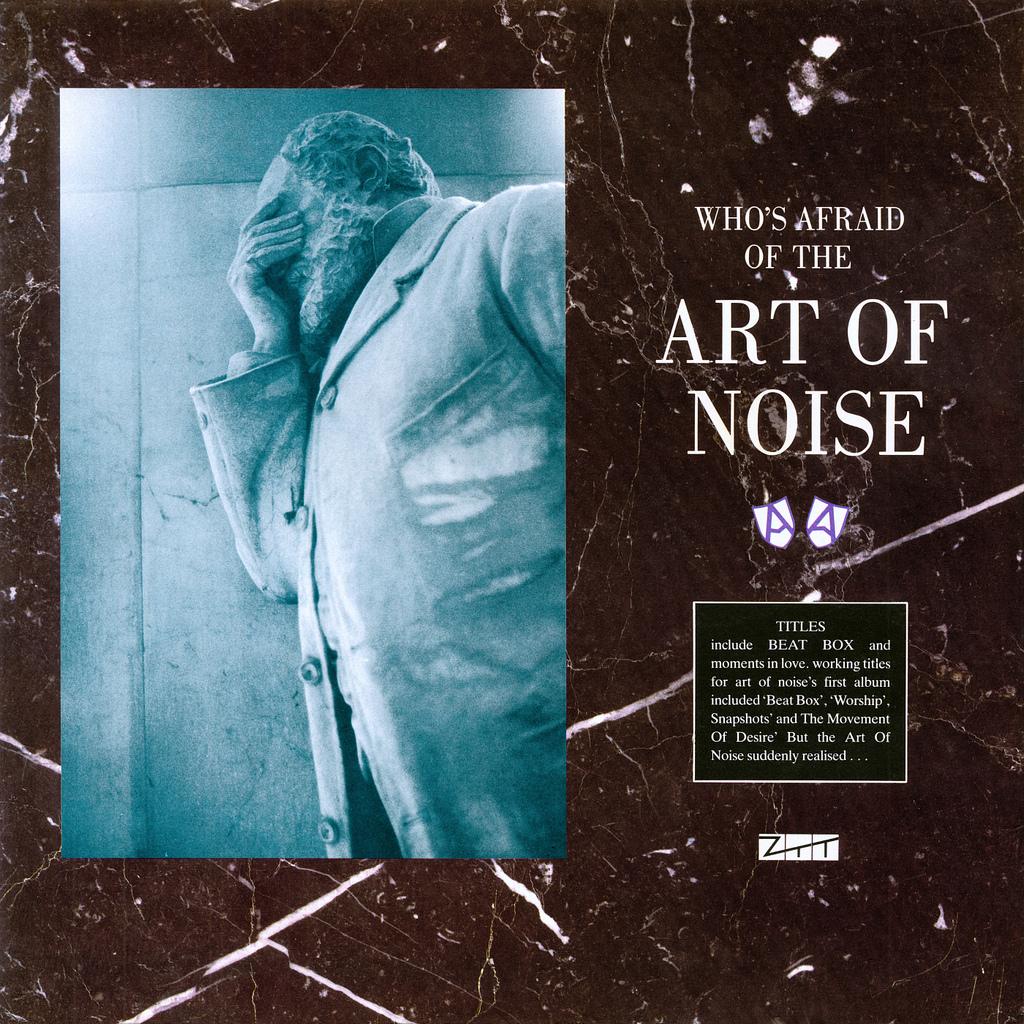 Who’s Afraid Of The Art Of Noise? was originally released in 1984 and acted as the perfect illustration of the changing dynamics of not only how music sounded, but also how it was to be created in the future. The lines had become increasingly blurred between the artist and producer, not only their roles within the studio, but also their roles within the finished product. George Martin was referred to as the fifth Beatle for his influence on their sound, Brian Eno would develop the idea of the ‘studio as a compositional tool’ and Trevor Horn would go on to define the sound of the 80’s through his work with acts such as Frankie Goes to Hollywood and Seal.

The Art Of Noise developed the idea of a ‘group without faces’, the ‘band’ was created by engineer/producer Gary Langan and programmer J. J. Jeczalik, along with arranger Anne Dudley, producer Trevor Horn, music journalist Paul Morley and was without a traditional frontman. The sound was created from a pallet of samples, field recordings and synthesis, blurring the lines between the recognisable genres of new wave, rock, pop and dance music.

Join us for this special one off event which will feature Trevor Horn, Anne Dudley and Paul Morley all in attendance and talking openly about their memories of The Art Of Noise and their classic debut. The album will be replayed in full on our world-class audiophile Classic Album Sundays hi-fi provided by KEF, Sonority Design and Sonata Hi-FI and the replay will be followed by an opportunity for the guests to ask the band the questions they have always wanted to ask.

This will be a very intimate event and seating will be VERY limited.

My Classic Album: Nitin Sawhney on ‘Beyond Skin’