Kicking off a new chapter at Nowadays. Starting October 14th, the NYC edition of the communal active listening sessions founded by Colleen ‘Cosmo’ Murphy dives into Sonic Youth’s Daydream Nation, an album that turns 30 this year.

We invite you to take a seat in front of the hifi, listen and learn with your hosts, Paul Raffaele & Barbie Bertisch, founders of Love Injection Fanzine. Join us monthly on a Sunday to unpack some of the most iconic LPs in existence.

Please note this is a seated event starting at 12 (noon) sharp, kicking off with context music and a proper introduction. Full album playback starts at 1pm. Food and drinks will be available, and anyone who comes for CAS will get in free to Mister Sunday, which starts at 3pm at Nowadays. 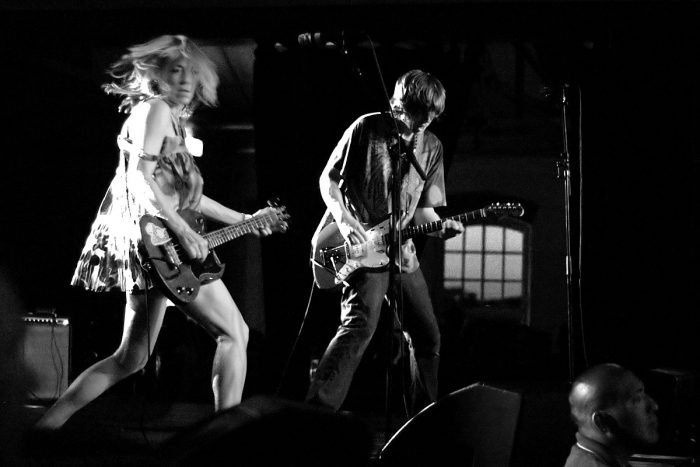 Not that there wasn’t plenty of underground music in the U.S. before this album’s 1988 release—hardcore punk, high-art avant garde, quirky college rock, DIY, weirdo regional scenes. But the notion that all those Reagan-era discontents might be in the same boat—a new Alternative Nation just beginning to converge—hadn’t yet been fully articulated. Sonic Youth sensed that convergence in the making, and they were pretty sure it had something to do with Dinosaur Jr.: “A new aesthetic of youth culture,” Thurston Moore called it in Matthew Stearns’ 33 1/3 book about the album, “wherein anger and distaste, attributes associated with punk energy, were coolly replaced by head-in-the-clouds outer limits brilliance.”

Join us at one of our album listening sessions around the world to experience Sonic Youth in a way you never have before.