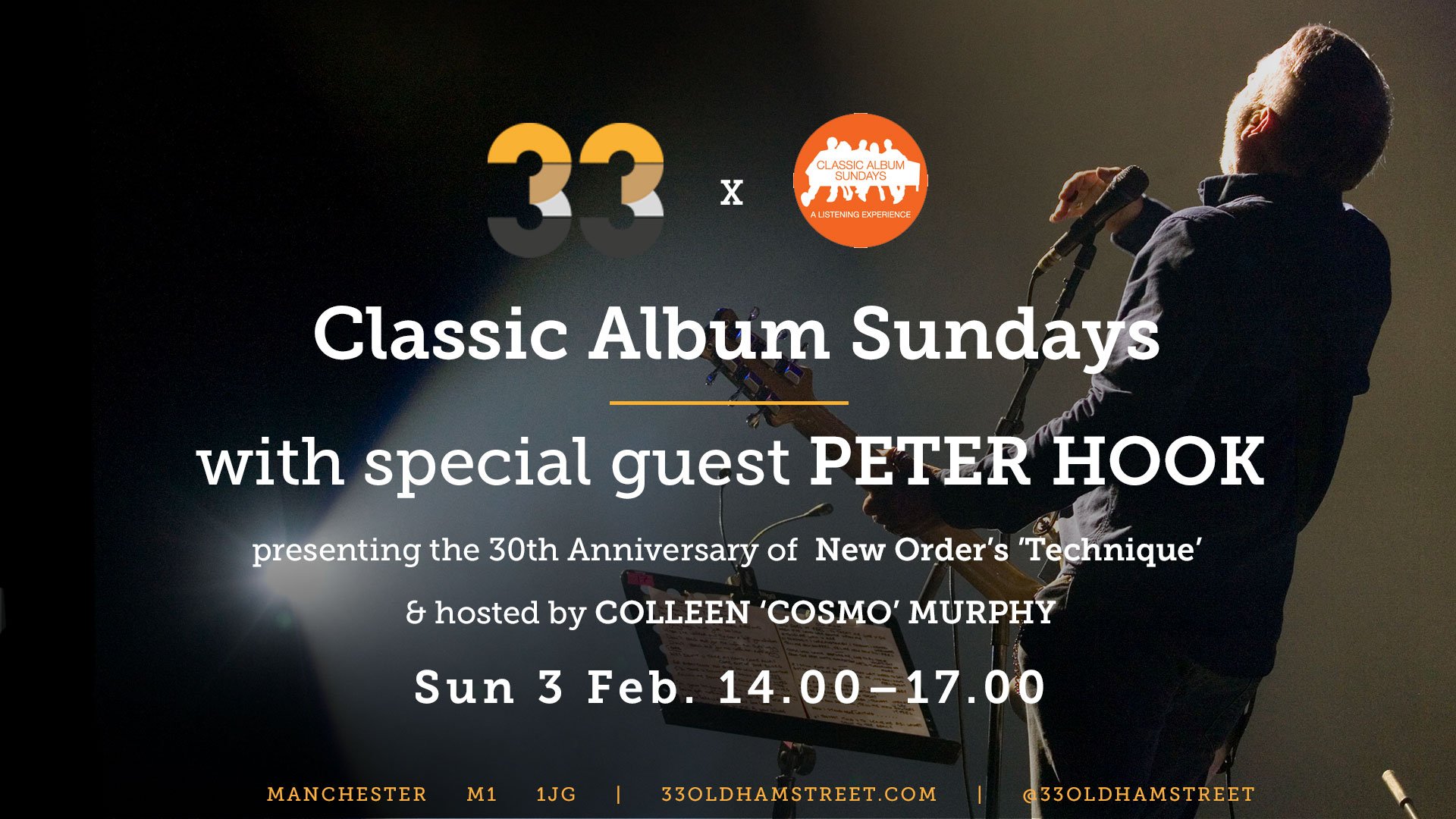 THIS EVENT IS NOW SOLD OUT

While The Hacienda got a jump start with acid house, New Order decamped to Ibiza and amidst the hedonism managed to (partly) record an album that would take them to Number One in the UK Album Chart. Listen to the story behind the album with co-founding member Peter Hook followed by an uninterrupted vinyl replay on the 33 Oldham Street audiophile hi-fi. The session will conclude with a Q&A in which fans can ask their own questions.

Experience ’Technique’ in a way you never have before with Classic Album Sundays Manchester on 33 Oldham Street’s top notch sound system. Capacity is limited and we suggest you purchase tickets in advance to avoid disappointment, as this event will sell out quickly.

“Technique”, New Order’s fifth studio album chronicles the impact of acid house on the band, marking the clearest statement of the rock and dance influences that were shaping their output. Released in January 1989, just after the bands infamous G-Mex gig and aftershow downstairs at The Hacienda in December 1988, it became New Order’s first album to go to number one in the UK. It was also hugely successful in the United States where the influence of Quincy Jones’ Qwest label regularly got the band’s singles to the top of the American dance charts.

Hooky has recently taken to touring “Technique”, playing the album in full with his band The Light as part of his project working through the full albums with the bands. Following a trio of very well received UK debut dates last September, the band take to the road in the UK again in February with six dates performing the album, half of which are already sold out but some tickets remain for the Nottingham, Leeds & Cardiff concerts. For a full list of upcoming dates, see www.peterhookandthelight.live.

33 Oldham is the perfect venue to enjoy Classic Album Sundays and this unique listening experience. Inspired by Japan’s famed omakase joint, the first floor listening room pays homage to the intimate jazz cafés and vinyl bars found in Tokyo since the 1950s. The stylish but comfortable lounge is a workspace by day and chic bar by night, seeing an impressive sound system based around the PMC MB2SE speakers taking centre stage – one of the best transducers ever made to convey emotion through music. 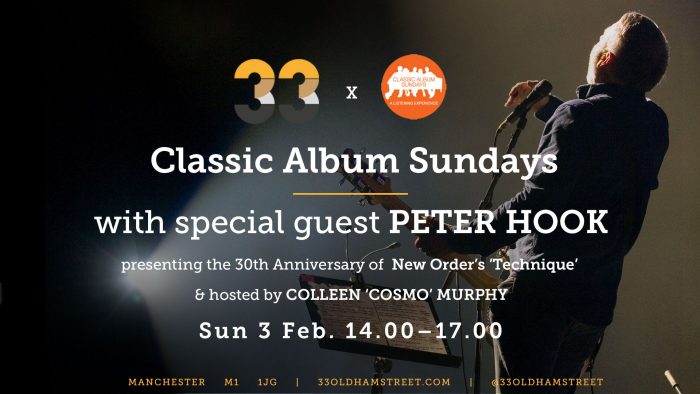