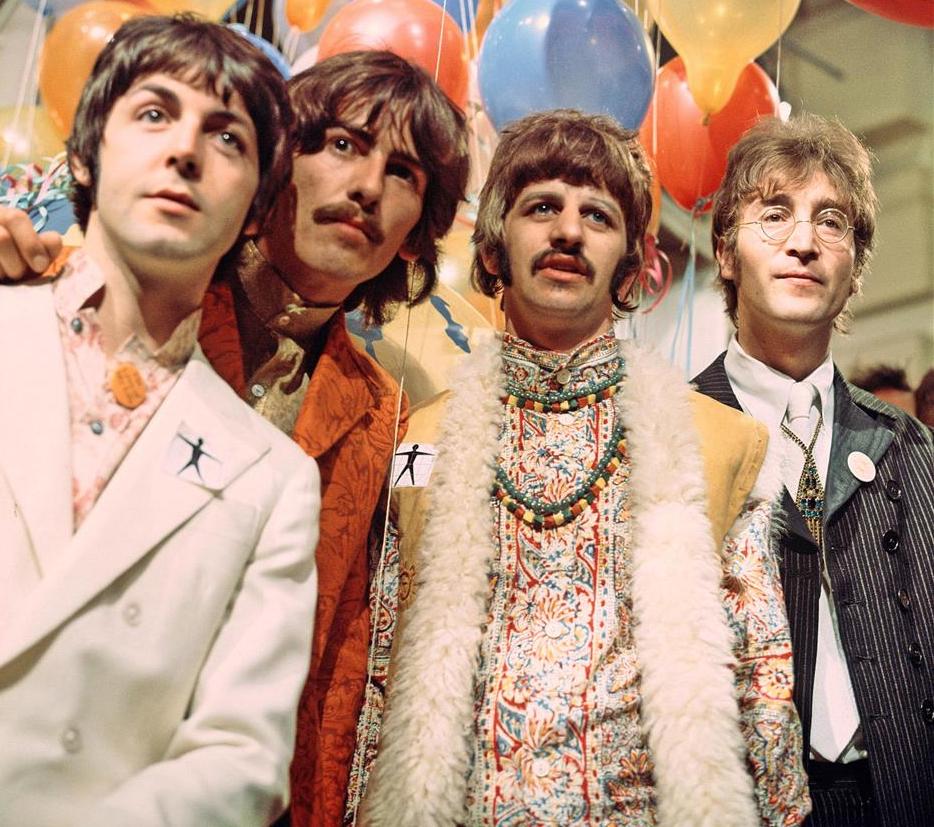 After releasing nearly two records a year since 1963 and touring with the frustration of not being able to hear themselves play due to bad PA’s and the ridiculously loud screaming of the audience, The Beatles decided to retire from life on the road and took a well-deserved break in 1966. Ringo retreated to family life, George to India, John attended art galleries in London meeting Yoko in the process and Paul went to Kenya with girlfriend Jane Asher and on the return journey came up with the concept for their next album. Maybe in response to The Beatles monstrous success and as a way to distance themselves from the pressures of mega stardom, he decided they should create a fictional band. Inspired by some of the contemporary long-winded band names like Country Joe and the Fish, Paul came up with Sgt. Pepper’s Lonely Hearts Club Band. 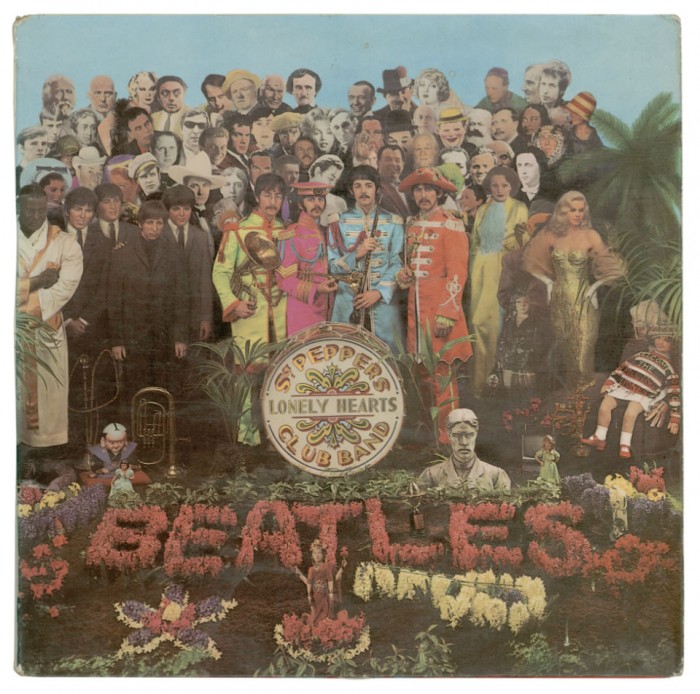 Returning to the studio in November, the band started by recording their next single “Penny Lane” and “Strawberry Fields” which set the child-like vision and psychedelic tone for the ensuing album. In comparison with recording their debut “Please Please Me” in about 1o hours, the Beatles spent 129 days in the studio making the masterpiece that would forever change pop music.

Their producer George Martin was game and together they experimented and did things that were not normally done on pop records. The stories abound such as the random tape montage of the circus on “Being for the Benefit of Mr. Kite!” and the recording of the masked orchestra for “A Day in the Life”.  And it was all done on two four tracks with Martin heavily utilizing the process of “bouncing down”. This process would be much imitated until the advent of 8-track, 16-track and later 24-track recorders.

The production was only one of the ways in which the album was groundbreaking. Regarding the songwriting, some of the songs were influenced by psychedelics as the bandmembers had started experimenting with LSD. It was also visually stimulating as it was the first album to print the lyrics, one of the first pop records to have a gatefold sleeve and also came with a set of cardboard cut-outs, not to mention Peter Blake’s famous record cover. Because of its significant impact, it was the first rock album to receive the Grammy for Album of the Year.

Classic Album Sundays will be celebrating 50 years of “Sgt Pepper” with events in London, Oslo and Kansas City during June.

Full details of these events and tickets can be found here.