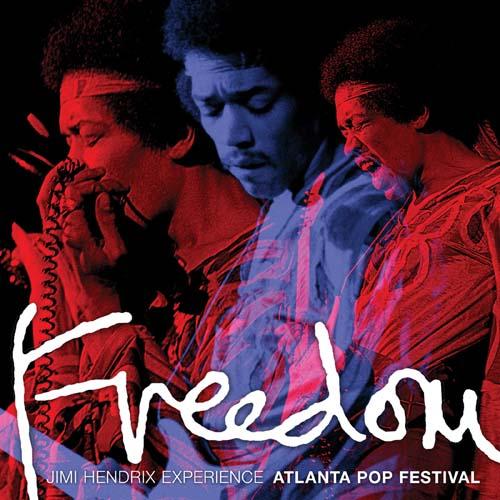 Classic Album Sundays in partnership with Experience Hendrix and Sony Legacy, will be hosting a very special evening at Proud Camden on Tuesday 6th October from 6:30 to 8:30pm marking the launch of the photographic exhibition, ‘Jimi Hendrix by Eddie Kramer’ and the upcoming release of The Jimi Hendrix Experience ‘Freedom: Atlanta Pop Festival’. For this event, Hendrix producer Eddie Kramer will speak with CAS founder Colleen ‘Cosmo’ Murphy about his work and friendship with the legendary guitarist and throughout the interview, they will feature songs from upcoming Jimi Hendrix Experience release Freedom: Atlanta Pop Festival on the world-class CAS hi-fi. Following the interview, guests will be able to experience a special private viewing of  Eddie’s photographic exhibition ‘Jimi Hendrix by Eddie Kramer’ – featuring previously unseen and rare images of Hendrix, captured by Kramer himself, whilst sipping complimentary 808 Whisky cocktails and listening to a full replay of the album on Classic Album Sundays world class audiophile soundsystem.

By the beginning of the 1970s, Jimi Hendrix was unquestionably one of the most exciting rock musicians of his generation, having captivated the world with his highly stylized approach to blues guitar. His performance at the Second Atlanta International Pop Festival was not only significant on a musical level, but also in terms of socio-political dynamics. The organisers were keen to push back against the cultural divide that was very much in evidence in the Deep South. It was assumed that rural audiences would not take kindly to “long-hair” bands, and that black and white artists could not comfortably exist on the same bill; Atlanta Pop set out to challenge those beliefs. Hendrix’s music and message of universal love made him the ideal artist to represent that pushback, and, appropriately, was the first act booked for the festival.

Standout performances include such Hendrix classics as “Hey Joe,” “Voodoo Child (Slight Return),” “Purple Haze,” as well as confident, compelling versions of songs such as “Room Full Of Mirrors,” “Freedom,” and “Straight Ahead” that had not yet been issued by Jimi on an Experience album, but were intended to be part of the album he was working on that summer. “The Star Spangled Banner,” played against a backdrop of exploding fireworks, is another highlight.

The audio release Freedom: Atlanta Pop Festival has been recently released by Sony Legacy, and precedes a DVD/Blu-Ray release titled ‘Electric Church’, a new film which documents the music legend’s 4th July Atlanta Pop set and the circumstances surrounding it (to be released 30th October).

This is sure to be a very popular event, so please make sure you get your tickets early!