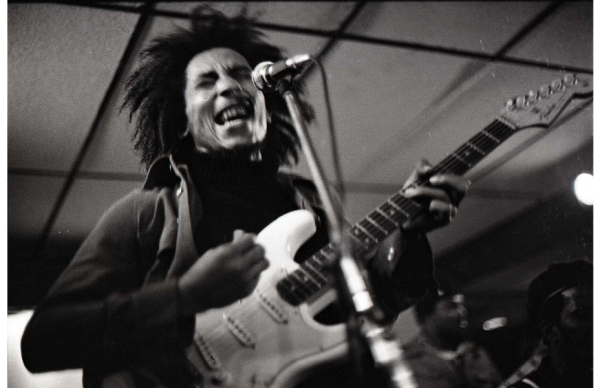 In April 1973, a small band of musicians from the island of Jamaica landed in a cold and dreary London to begin recording their latest album, Burnin’, for the rising British label, Island Records. Known then simply as The Wailers, Peter Tosh, Bunny Wailer, and Bob Marley, alongside their backing band of keyboardist Earl “Way” Lindo, drummer Carlton Barrett, and bassist Aston “Family Man” Barrett, were on the cusp of something big. 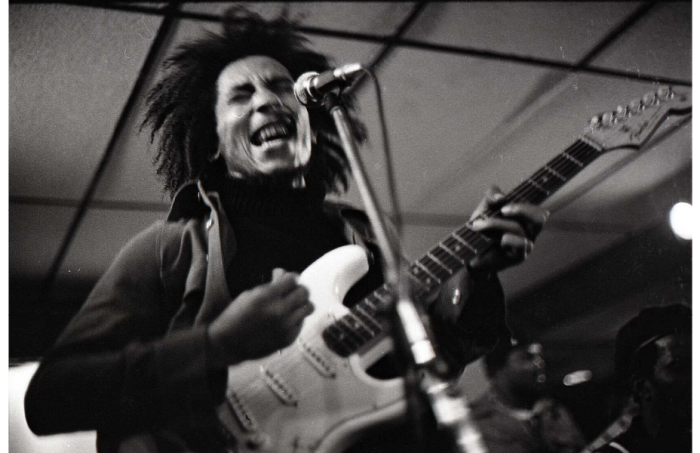 Having steadily gained a foothold in Jamaica’s precarious music industry, the band arrived in the UK with their eyes on a far greater prize; the international attention that could only be secured by the muscle of a major European label. This process, of course, would be far from simple and not without its sacrifices.

The Ska era was defined by the seven-inch single, and in the years between ’63-’66 The Wailer’s recorded several brilliant ones, including the anti-rudeboy anthem “Simmer Down” and early incarnations of future international hits such as “One Love”, “Maga Dog” and “Who Feels It Knows It.” The Wailer’s became mainstays of the iconic Studio One and in the process Marley gradually surfaced as the group’s natural leader, alongside significant input from Tosh and Wailer, and the trio cemented themselves as the core powerhouse of the band long before the departure of Junior Braithwaite, Beverly Kelso and Cherry Smith in 1966.

By the late ‘60s, The Wailer’s were also making a conscious effort to expand their audience beyond the shores of Jamaica.This was a period of significant tension within the band, as they struggled to strike a balance between Jamaican identity and mass-cultural finesse.

But it was the introduction of The Wailers to the Jamaican-born UK-Based label head Chris Blackwell which would truly cement their mainstream rise. Blackwell was of course in charge of Island Records, which had previously licensed some of The Wailers’ most popular songs for UK release, and had recently lost it’s foremost UK reggae star, Jimmy Cliff. Laying eyes on Marley for the first time, Blackwell was certain he had found a spiritual successor, someone who could “be the way to break Jamaican music” to an english audience raised on a limited diet of sixties rock and pop. 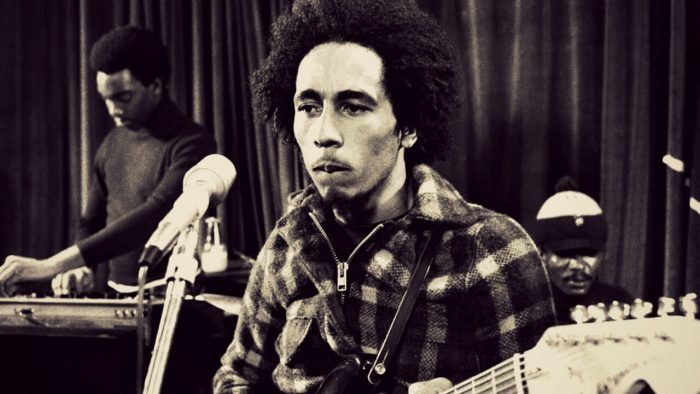 The roots of Burnin’ lay entwined in this period of changing identity. Laying down basic takes in Harry J’s studio, between periods of touring and promoting the critically acclaimed but commercially lukewarm Catch A Fire, the Wailer’s were subsequently encouraged to make the journey over to London for further Island-assisted recording sessions.

Not long after touchdown The Wailers had already begun a string of performances under the banner of their continued Catch A Fire tour. But these shows were also the testing ground for a new arsenal of songs (such as ‘Rastaman Chant’) which were to form the backbone of Burnin’. Recording took place in the sparse gaps of The Wailers exhaustive performance schedule, as the band sought to solidify their burgeoning popularity with a definitive and cohesive musical statement.

A simmering atmosphere had emerged from the frustrations of Peter Tosh and Bunny Wailer, both of whom felt their compositions were being frequently overlooked in favour of Marley’s increasingly accomplished songs. Marley, apparently not without unease at the situation, offered Peter Tosh the chance to sing a verse on Burnin’s iconic opener to ensure his band-mate received a co-songwriting credit.

And it was the anthemic stylings of this song, the righteous ‘Get Up, Stand Up’, in which the band’s musical style was moving full-steam ahead. One of Marley’s lyrical collaborations with Esther Anderson, the song embodies the cultivation of an anti-establishment figure which the latter was particularly keen to explore.

But for all of their efforts to appeal to western palettes, the uniting thread which runs through ‘Burnin’’, and indeed far beyond, is the group’s defiant espousal of Rastafarian ideals, often pitting them against the rapidly growing commercialism of the mid-‘70s international music industry.

And as such it was perhaps inevitable that a musical force as combustible as The Wailer’s was not fated to last. Despite the band’s rapidly building momentum, it’s three core members of Wailer, Tosh and Marley would each go their separate ways after Burnin’, building their own legacies and flourishing as independent songwriters. But it was, of course, Marley who would go on to surmount heights previously thought unimaginable for an artist from Jamaica, retaining The Wailers as a band which would so masterfully bring to life his plethora of timeless songs.

But although it was Marley who became an international icon, the legacy of The Wailers in their original incarnation should never be underestimated. Burnin’ was a fertile moment – here was music that could cut across the boundaries of race, class and creed like little before it, at once both knowingly accessible and subversively rebellious. It was definitive proof that a band of amateur musicians could come from nothing, and in their own small way, change the world.