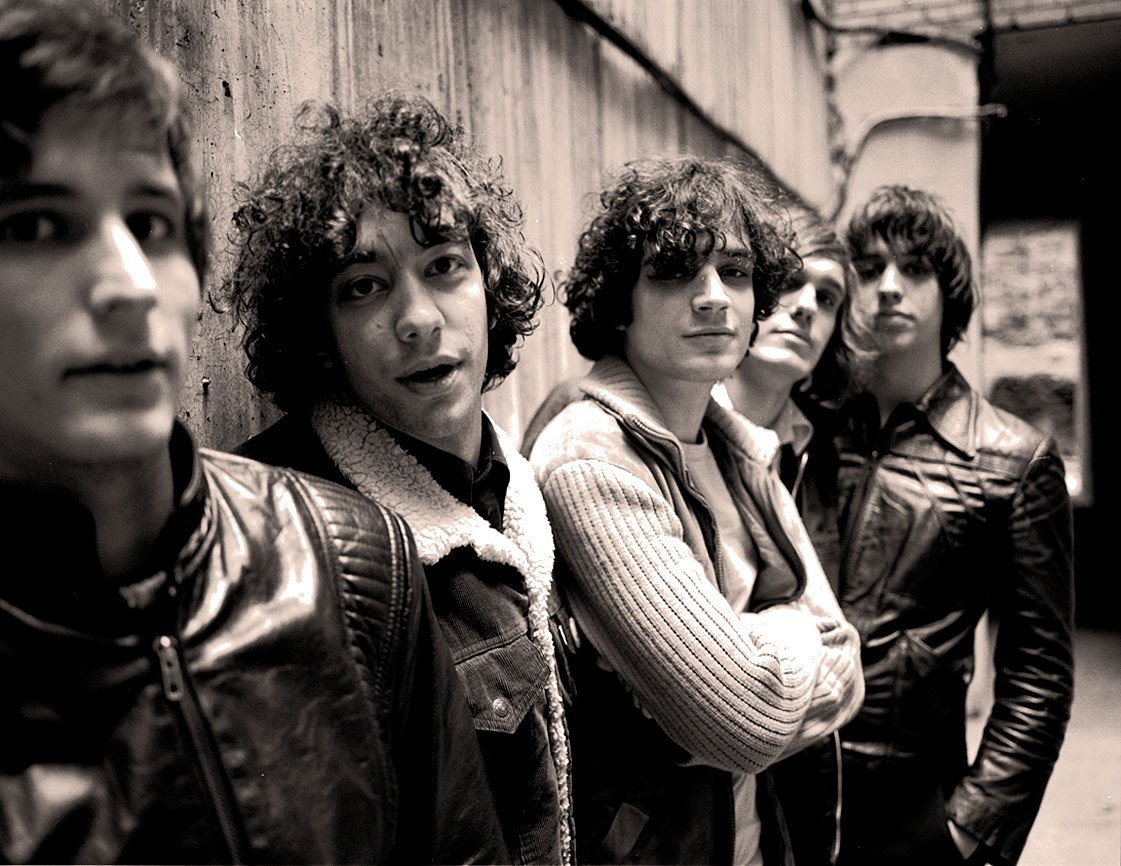 It’s dangerous to be lost inside the hype machine, coined the band as the saviors of rock music with only a mere EP, setting future expectations to unrealistic heights. Luckily, Is This It satisfies and is a classic album that redefined New York City and popular music in 2001. 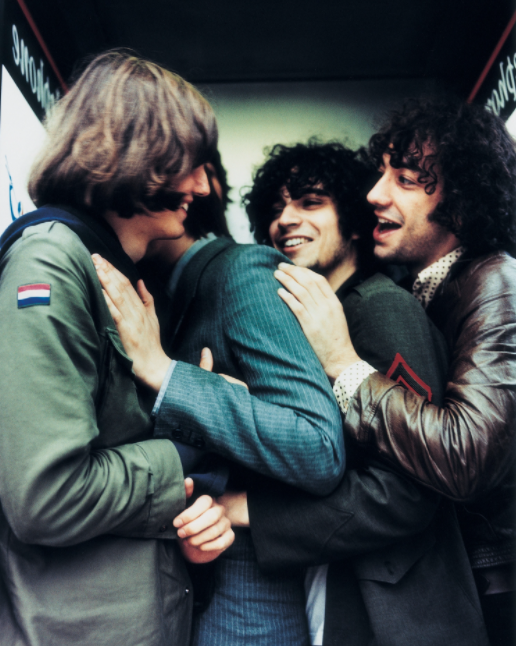 This creative fireball was sparked when a few members were adolescents. Frontman Julien Casablancas, lead guitarist Nick Valensi, and drummer Fabrizio Moretti initially met at Dwight High School on the upper-west side of NYC. They grew up listening to Pearl Jam and Nirvana, drank their first beers and smoked their first joints together and eventually started jamming and writing music. Bassist Nikolai Fraiture met them at the age of 15, and Albert Hammond Jr. went to boarding school with Casablancas in France when they were eight-years-old. They were reconnected when Hammond Jr. moved to NYC for film school and lived across the street from the Elite modeling agency, owned by Casablanca’s father.

Listen: Colleen ‘Cosmo’ Murphy on The Strokes ‘Is This It’ on Classic Album Sundays on Worldwide FM

The Strokes solidified their signature sound when Casablancas received a ‘Best of the Velvet Underground’ CD for Christmas. After spinning it, he morphed his vocals to mimic Lou Reed’s casual swagger and wrote “The Modern Age” in 2000. When Casablancas brought the song to the next practice session, they were inspired to drop all their other tracks and start fresh with renewed energy. Around this time he and and Hammond Jr. took guitar lessons from J.P. Bowerstock who is commonly recognized as an influence of this new sound.

Soon after, The Strokes would get an opportunity to record their songs. Producer Gorgon Raphael attended one of their shows at the Luna Lounge and handed Hammond Jr. a business card following their performance. He and Casablancas would later meet Raphael in his studio where they decided to team up to record The Modern Age EP. This captured their rawest form with Casablancas sounding more like Lou Reed than any other Strokes release. Its three songs are played at an almost out-of-control pace; “The Modern Age”, “Last Nite”, and “Barely Legal” would appear with slightly different lyrics on their debut. 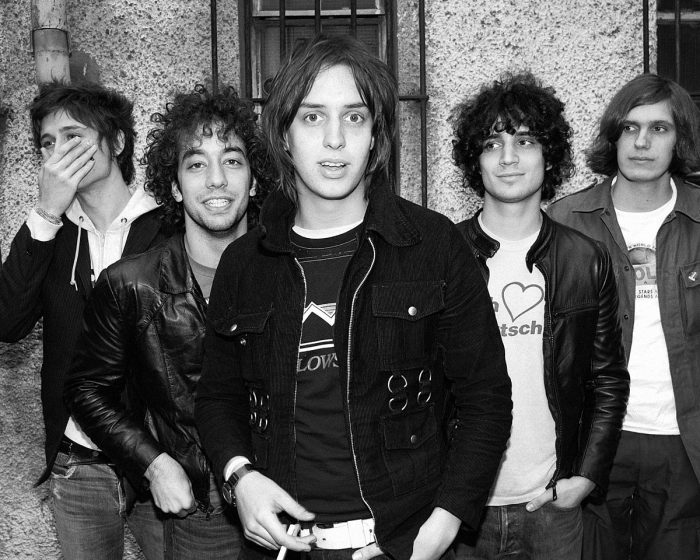 The Modern Age EP quickly fueled overwhelming excitement, thanks to Gentles’ distribution. He and the band passed out and mailed the EP all over New York, and its listeners believed it would put the city back on the musical map. The release would make its biggest impression across the Atlantic— Gentles was inspired by fellow Mercury Lounge booker Matt Hickey to mail a copy to Rough Trade head Geoff Travis. Travis claims he wanted to sign the band after listening to the EP over the phone for only 10 seconds. Rough Trade wasn’t actively pressing records at the time, but he decided to change that for their debut album. 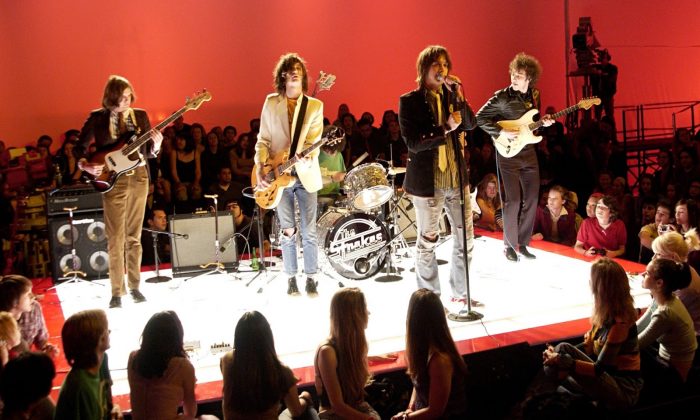 In January 2001, Travis flew the Strokes to London to play their first European shows and hooked them up with a spot on an NME Magazine sampler CD. Their faces were later printed all over the British press, and their performances quickly sold out. The band followed these dates opening for Doves and Guided by Voices in the US, leading to one of the most intense record label bidding battles ever. They signed with RCA Records because they allowed Gentles and the band to own the masters to their own recordings, a rare luxury for an up-and-coming act.

Listen: The Strokes ‘Is This It’ Musical Lead-Up Playlist

The Strokes and Gordon Raphael recorded Is This It at Transporterraum Studios in March and April 2001. They were initially slated to work with Pixies producer Gil Norton, but they thought his interpretation of their work sounded too neat and pretentious. Casablancas proved to be the conceptualist behind their sound after they switched studios. He wanted every note to sound raw and perfect and if needed, was willing to go sixteen hours straight in the studio. Luckily, Raphael was able to turn the frontman’s odd sound descriptions into what he really wanted such as making the vocals sound ‘like a pair of blue jeans’ or drums to ‘smack like a dirty bum that’s been cleaned and shaved’. When RCA heard the final product, they completely missed the point and said it sounded too lo-fi. But the grit that resembled their 1970s influences was exactly what Casablancas wanted.

Casablanca’s vocals sit on their own playing field on Is This It. He recorded his parts through a small Peavey guitar amp and his lyrics reveal the doubts and relationship troubles that surface during his young and free and often drunk nights. There’s nothing complex about what he preaches— most of it reads as common thoughts anyone his age would have. 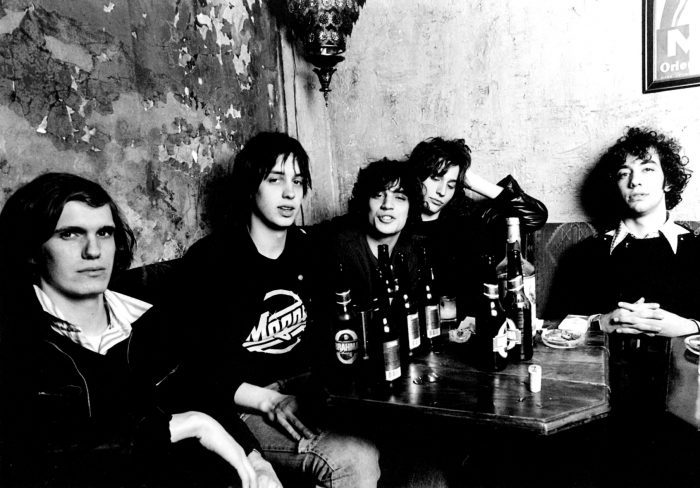 The most controversial song on the album is “New York City Cops”. It was originally packaged with It This It‘s UK release but was quickly removed from the US version, which hit store shelves on 09/11/2001. The disaster inspired some listeners to press pause and eject on their CD players due to its ill-timing. While the band had rough interactions with NYC cops in the past, police were risking their lives and dying to save those in danger from the Twin Tower attacks. As a result, they removed the song from the US version but it still remains on every vinyl release.

Listen: The Strokes ‘Is This It’ Legacy Playlist

Is This It made The Strokes global superstars and sparked major labels to rush and sign other NYC artists including The White Stripes, Interpol, The Yeah Yeah Yeahs, and The Kills. Musicians overseas, like The Hives, The Vines, and The Libertines, were immediately inspired by The Strokes’ garage rock aesthetic and brought the phenomenon to their own countries. While this hype was surely deserved from the album’s ten seamless songs, it would eventually crush their future.

Is This Is celebrates youth and reckless abandon in perfect form. Every track is invigorating because the band plays with an undeniable excitement, knowing they were making their rock star dreams come true.

Read More: Album of the Month: ‘The Velvet Underground & Nico’