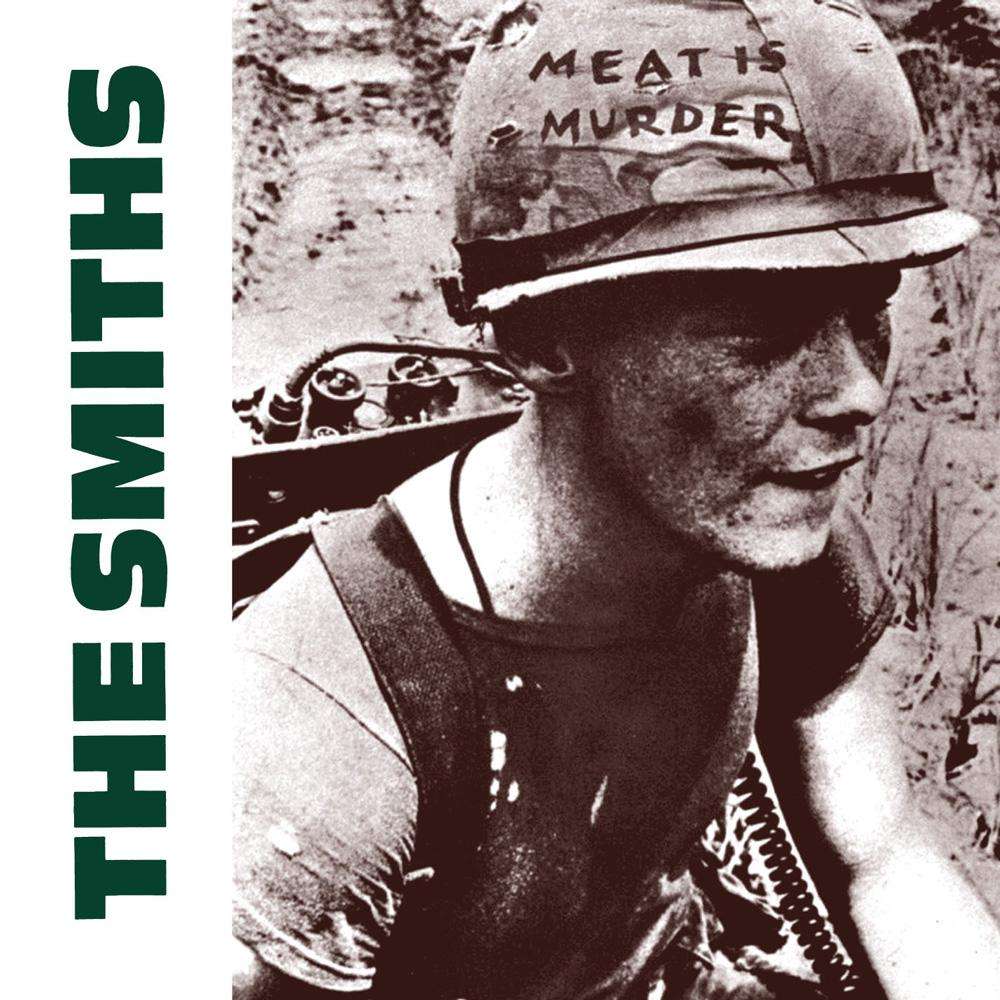 The Smiths are considered one of the most significant acts to have risen out of the ashes of punk despite having only been active for a short five years. Unlike other acts that had excitedly followed the ‘anybody-can-do-it’ punk ethos and picked up instruments they could not play, The Smiths as a band evolved after writer Stephen Morrissey and guitarist Johnny Marr developed a songwriting partnership. They modelled themselves upon the great Brill Building songwriting/production team of lyricist Jerry Leiber and composer Mike Stoller who were behind many of the Fifties and Sixties girl group and R&B hits so favoured by Morrissey and Marr.

They both shared a mutual love of musicians that were considered glam and punk royalty at the time such as Marc Bolan and T. Rex, Velvet Underground (although Morrissey preferred their work with Nico), The Stooges, Patti Smith and The New York Dolls (a topic of one of Morrissey’s three published books). It is not surprising that Morrissey also loved the poignant and maudlin performances of female singers such as Dusty Springfield and Sandie Shaw along with the acerbic wit of American fraternal duo Sparks. Add to the mix Marr’s obsession with the riffs of blues and rock n’ roll guitarist Bo Diddley and the picking style of supreme Scottish folk guitarist Bert Jansch (whom every popular guitarist admired) and you have a combination that was an anomaly in post-punk Manchester.

Their eponymous debut did exhibit the dour attitude exhibited by Mancunian kingpins Joy Division and The Fall but the similarity stopped there. The lyrics were very cutting, precise and often socially observant touching upon topics such as child abuse and musically Mr. Marr was already displaying more proficiency and inventiveness than most of his punk forebears. In terms of production, The Smiths were unhappy with the first recording by former Teardrop Explodes member Troy Tate and re-recorded it with producer John Porter but were still unsatisfied with the results. However, it did manage to occupy the Number Two position on the UK Album Charts and the intelligence, wit and photogenic good looks of their lead singer endeared them to the press who announced they were the most important band since Joy Division.

The Smiths were off and running and within a year of their debut hitting the record shops, they put out a compilation of singles ‘Hatful of Hollows’ and recorded and released their sophomore effort ‘Meat is Murder’, their only album to go to Number One in the UK.

Their second album is where we can hear The Smiths’ lyric and sonic signatures truly gel partially due to Morrissey and Marr’s command of the production reins assisted by engineer Stephen Street (with Andy Rourke and Mike Joyce allowed to control the levels of the bass and drums). ‘Meat is Murder’, the album’s title, was a signal that animal protector and vegetarian Morrissey was more comfortable with an overtly challenging and political stance (his lambasting of the Manchester School system in the opening line was also an indicator). Musically, one can hear Marr fusion of American rockabilly and Jansch-inspired picking that has become one of his trademarks.

The American version (with which I grew up) also included the underground dance hit ‘How Soon is Now?’ which was first released as a B-side and possibly much too late as a single in its own right. Because of this, it never achieved the chart position it deserved as most Smiths fans already had the song before it was released as an A-side. However, it is most likely the most celebrated song in the Smiths’ canon.

Because of the complex guitar sound, this song was not often performed by the band live. I was lucky to hear their live rendition during their US ‘Meat is Murder’ tour when I caught them at the Boston Opera House in 1985. The band performed three encores with Morrissey thanking the audience between each one. The show finally concluded when fans invaded the stage (yes, I was one of those fans).

‘’Meat is Murder’ is certainly not the most famous Smiths album. That accolade would go to ‘The Queen is Dead’, another corker that was ranked The Greatest Album of All Time by NME in 2013. However, it is my and many other fans’ favourite Smiths album not only because of personal attachments fuelled by feelings of teenage isolation, but also because it is the album that showed that The Smiths were capable of becoming one of the best bands ever.

Read More: Album of the Month: The Smiths ‘The Queen is Dead’

Behind the Counter UK 2022 Roundup