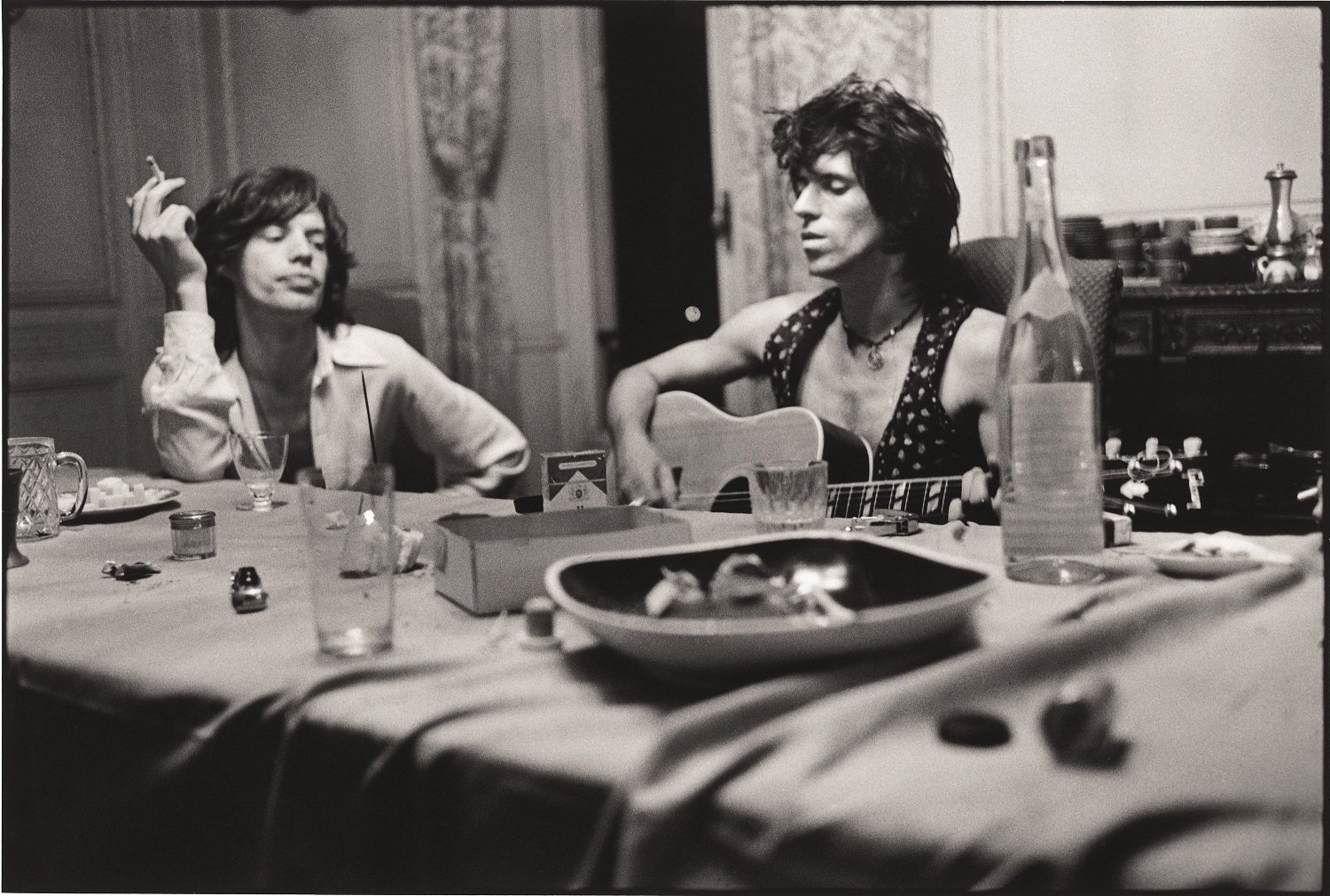 Often it is the most trying times that unlock the creative genius. As the Sixties slipped into the Seventies, The Rolling Stones were finding their feet after creatively recovering from a hiccup of an album, emotionally recovering from a violent concert that resulted in deaths, and waking up to the shocking state of their financial affairs.

In 1967, they released the contrived musical kaleidoscope of Their Satanic Majesties Request hot on the heels of The Beatles’ revolutionary Sgt Pepper’s Lonely Hearts Club Band. Although it featured some great songs, it wasn’t The Stones greatest moment, as they didn’t allow themselves to do what they do best: gritty, raw, rhythm-and-blues-driven rock n’ roll. This was duly noted and they did an about turn, bringing in American producer Jimmy Miller to produce the ensuing Beggars Banquet which opened with the glorious ‘Sympathy for the Devil.’ This album was noted as the moment that Keith Richards felt the band had finally graduated from puberty and left their teeny-bopper days far behind. 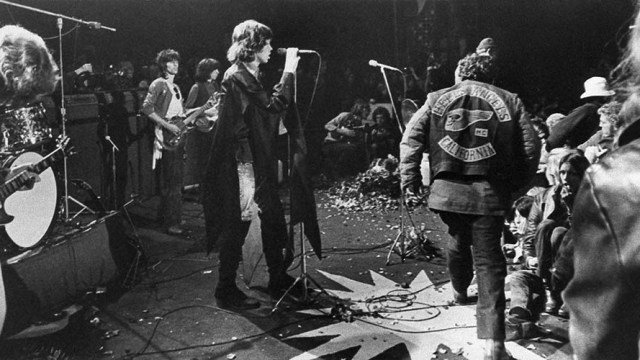 It started a run of releases that is considered to be The Stones’ classic period. Let It Bleed with the anthemic ‘Gimme Shelter’ as the album’s introduction was yet another star run. However, its reception was marred as the day after the album’s release in the last month of the decade, they performed at the disastrous Altamont Free Concert. There were high levels of violence at the concert – even Mick Jagger was punched in the head within seconds after emerging from his helicopter. But it went from bad to worse as the biker gang the band had hired for security, The Hell’s Angels, murdered an 18-year-old who had attempted to go onstage with other fans. With additional accidental deaths caused by hit-and-runs and drug overdoses, it seemed that Altamont had heralded the end of Sixties idealism.

Sticky Fingers with the radio favourite ‘Brown Sugar’ as the A1 cut was their first release of the Seventies and their first on their own record label, Rolling Stones Records. Finally, The Stones were able to take full creative control of their artistic endeavours. But it also meant that had to take a hard look at their business and financial affairs and it didn’t look good. First of all, they had inadvertently signed over the copyrights of the entire Stones Sixties catalogue to their former manager, the notorious Allen Klein. Secondly, as high earners they were due to pay 93% tax under Wilson’s Labour rule. Being bad boy rock n’ rollers accustomed to a high rolling lifestyle and still collectively under the age of the 30, they didn’t bother themselves with these types of mundane affairs and had rightfully or wrongfully assumed that somebody else had dealt with it. Well, that wasn’t the case and they found themselves in the position to either pay up or leave. So they exiled themselves from England.

The band decamped to France where Jagger ensconced himself in Paris with his new and heavily pregnant wife Bianca. Bill Wyman and Charlie Watts begrudgingly left behind their settled English lifestyles and its corresponding comforts and set up their respective homes in the French countryside. Mick Taylor on the other hand was delighted as he flew to France in the band’s private jet. And in keeping with his expensive Bohemian lifestyle, Richards rented the Nellcote villa in Villefranche-sur-Mer near Nice. As they couldn’t find a great recording studio in the vicinity and were hesitant to use translators, they decided to set up a makeshift studio at Nellcote and brought over the mobile recording studio that they and other bands like Led Zeppelin and Deep Purple had used when recording at Jagger’s Stargroves estate. 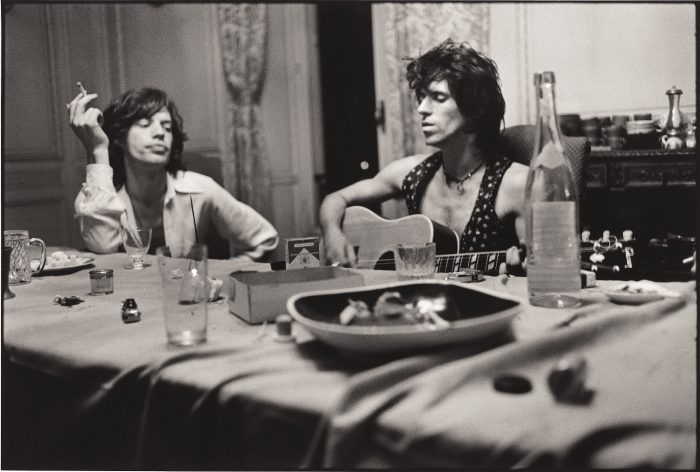 In some ways, the new setting afforded The Stones more of a carefree lifestyle. Keith Richards could take his young son to the local zoo, as he was not widely recognisable in France. Celebrity friends like the Naked Lunch writer William Burroughs, Easy Rider screenwriter Terry Southern and rising country-rock star Gram Parsons stopped by the villa for extended visits. Richard’s girlfriend Anita Pallenberg managed the household and kitchen staff so things ran smoothly. They went water-skiing.

But in other ways the setting was less than ideal. It proved difficult to get all of the band members in the same place at the same time to record. Watts lived over six hours away, Jagger didn’t like leaving Bianca in Paris and Wyman was getting increasingly frustrated. And Richards’ new daily heroin habit certainly didn’t help foster a productive atmosphere.

And the environmental conditions weren’t great either. The basement was hot and humid so the guitars often went out of tune. Sometimes the electricity went off. As there wasn’t one big room in which they could record, band members were scattered in different rooms across the house, with leads going down hallways and out of windows to the mobile recording studio. Engineer Andy Johns had to run from room to room to communicate with each band member. As all of the musicians weren’t always on hand, sometimes producer Jimmy Miller had to have a go on the drums and percussion. There were moments when only one or two Stones would be present to record on a given song. In short, it was chaotic. 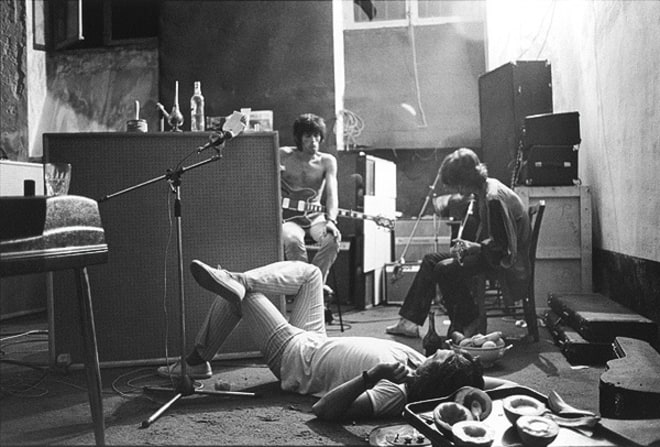 But somehow they managed to push through. Having their own studio meant they could record at all hours and despite the extra-curricular activities they laid some basic tracks down to tape. In the documentary Stones in Exile, engineer Johns recalled, “They would play very poorly for two or three days on one song. And then if Keith got up and started looking at Charlie, then you knew something was about to go down. And then Bill would get up and put his bass at an 84-degree angle and you would go, ‘Here it comes. They’re gonna go for it now.’ And it would turn into this wonderful God-given music.”

But the party started to dwindle and after a few month, people began to pack up and leave. Keith and Anita had got word that the police were aware of the druggy debauchery and were intent on arresting them if they didn’t make a move. So the Stones then exiled themselves to America.

Once in the States, and with Jagger in overdrive, they were very productive and finished recording all of the vocals and overdubs at Sunset Sounds in Los Angeles. Mick and Keith got their heads down and gleaned inspiration from household help to William Burrough’s cut-up method in putting together lyrics. They brought in Billy Preston and Dr. John on a couple of tracks. Jagger and Richards would take their turns at directing final mixes and would argue over which was best, but they got it done. 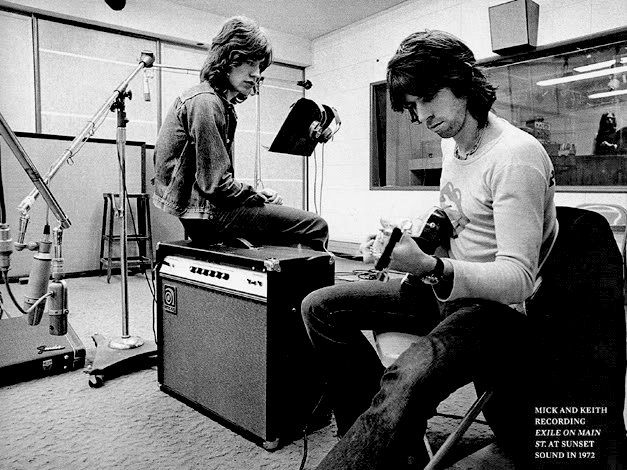 Exile on Main St. was in Jagger’s words, “a sprawling, gutsy work” that unwound over the course of four sides, their first double album. The album almost sounds like a road trip across America as their blues-based sound had now expanded into other areas of Americana including country and gospel along with the 50’s rock n’ roll of Buddy Holly and Chuck Berry. It’s my favourite Rolling Stones album due to the sheer expansiveness of it. Songs like “Sweet Virginia”, “Ventilator Blues”, “Torn and Frayed”, “Tumbling Dice” and the Slim Harpo cover “Shake Your Hips” make me want to pack everything in, jump into a T-Bird convertible and cruise across the Southern States (again).

But when it was released in 1972, the critics judged it harshly. Some felt that it was too expansive and needed a bit of whittling down. Even Jagger denounced it at the time, saying he was bored with rock n’ roll and as the most experimental member of the band, wanted to set his sights further afield.

But by the end of the decade, it was considered one of The Rolling Stones’ best albums, if not THE best. They had successfully met the challenges of their self-imposed exile to produce a work that continues to inspire not only their fans, but also other artists from Liz Phair to Phish to Alabama 3 to Pussy Galore.

In Dora Lowenstein’s According to the Rolling Stones, Richards took a look back at the LP: “Exile was a double album. And because it’s a double album you’re going to be hitting different areas, including ‘D for Down’, and the Stones really felt like exiles. We didn’t start off intending to make a double album; we just went down to the south of France to make an album and by the time we’d finished we said, ‘We want to put it all out.’ The point is that the Stones had reached a point where we no longer had to do what we were told to do. Around the time Andrew Oldham [their former manager] left us, we’d done our time, things were changing and I was no longer interested in hitting Number One in the charts every time. What I want to do is good shit—if it’s good they’ll get it some time down the road.”