“We are simply gonna change music forever, and the way people think about music. And don’t think we can’t do it, we will.”

This claim may have seemed ridiculous when it was posted on the website of Icelandic rockers Sigur Rós back in 1999. But now, almost two decades on, few could dispute the enigmatic band’s radiant impact on modern rock music. Celebrating the release of their second full-length, Ágætis Byrjun, the band were on the cusp of international acclaim, which belied the very local origins of their sound. But so too did it beckon with fresh opportunity for sonic expansion. 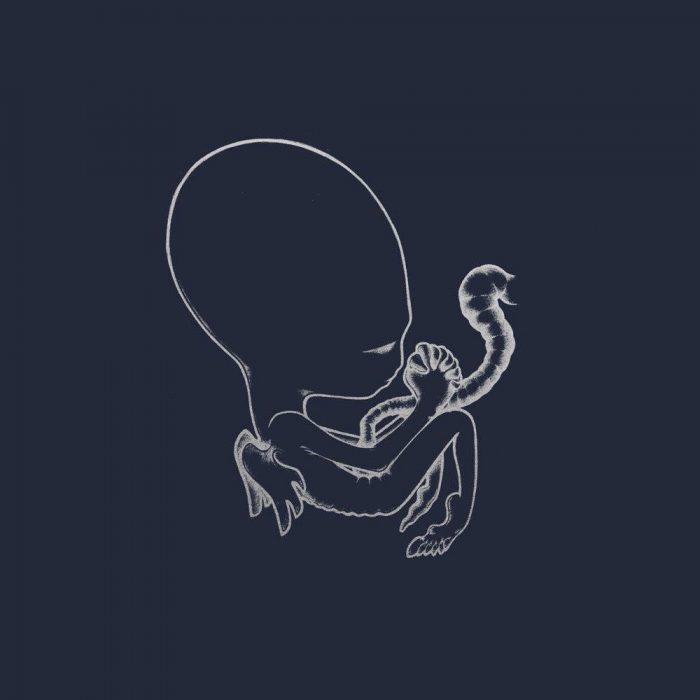 Far-fetched beliefs are etched into the very foundations of modern Icelandic development, so much so that new construction projects are often altered to accommodate Huldufólk, the island’s native elfin population. Believed by roughly 70% of human citizens to reside in the nooks and crannies of the island’s volcanic landscape, their prevalence in the minds of the country’s close-knit community indicates a sense of fantasia integral to their Scandinavian mode of creativity. Perhaps most explicit in the work of the post-Sugarcubes Björk, a folkloric charm has often been the most endearing quality of the island’s off-kilter musical output. But also common is the theme of reinvention, and the nascent Sigur Rós sought just that in their second LP.

Having formed in August 1994 a few days after the birth of frontman Jónsi Birgisson’s little sister, the band adopted their homespun moniker (directly translated as “Victory Rose”) in honour of the newborn Siggurós Elin. Converging on the island’s capital of Reykjavik, guitarist/vocalist Birgisson, bassist Georg Hólm, and drummer Ágúst Ævar Gunnarsson soon won the affections of the local Sugarcubes-operated label Bad Taste – whom somewhat näively assumed Birgisson’s cherubic falsetto would cement the band as teenage heartthrobs. 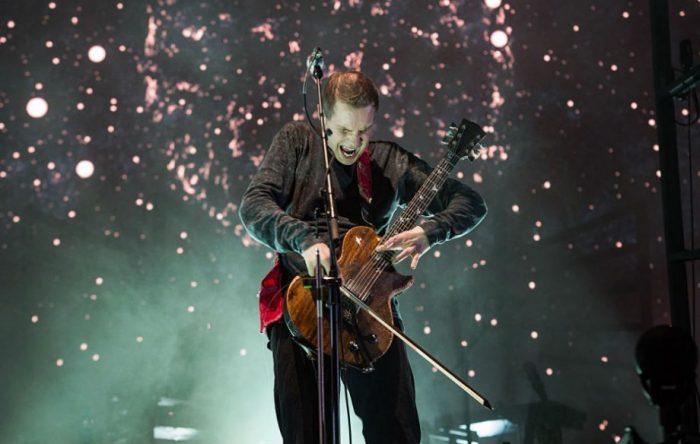 Revelling in their ability to confound, the band titled their 1997 debut album Von, which alternately translates as “hope”, alongside the remix collection, Vonbrigði – “disappointment.” Recorded for the anarcho-punk label One Little Indian, they had considered scrapping the final product, but decided against it after realising how much time and money would be needed to restart (having already painted the recording studio in lieu of appropriate funds). Lacking any formal musical training, and inspired by bands such as The Smashing Pumpkins and My Bloody Valentine, they had cultivated a dark, glacial style, drawing on shoe-gaze and ambient tropes through their journey to the remote corners of rock music. But it also proved they were unwilling to conform to the market’s expectations, and a year after its release the album had sold only 300 copies in Iceland, remaining largely unheard outside of the country. Birgisson notes of the period:

“When you’re in Iceland, you’re just so isolated. But it was a really good time to grow up and play in a band. The only thing you did was just play with your friends and have fun. If you do that and are honest, then probably good things come to you.” 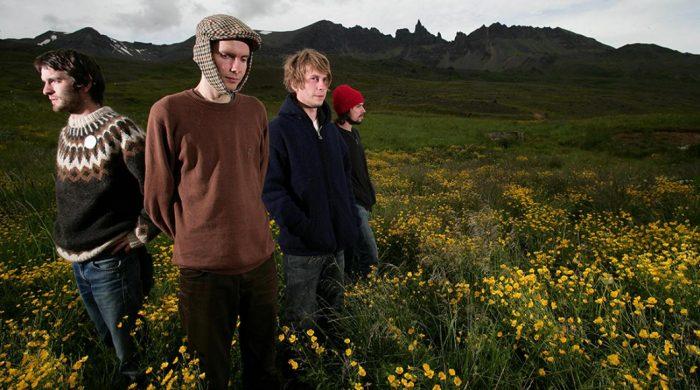 Sigur Rós found hope in Von, and despite their commercial shortcomings they had sown the seeds for interesting developments to come. The band took a step forward with the addition of Kjartan Sveinsson, a keyboardist with extensive arrangement and compositional skills, who was a driving force behind the rising ambition of the young group. But it was a mixture of harmonic maturity and naïve experimentation which would inform their new direction, as they surfaced from the depths of Von towards a new, pastoral horizon.

“Cinematic” is a word often used to describe the panoramic style the band has mined since their 1999 LP, and this has certainly been interpreted as an outcome of the quartet’s efforts to translate the atmosphere of their surroundings. Lying at the juncture of the Atlantic and Arctic oceans, Iceland’s stunning geologically active landscape is punctuated with lava fields, glaciers, mountains, and fjörds (around which most towns and villages are situated). Whilst geographical osmosis may have shaped their creative impulses, the band has often stressed that their subjective approach is more important – as Sveinsson dryly surmises: “I’ve never been in a situation where I’ve felt i’m inspired by it. I have never gotten a great idea standing on a mountain. I’ve been up on a mountain and enjoyed how it made me feel.” 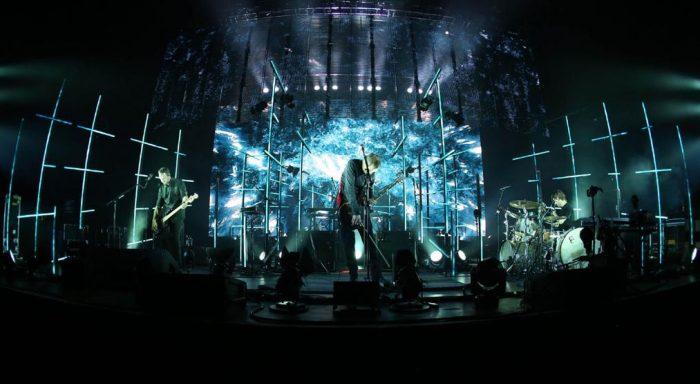 One of Ágætis Byrjun’s most instantly striking features is undoubtedly Birgisson’s otherworldly vocal talent. Having been somewhat muted by the dark sonic direction of their debut, the spatialisation of sound on their follow up allowed the diminutive young man’s soaring falsetto to flourish at centre stage. Drawing from and accentuating the intensely lyrical quality of Iceland’s norse-germanic language, Birgisson’s voice swoops in and out of focus, prioritising tonal quality over verbal dexterity in a style reminiscent of Cocteau Twins’ Liz Fraser.

Extending the similarities, Birgisson even deployed his own invented language, Volenska (or “Hopelandic”), to be used on the album track ‘Olsen Olsen.’ A lexicon to which he would continue to return in future songs, the language was rooted in Glossolalia, a form of “speaking in tongues” which places emphasis on the fluid quality of syllables and phonemes. Inspired by this potential, its untethered nature would allow Birgisson to tap into the rhythmic and melodic qualities of the human diaphragm, free from the conceptual baggage of linguistic interpretation. 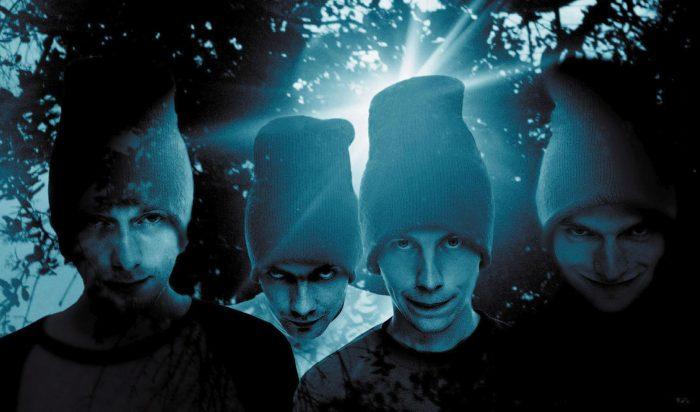 Matching the ambition of their frontman’s lead, Sigur Rós had to expand their sound even further. The quartet welcomed in orchestral arrangements performed by a double stringed octet and written by the musically trained Sveinsson. This not only broadened the textural palette of the album but gave songs such as the regal ‘Staràlfur’ (which features a palindromic musical arrangement) a much needed dramatic boost. Similarly, on the album’s standout ‘Olsen Olsen’ a chorus of voices erupt in a chant as the song reaches its communal climax, creating the impression of a musical community which spreads far beyond the four musicians within the band.

The release of Ágætis Byrjun sparked an unprecedented wave of praise across both critics and fans, with many hailing it as one of the all time greats of the genre. Following the decline of grunge and alternative rock after the mid 1990s, the album seemed to represent a new way forward for guitar-based music in the 21st century; away from introspective darkness towards a sense of new-millennium optimism. Emerging at the vanguard of this new movement alongside bands such as the Scottish group Mogwai and the American band Godspeed You! Black Emperor, Sigur Rós commanded the attention of a global audience after the album was given it’s European release in 2000.

With celebrity fan namecheck’s including Brad Pitt, Gwyneth Paltrow, Thom Yorke and Chris Martin, it wasn’t long before songs from Ágætis Byrjun began to appear across the American entertainment industry. Following the use of three songs in Cameron Crowe and Tom Cruise’s Vanilla Sky the band’s music was also tapped for use in premier TV shows such as 24 and CSI, their music reaching vast swathes of people to which they would likely have otherwise remained unknown. 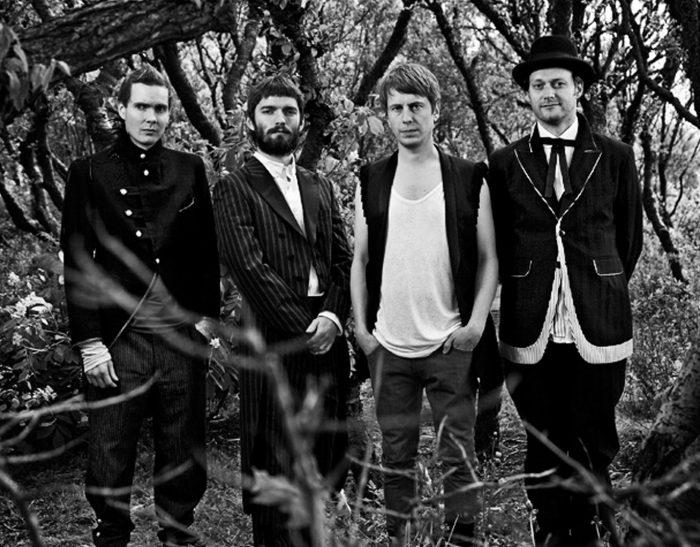 In doing so they highlighted the changing nature of the music industry, forecasting a means of both income and promotion which would become necessary in the face of rapidly declining traditional sales post internet-piracy. The intense but adaptive emotional content of the band’s music has ensured Sigur Rós’ unprecedented success in this climate. The peak of this acclaim arrived in 2005 with the release of their single ‘Hoppípolla’ (“Hopping into Puddles”) a piece of music which has since etched itself into the popular conscious following usage in countless TV shows, such as the BBC’s world famous Planet Earth, and blockbuster films including Danny Boyle’s Slumdog Millionaire.

But away from the glitz and glamour, Ágætis Byrjun remains the stunningly sweet inception of a sound which would go on to conquer the world. The musical form which Sigur Rós established in relative isolation remains some of the most purely inventive and affecting music of the century thus far, tapping into sentiments which could not only cross industry lines but borders and cultures too. You didn’t need to understand their language to feel engulfed by Birgisson’s angelic voice, and you didn’t need to identify with their cultural background to comprehend the deeply humanistic qualities of their awe-inspiring compositions. Ágaetis Byrjun simply re-established and reminded the world of the innocence, purity and joy of musical discovery.