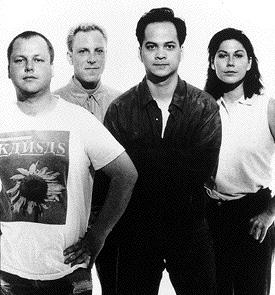 “When I heard the Pixies for the first time, I connected with that band so heavily I should have been in that band – or at least in a Pixies cover band.” – Kurt Cobain

“I never could get over the fact that The Pixies formed, worked and separated without America taking them to its heart or even recognizing their existence for the most part.”      – David Bowie 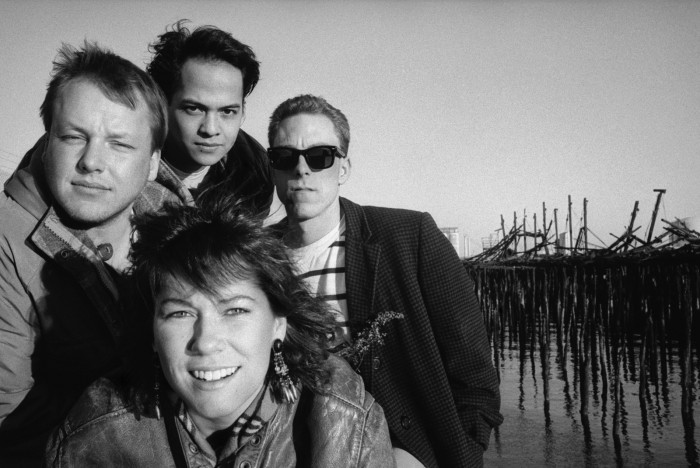 The Pixies have never been just another band. Their unique take on alternative rock predated the 90’s grunge sensation, and in turn influenced some of the movement’s most iconic orchestrators. Artists such as Nirvana’s Kurt Cobain and Radiohead’s Tom Yorke have directly attributed their own success to their love of Pixies.

The band’s unrivaled leader, front man and lyrical prophet Black Francis has always ensured that his band would never conform to any one specific genre. Taking influence from an extremely varied range of artists from Black Flag and Husker Du, to Peter Paul and Mary, Pixies’ sound is both diverse and extremely hard to pigeonhole.

Within any one album, the Pixies can go from subdued Beatles-esque four minute pop songs (such as fan favorite ‘Here Comes Your Man’), to frantic alternative anthems, peppered with Francis’ iconic howls of disdain, euphoria, or any other emotion you can think of (such as ‘Debaser’). Until recently, Francis’ atmospheric vocals were solidified by the somber vocal tones of bassist Kim Deal, who is often held in similarly high regard to singer Francis amongst fans. 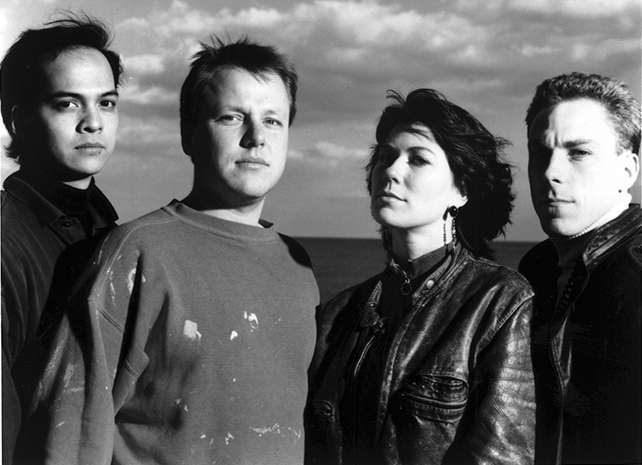 Each of Pixies’ five studio albums are emblematic of the band’s sound, while remaining unique. The band’s first release ‘Come On Pilgrim’ displayed various interesting themes such as the heavily Latin feel of songs such as ‘Vamos’ and ‘Isla De Encanta’ whereas songs such as ‘Nimrod’s Song’ and ‘Caribou’ feature controversial themes surrounding death, incest and religion. This diverse range of subject matter also featured on the band’s first full-length album released the following year.

‘Surfer Rosa’ was the first Pixies release to feature now legendary producer, Big Black’s Steve Albini, and is generally accepted as the band’s breakthrough release. Initially the album didn’t skyrocket the bands popularity but it did secure their status as an established band with songs such as ‘Bone Machine’ and ‘Where Is My Mind?’, the latter of which has since received cult status as one of the best alternative anthems ever written. The album is recognized as a work of high quality by artists such as Kurt Cobain, who later stated that Albini’s influence on the album lead to Kurt employing his talents on Nirvana’s ‘In Utero’.

Pixies’ next release was truly the bands crowning achievement. ‘Doolittle’ is often hailed as one of the greatest rock albums ever made. The album differs from ‘Surfer Rosa’ in various ways such as the less ‘raw’ production values of producer Gil Norton in comparison to that of Albini. ‘Doolittle’ succeeded in rectifying the inadequacies presented in ‘Surfer Rosa’.

The inclusion of more generally accessible songs such as ‘Here Comes Your Man’ and ‘Debaser’ gave the album more mainstream appeal. This coupled with Norton’s cleaner production values rocketed the album to number eight in the UK album charts and achieved solid sales in America, breaking 100,000 units sold six months after its release. This success was ultimately unexpected by the band.

The album is a snapshot of the band during their most prolific period. Like previous efforts, the subject matter on ‘Doolittle’ includes macabre references to surrealist art, religion and sexuality and as such, holds some of the more memorable passages from the band’s back catalogue. Francis’ obsession with the avant-garde seems to focus his creative energy on each of the albums 15 tracks and their unique lyrical content.

An example of such interesting subject matter is opening song ‘Debaser’ which is based on a surrealist film created by Luis Buñuel and Salvador Dali. Of the song, Francis said, “I wish Buñuel was still alive. He made this film about nothing in particular. The title itself is a nonsense. With my stupid, pseudo-scholar, naive, enthusiast, avant-garde-ish, amateurish way to watch Un Chien Andalou (twice), I thought: ‘Yeah, I will make a song about it.’ [He sings:] “Un chien andalou”… It sounds too French, so I will sing “un chien andalusia”, it sounds good, no?”

Read More: Forgotten Classic: The Refused ‘The Shape of Punk to Come’

The Story of David Bowie “The Rise and Fall of Ziggy...