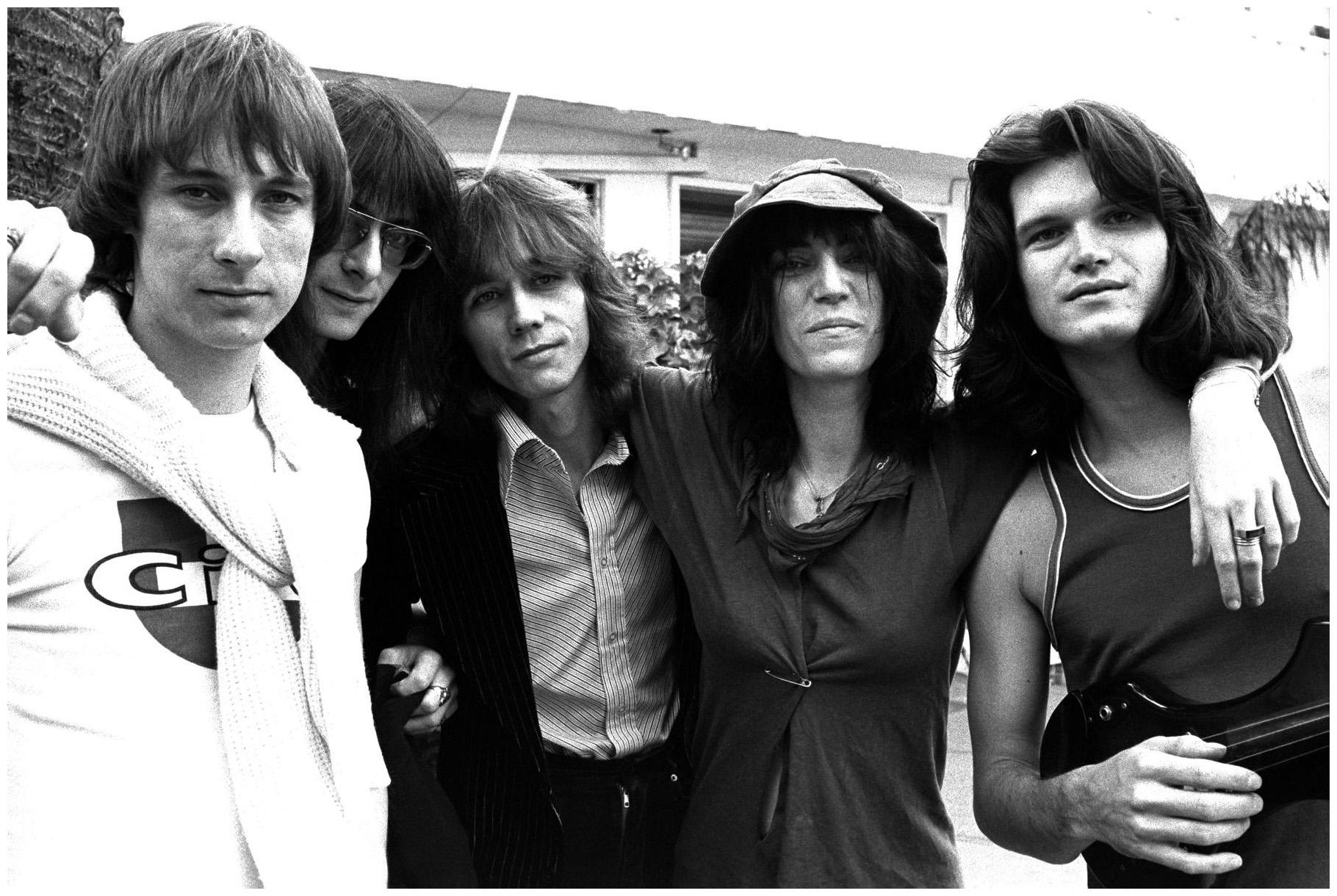 With its confluence of culture and artistic disciplines, New York City in the mid-Seventies was the backdrop to the story of Horses, and its greatest contextual influence. Patti Smith left her working-class town in New Jersey for New York in the late Sixties, befriended future superstar photographer Robert Maplethorpe and became an artist in a complete sense of the word and ideal. Then the city moulded her. 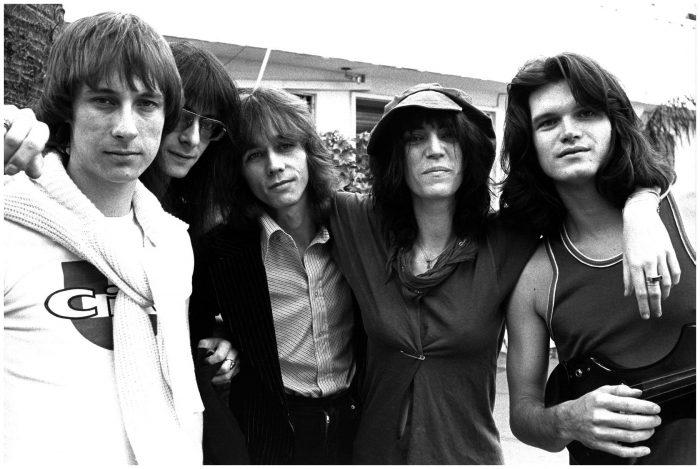 She worked in bookshops, met Gregory Corso, Allen Ginsberg and William Burroughs while living at the Chelsea Hotel, starred alongside drag performance artist Wayne County in plays Femme Fatale and Islands, co-wrote with and starred in lover Sam Shepard’s play Cowboy Mouth, and not only read her poetry but performed it, accompanied by her friend, guitarist Lenny Kaye, at the St. Mark’s Poetry Project before a star-studded audience including Warhol, himself.

The other major force that helped give birth to Horses is the opening of a certain venue on The Bowery. The rise of CBGB’s and its dynasty of acts including Television, The Ramones, The Talking Heads and Blondie, not only mirror, but frame the rise of Patti Smith and her group. Along with Kaye, Patti enlisted keyboard player Richard Sohl, bassist Ivan Kral (poached from Blondie), and drummer Jay Dee Daugherty from The Mumps to form her group. CBGBs afforded the band the artistic freedom to explore their musical ideas and congeal their interplay, song writing and performance.

Journalists and A&R record execs started trekking downtown to check out the commotion and CBs became the nexus of a bonafied ‘scene’. Patti Smith and her group were working hard, and along with Television, performed two-shows-a-night, four-nights-a-week for seven-consecutive-weeks. It was during this stint that legendary A&R man Clive Davis signed her to Arista Records and The Patti Smith Group’s recording career started in earnest.

Patti wanted to salute those who had paved the way. The group returned to Jimi Hendrix’s Electric Lady studios (where Patti and Lenny had recorded their first single) and enlisted John Cale, the former cellist with The Velvet Underground, as their producer as they admired the unbridled sound of his solo work. Having one of the leading forces behind an already legendary group breathing life into one’s debut record certainly racked up the rock points.

Within the grooves of the album, Smith summoned up some of the great spirits of rock including one of her idols Jim Morrison who she saw as an angel with stone wings in her dream and she cried for him to ‘Break It Up’, which became the title of the tune she wrote with Televsion’s Tom Verlaine. The album’s closing song, “Elegy” was recorded on the 18th September, the anniversary of Hendrix’s death. Much in the way she paid tribute to her rock n roll heroes, Smith also invokes the spirit of literature, name-checking her muse Rimbaud and referencing the beautiful, sexual male Johnny from her friend William Burroughs’ novel The Wild Boys in her song ‘Land’.

Finally, there is the musical cross-pollination which again reflected the band’s coming of age in a musically diverse downtown scene with the reggae-inflected ‘Redondo Beach’ or the improvisation inspired by Cale on ‘Birdland’, a song based on Peter Reich’s memoirs about his father Wilhelm Book of Dreams (as is Kate Bush’s ‘Cloudbusting’). There is also a gloriously cathartic punky version of the Van Morrison-penned classic ‘Gloria’.

Just like the downtown New York City from which is sprang, ‘Horses’ is marked by a sense of urgency and liberation. It is galvanising in its sense of purpose. But the word that defines it through and through is ‘Freedom’: the social and sexual freedom of the era, the artistic freedom of a crime-ridden and economically decayed city, the freedom of rock n’ roll, the freedom of Burroughs’ Johnny and The Wild Boys, the freedom of wild horses.