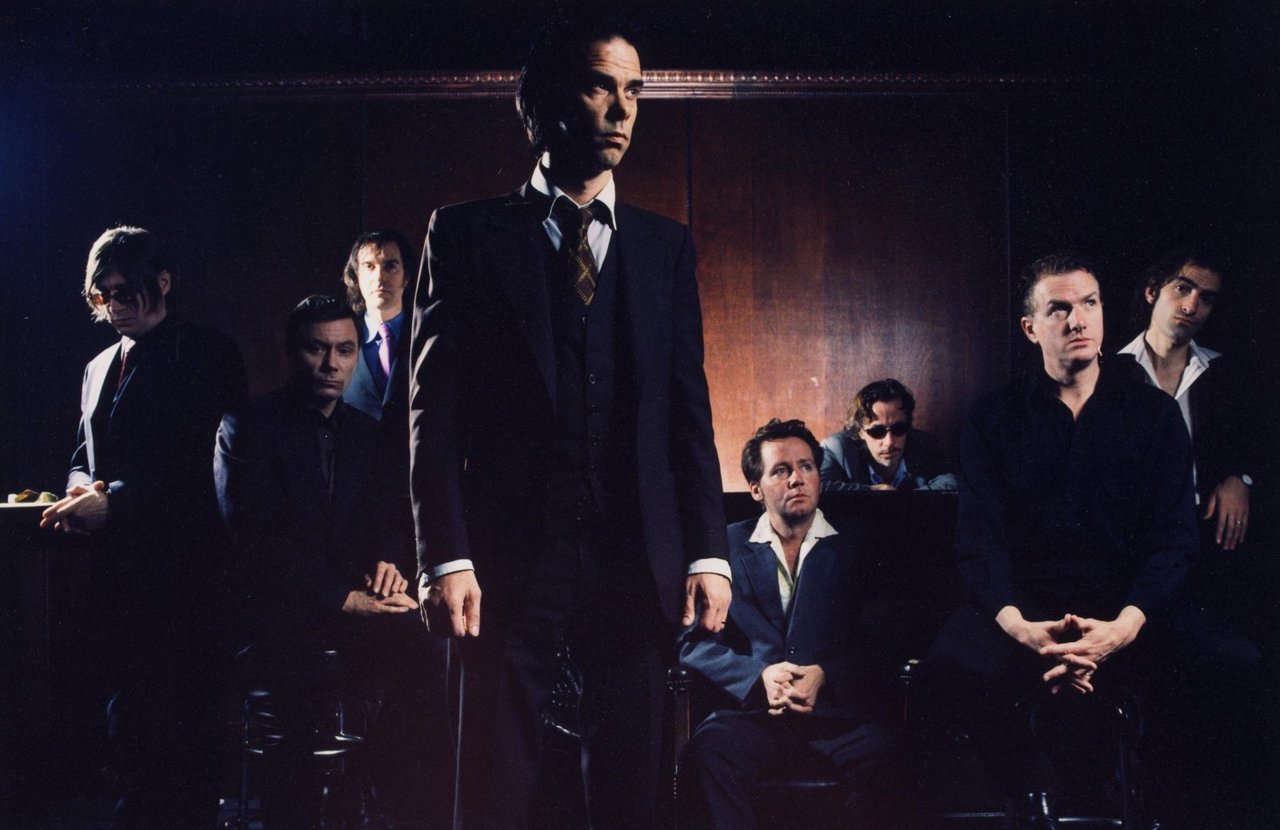 Throughout the 1990s Nick Cave and his group, The Bad Seeds, had successfully harnessed a dark and violent energy to achieve global acclaim, solidifying their unique brand of theatrically minded rock with a string of hugely successful albums. But few could have guessed that Cave would bookend this period with what remains his most tender and honest record; a naked account of love and loss created in a period of personal and stylistic transition. How did post-punk’s prince of darkness wind up making a record as heartfelt as The Boatman’s Call? 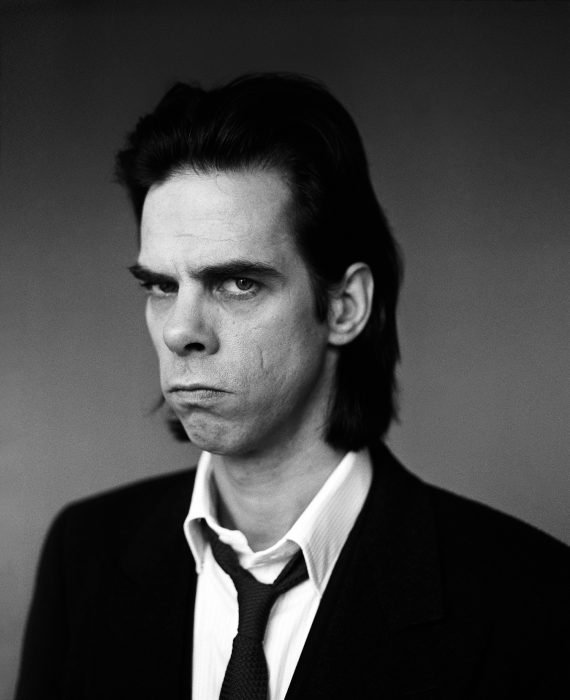 As the 1980s drew to a close Cave was deeply addicted to heroin and writing some of his darkest songs yet. His lyrics were now thoroughly soaked in misanthropic themes and often documented characters in moments of bleak depravity or despair. The band’s instrumental line-up had struck on a broad, cavernous sound as if seeking to isolate their frontman in these depths, laying the foundations for the theatrically-minded future of The Bad Seeds.

The ‘90s, however, brought new horizons for The Bad Seeds. The Good Son, marked the beginning of their decade with a remarkable stylistic departure, substituting Cave’s bloodlust for something unusually tender and heartfelt – a clear progenitor to the Boatman’s Call.

A more cinematic focus would dictate the majority of their 90s output, moving through 92’s Henry’s Dream(which featured some of Cave’s most assured and sprawling lyrical compositions) and 94’s Let Love In, both of which bought The Bad Seeds a wealth of new focus from the critical mainstream. It wasn’t hard to sense the mythology now surrounding his work,. and furthermore, with the emergence of acts such as PJ Harvey and The Afghan Whigs, there was a sense that The Bad Seeds had ushered in a new wave of evocative, imagery-based rock songwriting. 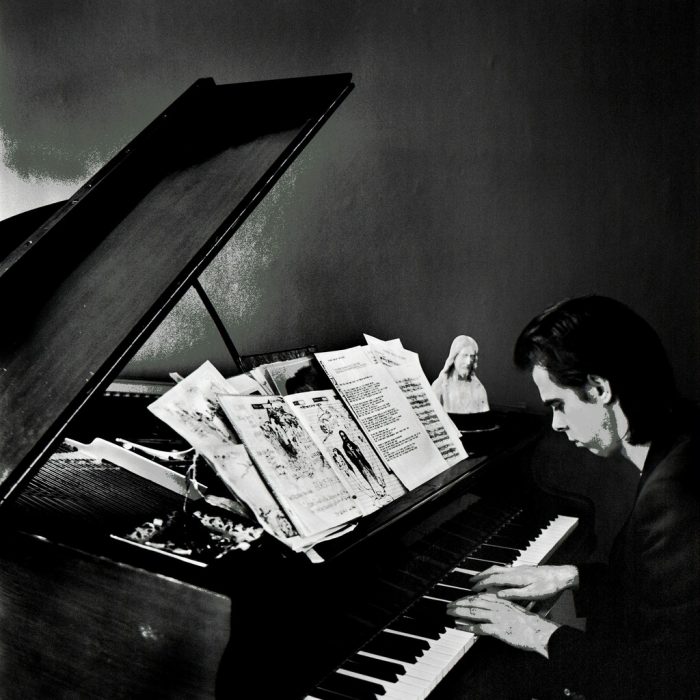 Behind the scenes, several issues had aligned in Cave’s life; a traumatic break-up, a second stint in rehab for a still persistent heroin addiction, and, most famously, a passionate but swiftly extinguished love-affair. These ruptures in his life would not only influence the lyrical direction of this next album, but would completely remould The Bad Seed’s musical role, stripping them back to a level of restraint and sparseness which, at this point, was new and scary territory. As Cave stated, this was ‘the sort of record I’ve been wanting to make for years […] a record which is slow from beginning to end… Very sparse, very raw and beautiful.”

Cave urged the group to embellish as little as possible, seeking to maintain the primary focus on his lyrics and stark solo piano playing, allowing their naked and vulnerable emotional qualities to shine through unvarnished. 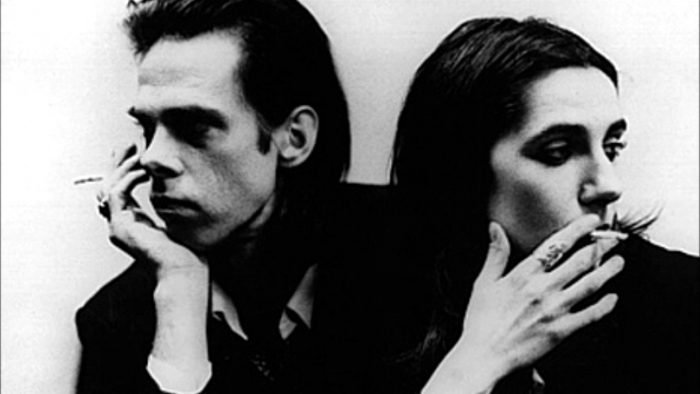 The album’s dwelling on the fragility of love also collided with Cave’s similarly complicated relationship with religion. The strong undercurrent of “the divine” which flows beneath The Boatman’s Callnot only echoes the sense of belief and sacrifice invited by passionate love, but rejects the idea of an “interventionist god” (as evoked on the album’s opening line), instead preferring the belief that creation exists within the power and pain of an individual’s experiences and interactions.

Reflecting back on the record it seems Cave bears some complicated feelings about its release. Cleary uncomfortable about the process of spinning one’s own feelings into poetic form he has often addressed the album as “a big heroic melodrama out of a bog-standard rejection.” And his continued insecurity surrounding emotional honesty has shone through when he states that “confessional writing is a dead end, there’s something about making heroic your own little pains that sticks in my craw.”

To this day Cave remains one of the greatest lyricists working in popular music, and The Boatman’s Call has rightly cemented its place as one of The Bad Seeds’ finest in their long and varied career. Its sincerity feels all the more poignant following the band’s latest full-length, 2016’s Skeleton Tree, written and recorded in the wake of the tragic and sudden death of Cave’s teenage son Arthur. Once again, the song-writer felt compelled to examine a potent personal crisis – this time, of sadly far greater magnitude. It says a great deal about Cave as a person, and The Bad Seeds as a band, that they are willing to stare down these deeply personal situations within full view of the public gaze; to wrestle some kind of artistic redemption from the jaws of emotional defeat. It’s a battle we can’t help but feel privileged to witness, and one that we hope Nick Cave and The Bad Seeds will continue to fight for years to come.