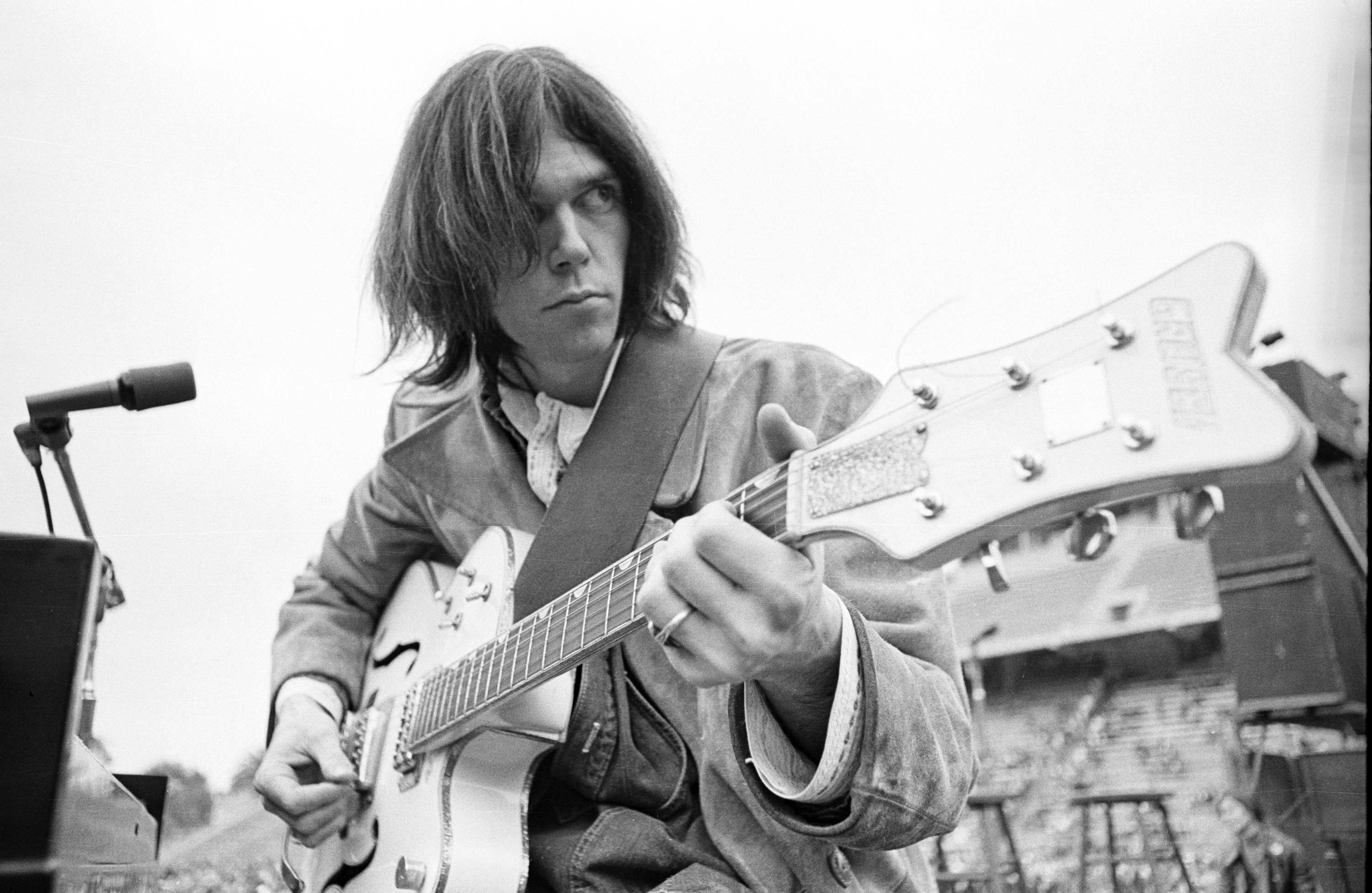 “I recorded most of Harvest in the brace. That’s a lot of the reason it’s such a mellow album. I couldn’t physically play an electric guitar.” – Neil Young in Rolling Stone 1975 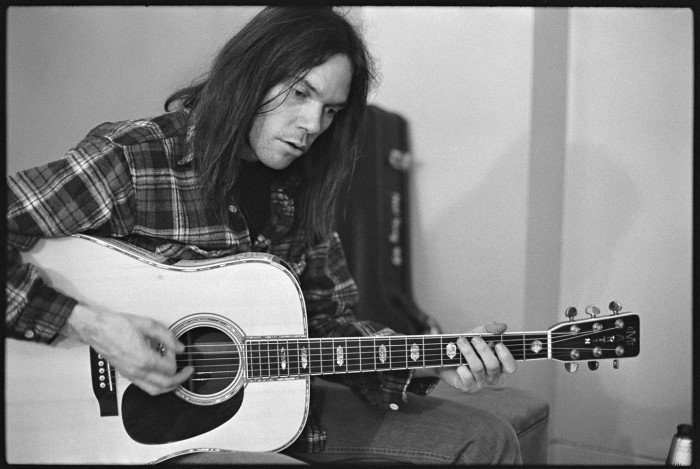 In 1971 Young appeared on The Johnny Cash Show which was recorded in Nashville. After the recording he spontaneously enlisted fellow guest performers James Taylor and Linda Ronstadt along with session musicians Kenny Buttrey, Tim Drummond and Ben Keith (later dubbed The Stray Gators) and settled into Elliot Mazer’s Quadrophonic Sound Studios. A favourite of Joan Baez and Jimmy Buffet, the studio occupied a former private house and Young found it easier to work in the informal, homey atmosphere. Young and company did not know it at the time, but these impromptu recordings were the seeds of what would become one of the most highly regarded albums of all time.

They quickly recorded several new songs that Young had written on the road including his soon-to-be biggest hit ‘Heart Of Gold’. Most of the remaining songs were built upon this earthy folk sound including the heart wrenching ‘Needle And The Damage Done’ which chronicles Young coming to terms with the loss of a dear friend to heroin addiction.

Whereas large portions of the albums offerings are subdued and relatively simplistic in composition, the anthemic piano based ‘A Man Needs A Maid’ and the orchestral ‘There’s A World’ (recorded with the London Symphony Orchestra in the humble Barking Town Hall) are bold and striking minor key folk ballads. The album’s pastoral tones are broken only once, on the upbeat and generally uplifting ‘Are You Ready for the Country’ which also happens to be one of only a few electric guitar driven tracks on the album. 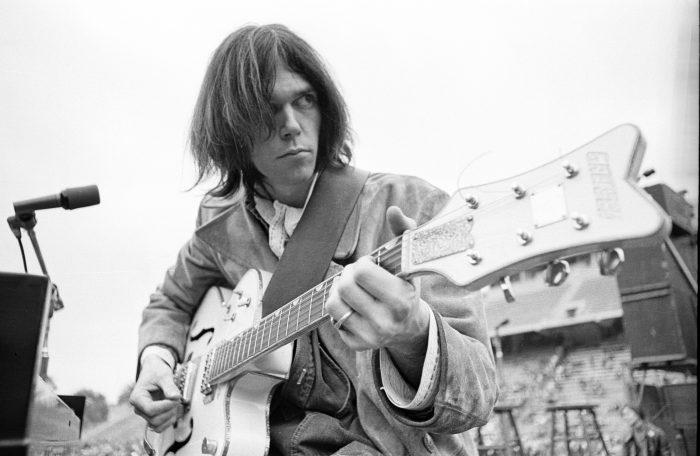 One of the many subjects dealt with on ‘Harvest’ is Young’s need to retreat from the public eye as his previous effort, ‘After the Gold Rush’, along with his work with Crosby, Stills & Nash, catapulted him to fame. This skyrocket to success left the notably introverted Young with a sense of disillusionment and a yearning for privacy. He recorded on his Californian ranch  (‘Old Man’ is about the caretaker), a setting that helped lend a pastoral feel to the album.

There is another reason behind the record’s overall mellow mood. Due to a crippling back condition, Young was unable to pick up an electric guitar and recorded most of the album while in a back brace. Hence, most of his instrumental contribution was acoustic.

In an interview with NPR’s Fresh Air, Graham Nash revealed a funny story of listening to Neil Young’s ‘Harvest’ before its release on Young’s ranch. Producer Elliot Mazer and Young were still trying to get the balance of the recording correct and Nash thought they would head into the studio for a listen. Instead Young told him to get into the rowboat and once they were in the middle of the lake, Nash thought they would listen on headphones amidst the peaceful surroundings.

But that is not what Young had in mind as Nash recalled, “He had his entire house as the left speaker and his entire barn as the right speaker and I heard ‘Harvest’ coming out of these two incredibly large loud speakers, louder than hell. It was unbelievable. Elliot Mazer, came down to the shore of the lake and he shouted out to Neil, ‘How was that, Neil?’ and I swear to God, Neil Young shouted back, ‘More barn!’”