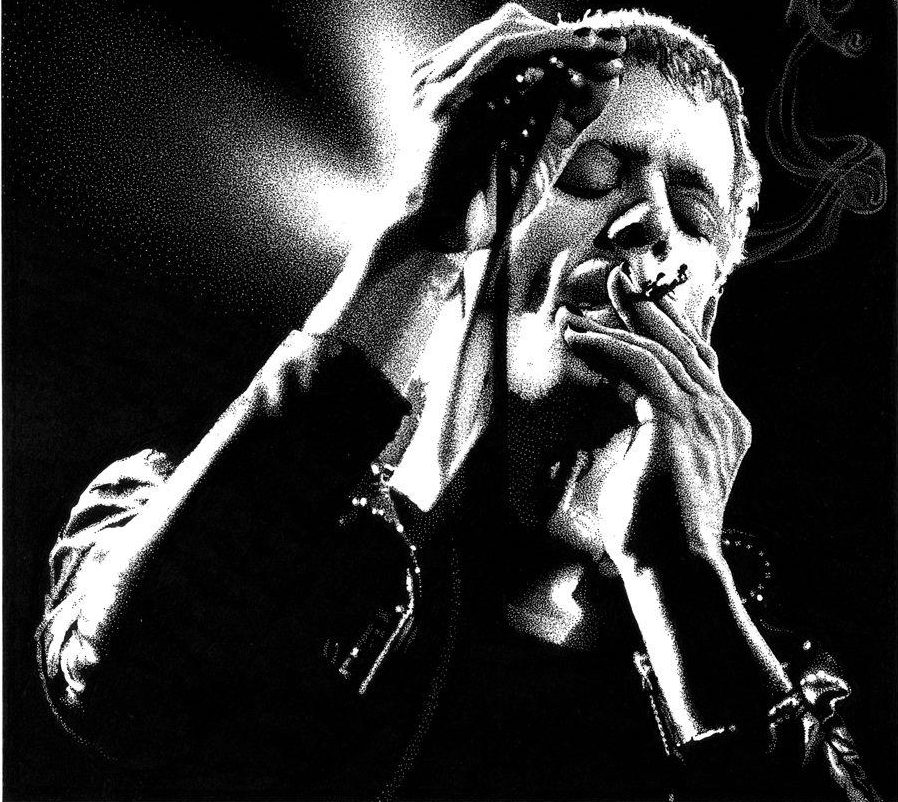 “There was this whole glam thing going on so I just put myself in that head. Its not like I had to go very far to do it. I have about a thousand selves running around. Its easy.” – Lou Reed 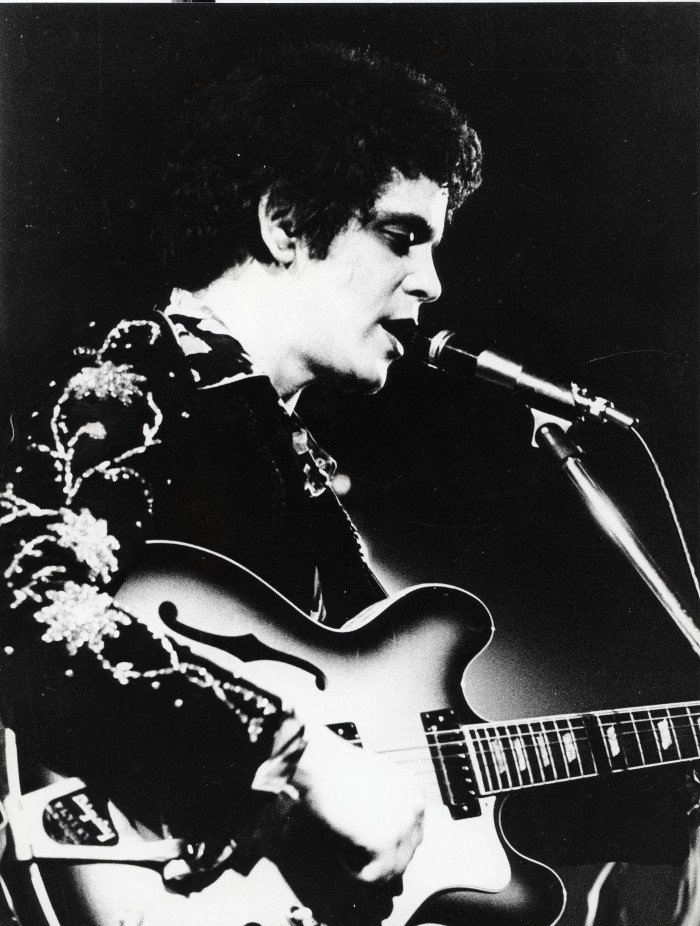 We all know what Brian Eno had to say about Lou Reed’s first band The Velvet Underground and it was true. Even if VU’s abrasive noise did not endear them to a mainstream audience, their cult following of the right people ensured their popularity would only grow with band after band citing them as an inspiration. This legacy was further necessary as behind the in-your-face experimental presentation, there were amazing songs, most of them penned by Lou, a former Tin Pan Alley songwriter.

After the Velvets split Lou took along some of VU’s unreleased songs for his first solo effort. His eponymous debut was recorded in London with a host of session musicians who, in retrospect, were not exactly sympatico to Lou’s music. The album flopped but that did not deter Lou from picking himself up and making another one. And it certainly did not stop him from returning to The Smoke as he felt that all of the records that were sounding good were coming out of London.

Lou’s record company, RCA, introduced him to another one of their recording artists, David Bowie, who was riding high with the success of ‘The Rise and Fall of Ziggy Stardust and the Spiders from Mars’. Bowie was a huge Velvets fan having covered ‘White Light/White Heat’ in his live shows and having paid tribute to the band on his album ‘Hunky Dory’. The label suggested Bowie produce Lou’s new album and Bowie found the task daunting as he told Classic Albums, “I was petrified that he said, ‘Yes’, that he would like to work with me in a producer capacity. I had so many ideas and I felt so intimidated by my knowledge of the work he had already done…Lou had this great legacy of work.” 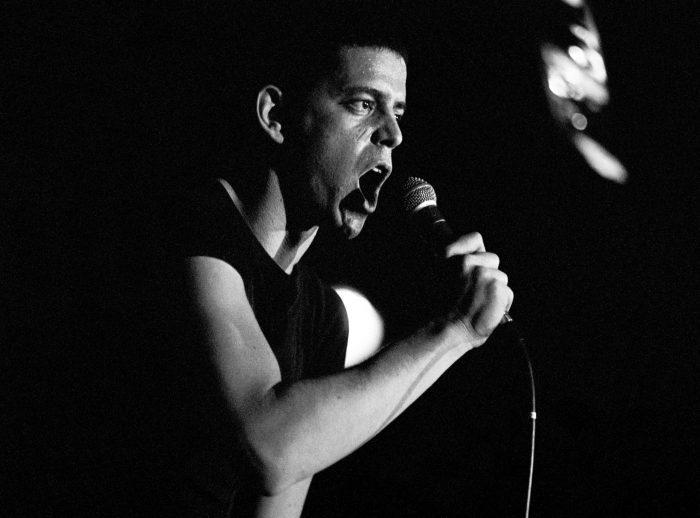 Bowie enlisted Spider guitarist and arranger Mick Ronson for co-production duties and Ziggy Stardust engineer Ken Scott and together they were able to shape Lou’s songs into an album. Although it did reference the glam scene that was electrifying London, ‘Transformer’ differed from ‘Ziggy’ and its more glittery counterparts with its gritty, realist subject matter. Rather than depicting a fictional apocalyptic space-age world, ‘Transformer’s stories were mired in the downtown streets of New York City.

‘Transformer’ takes the listener on quite a varied musical ride from the cabaret style ‘Make Up’ to the T-Rex style rock n’ roll of ‘Wagon Wheel’ to the abrasive punk of ‘Vicious’ to the luscious ballad of ‘Perfect Day’. However, it is all held together by the imagery that was garnered from Lou’s time spent with Andy Warhol and his Factory denizens. In his candid, direct and non-judgmental manner, Lou sang about the darker sides of life and the city’s night creatures, or as he told Classic Albums, “I just wrote about people I knew and where I come from.”

He kept a notebook during his tenure at The Factory, jotting down funny things people had said, but more importantly he observed how this wide array of characters from varied backgrounds were able to reinvent themselves into their own version of beauty. His sympathetic observations woven into tales of these former misfits’ transformations were romantic and beautiful in themselves. And Lou’s urban poetry conjured a range of emotions from jealousy to humour to love. As he told Classic Albums, “Every song I have written in my life I have tried to write emotionally. All the songs are geared to try and cause an emotion and they are always about conflict.” 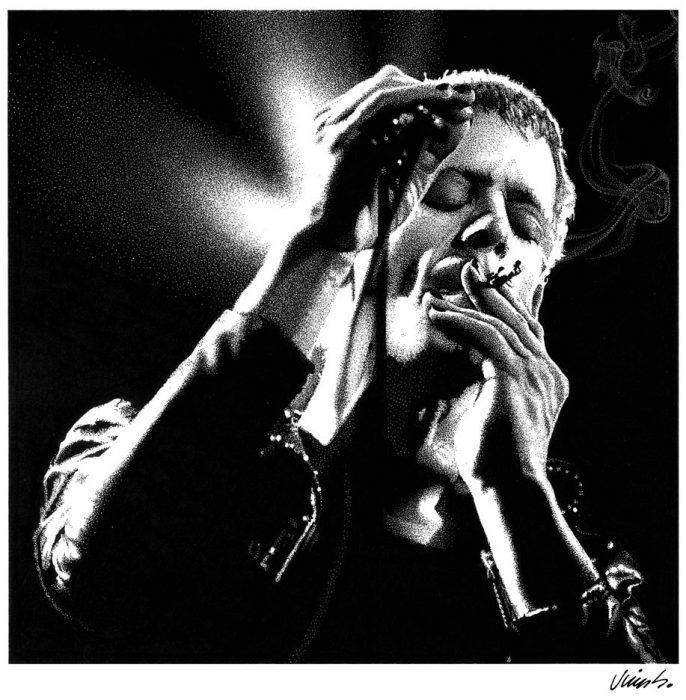 Within a year, Lou Reed transformed from a cult artist to an international superstar. The Bowie associations certainly did not hurt but it was the songs that made the lasting impressions and won over large audiences. The first single ‘Walk on the Wild Side’ became a Top Forty hit on both sides of the Atlantic, slipping past the censors with one of rock’s most memorable lines. ‘Satellite of Love’ became one of Reed’s signature tunes and ‘Vicious’ is regarded as a harbinger of the punk movement.

Although Mick Rock’s legendary photograph that adorned the album cover referenced London’s stylistic zeitgeist, for the most part the songs did not sound like 1972 and still sound great today. The songs themselves were also able to transform and a case in point is the 1997 version of “Perfect Day” that was recorded as a BBC charity single and featured artists such as Bono, Elton John, Tammy Wynette, Brett Anderson and Reed’s partner Laurie Anderson.

Along with ‘I’ll Be Your Mirror’, ‘Perfect Day’ is one of Lou Reed’s best love songs and shows the sensitivity and tenderness that lay behind the rough and rugged exterior even if he questioned the benevolence of his bare emotion with the phrase, ‘I thought I was someone else, someone good.’  Well Lou, you were good to us in that you helped us look at the world a bit differently and listen to music a little deeper. And personally speaking, as for my own transformative years, ‘I’m glad I spent it with you.’

Read More: Album of the Month: David Bowie ‘The Rise and Fall of Ziggy Stardust and the Spiders from Mars’