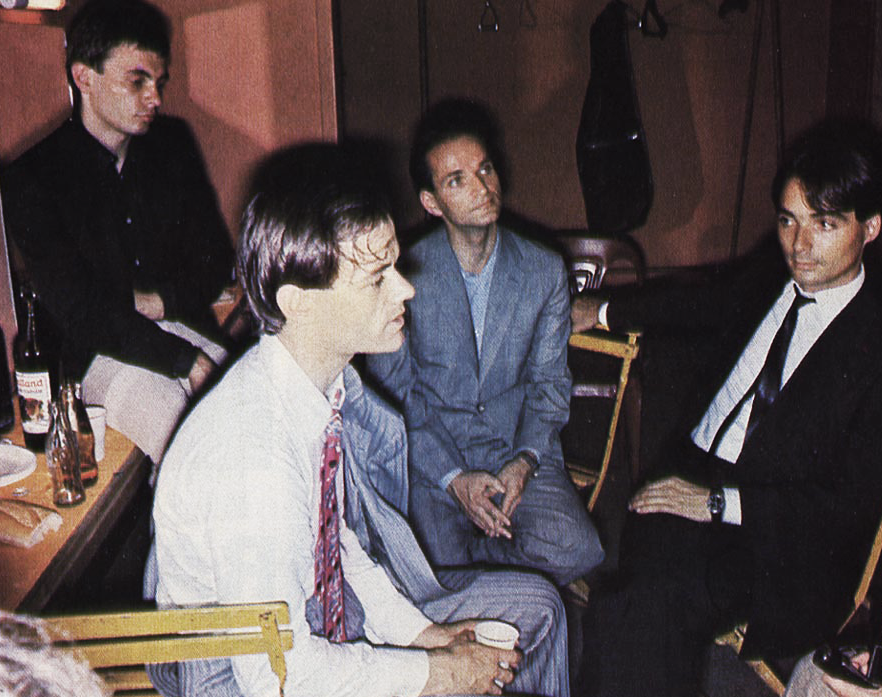 Trans-Europe Express is one of the most significant works in the Kraftwerk canon as this is the album in which the art-music hippies began their transformation into electro-pop robots. It’s also the album that had the most far-reaching impact, as it inspired African-Americans from New York City and Detroit to create their own musical and cultural identity. 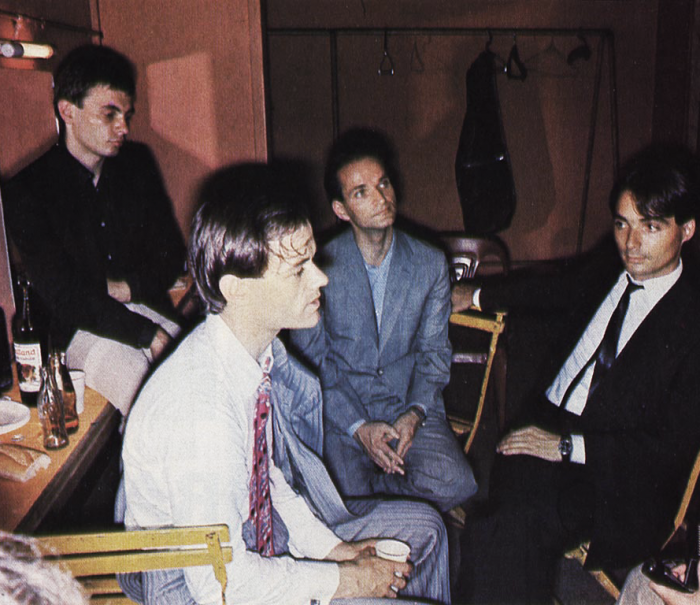 Kraftwerk also used their music to forge a new cultural identity in a post-war Germany. However, it wasn’t a complete rejection of the past as they found inspiration from the Weimar Era, the 25 years between the end of the Imperial Period and the beginning of Nazi Germany.

Despite the era’s political turmoil and economic hardship, it was a fertile time for intellectuals, innovators and philosophers, as well as the Bauhaus art school whose treatise of finding beauty and form in commonplace objects, merging mass production with artistry, and integrating different artistic disciplines into a total work of art were of great inspiration to Kraftwerk.

Post-war German musicians like Karlheinz Stockhausen also mobilised Kraftwerk but so did some of the composers of their European neighbours such as Pierre Boulez and Pierre Schaeffer.

It was this outward-looking mind-set that inspired Trans-Europe Express. And as this album celebrates its 40th anniversary this year, its theme of a unified Europe is especially poignant for us Brits as our government begins its negotiations for our Brexit from the EU. 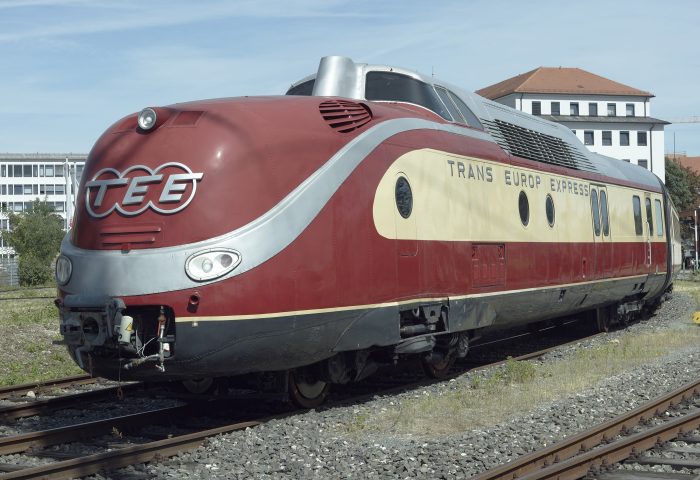 The album was named after TEE, the Trans Europ Express luxury railway service that connected 130 European cities, Kraftwerk’s sixth studio album embraced a European identity rather than a specific German identity. The train motif was suggested by French rock critic and producer Paul Alessandrini, who told Hütter and Schneider that “with the kind of music you do, which is kind of like an electronic blues, railway stations and trains are very important in your universe, you should do a song about the Trans Europe Express” as revealed in the book Kraftwerk: Man, Machine and Music by Pascal Bussy.

It was also partially inspired by David Bowie’s Station to Station and Bowie paid a visit to their Kling Klang recording studio that year. Kraftwerk name check him in their Trans-Europe Express title track and Bowie returned the favour with “V-2 Schneider” on his next album Heroes.

But there was another inspiration behind the train motif as Kraftwerk electronic percussionist Karl Bartos told The Quietus, “By using the train motif we were following the path of someone like Pierre Schaeffer who made the first piece of musique concréte by only using the sound of trains.”

Kraftwerk were rhythmic innovators much like their idol James Brown. Their patterns were more stripped down but are funky in their own minimalistic way. At times they took a primitive approach to beat-making such as the hammer on pipes method found on “Metal on Metal”. But for the most part, they used drum machines operated by Bartos and Wolfgang Flür and Hütter and Schneider even designed and patented their own. 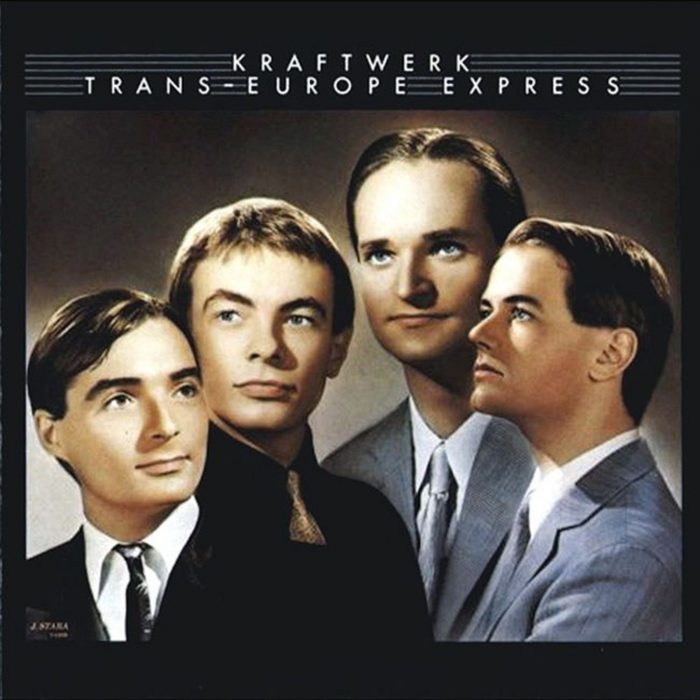 Not fully satisfied with the music technology that was on the market in the mid-Seventies, Kraftwerk also commissioned Synthesizerstudio Bonn, Matten & Wiechers to design and build the Synthanorma Sequenzer which was a 32-step, 16-channel sequencer they used to control the electronic sources which create the rhythmic texture on the album.

There are two main themes to the album – one of a unified Europe found on the title track and the wistful “Europe Endless” which plainly states the wonderfully divergent attributes of Europe – its “real life and postcard views”, its “elegance and decadence” – seemingly simple yet very profound statements. And Kraftwerk’s sense of European identity is further proclaimed by the two different language versions of Trans-Europe Express. From this album onward, they released both German and English versions of their albums. “Showroom Dummies” was also recorded in French.

The other motif on the album has to do with authenticity – a concept that would imbue the very nature of Kraftwerk’s music and performance through to the present.

“The Hall of Mirrors” questions what is authentic – the “real” person or their made-up looking-glass reflection of the person they would like to be – their “new personality. It challenges our perceptions of who we really are – the person we portray (or publicise) on Facebook, our mirrored-reflection – or the person looking in the mirror.

“Showroom Dummies” elaborates on this theme using imagery taken from their local environment, as Dusseldorf is a leading city in the fashion industry where models and mannequins abound. In this song, the dummies break out of the showroom and go to a club and dance, one of the most human of activities. The dummies have become real or maybe it’s we who have become dummies.

And the idea of authenticity versus inauthenticity is often the lens through which Kraftwerk’s efforts are assessed: music made by computers and performed by robots – is that real? Is that human? Rather than give us answers, Kraftwerk are happy to pose the questions, and in the process they often take the mick out of themselves almost in a self-deprecating way.

But it is Kraftwerk who have the last laugh as their synth-pop sound, and this album in particular, had an impact that went beyond the boundaries of Europe. The rigid quality of the drum machine rhythms and the futuristic equipment itself appealed to urban African-Americans in the poverty-stricken neighbourhoods of The Bronx and Detroit so much so that it laid the foundations for both hip hop, electro and later, techno. And “Showroom Dummies” ended up as a disco hit and even won them a Pop Music Disco Award.

Glenn O’Brien interviewed Ralf and Florian when they travelled to New York City to pick the award and asked if they also liked to dance. Ralf Hütter answered, “We didn’t dare to for some years. Most people who play electronic music don’t dance. But we started to learn it again and we’ve been to dance school in Germany. Now we are composing some electronic tap dances. We will do body movements and trigger electronic sounds through them.” Once again, Kraftwerk get the last laugh.