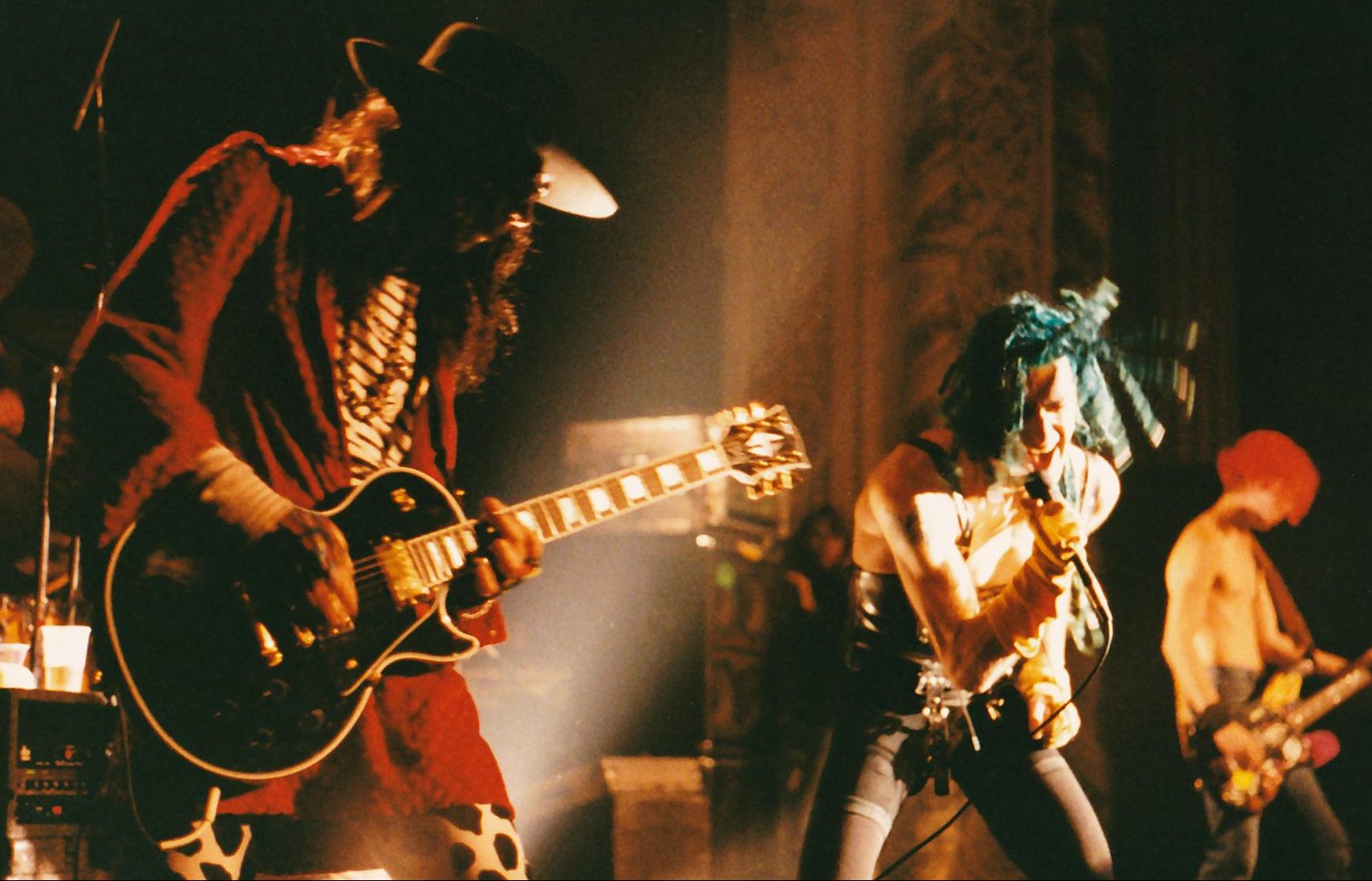 It’s safe to say few frontmen or women possess the ineffable qualities of Perry Farrell. The freewheeling singer-songwriter boasts the kind of natural confidence and assured stage presence which many performers would kill for; a microcosm of classic rock ’n roll archetypes rolled into one. A difficult and uncompromising figure, he has made an improbable career hopping between successive lineups, each time remaining the magnetic central focus.

But when Farrell established his most famous band, Jane’s Addiction, in the mid 1980s, it was not only the first true consummation of his passion for music, but also the fulfilment of a difficult life spent in transition. By 1988 the rag-tag group had generated a significant level of buzz on their local live scene, as hunger grew for their long awaited major label debut. It was the beginning of a breakneck period of excitement, not only for Farrell & Co, but for the wider west coast American rock scene, as new musical and performative styles began to intermingle. At the forefront of this new vanguard, Jane’s Addiction were ready to ride the wave. 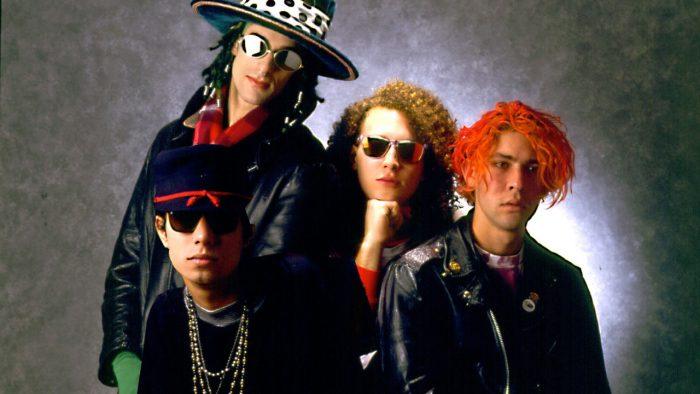 The band had settled on the name Jane’s Addiction in honour of Farrell’s housemate, Jane Bainter, whose heroin addiction proved to be a twisted source of inspiration – whilst the name provided the perfect amount of mystique and ambiguity. A narcotic focus certainly made sense to the frontman, who shared a Hollywood home with around sixteen other musicians and their hedonistic partners. Establishing a practice room in the house’s garage, they lined the walls with egg cartons and carpet in a vain attempt to stem the frequent noise complaints and disgruntled police visits.

Tired of the hair metal posturing that was commonplace on the mainstream circuit, Farrell realised that rock music, now well into it’s third decade, needed a huge overhaul in order to retain it’s place at the cutting edge of the popular conscious. This was manifesting itself in the mongrelisation of sounds emerging through the punk-funk of the Red Hot Chilli Peppers, the proto-grunge of the Pixies, and the country mutations of the Meat Puppets, amongst others.

Jane’s Addiction began to court major label interest after the release of their self-titled independent debut, recorded during a live show at the Roxy Theatre in January 1987. The album, released by local label Triple X, captured the band in their element; a free-flowing, yet grungy rock n’ roll experience which seemed tailor made for the sweaty heat of a Californian crowd. Impressed by the band’s explosive stage energy, Warner Bros. cemented their interest with an unprecedented advance of around $300,000, successfully wrangled by the group’s no-nonsense manager. 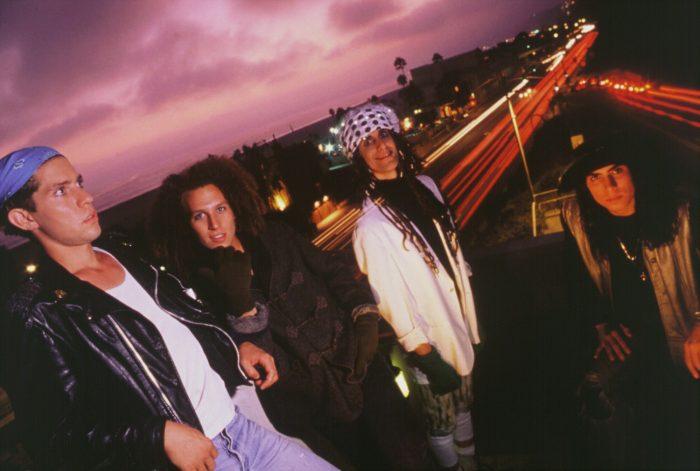 Whilst Farrell would seek to claim conceptual control of the project, it was the instrumental skills of Navarro, Avery and Perkins in which many of the album’s songs took root. As Navarro is keen to highlight : “Some came from Eric’s bass lines, some from guitar, some came from Perry, some came from drum riffs, and some just came from free-form jams. There was really no formula.”

Indeed, Navarro’s guitar leaves an indelible mark on the listener, his ability to both absorb and subvert classic heavy metal tropes via his wildly virtuosic guitar solos (immortalised on “Mountain Song”) and soaring echo-laden riffs remaining largely unrivalled amongst his contemporaries. The soft, folk-tinged strumming found on “Summertime Rolls” and “Jane Says” further emphasises the wild contrasts which lay at the very core of Jane’s Addiction’s shock-tactic ideology; Navarro’s instincts ensure the listener never knows what’s around the next corner.

Bass guitarist Eric Avery also held a particularly prolific influence, writing several songs for the album, including “Had a Dad”, “Mountain Song”, “Summertime Rolls”, and “Jane Says.” Going further beyond his duties, he even established the lyrical concepts for these songs before Farrell would develop the text further; “Had a Dad”, for instance, explores the feelings Avery felt after he discovered that he was born to a different biological father. In his own right, Avery’s bass is also continually adaptive across the album, frequently fulfilling a melodic role whilst Navarro’s guitar carves a free flowing textural atmosphere, echoing a style explored by post punk bands earlier in the decade. 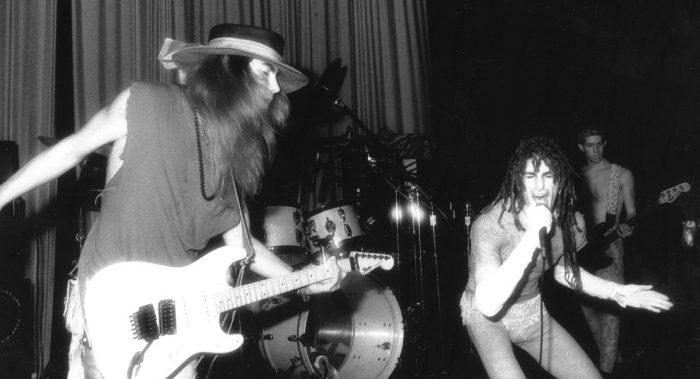 Unsurprisingly though it was Farrell who had found his ultimate playground in Nothing’s Shocking, and in the cavernous sound the band had created he found ample space for his outsized personality to truly flourish. Lacing his voice with reverb and echo the frontman often sounded as if he was singing from the centre of a storm, perfectly at one with the chaos but never failing to cut through the swirling mass. His audibly east-coast Jewish vocal inflections had collided with a singing style that was capable of both gritty wordplay and smooth melodic crescendos; a perversion of Farrell’s apparent fascination with Frank Sinatra.

Lyrically, the singer also excelled in his exploration of unconventional and taboo topics. One notable example is “Ted, Just Admit It…”, referencing Ted Bundy, one of America’s most infamous serial killers who, at the time of recording, was awaiting execution via electric chair at Florida State prison. Beyond the darkly humorous nod to the album’s title, Farrell used the actions of Bundy as a means to explore the impact of sexual violence against women and the sensationalist media’s role in the public’s desensitisation to murder.

Alongside societal critique, Farrell was also unafraid to explore deeply personal topics on record. In addition to the spiritual yearning of “Had a Dad”, “Mountain Song” contains oblique references to his mother’s suicide, most obviously in the chorus line, ‘Cash in now, honey… Cash in Miss Smith.’

Nothing’s Shocking was almost instantly lauded as a modern rock classic after its release in August, 1988; the band emerging as critical darlings for their bold amalgamation of influences and rewarded with high profile magazine covers. But the final obstacle would spring from another of Farrell’s provocative ideas. His explicit cover design, modelled on his girlfriend Casey Niccoli and  featuring a pair of naked siamese twins with flaming heads, proved as commercially toxic as it was brilliantly bizarre. 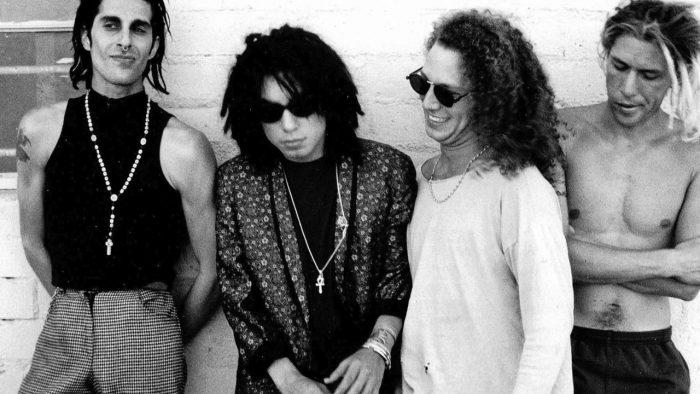 Despite now sitting comfortably as a platinum release, at the time this all resulted in rather modest first year sales figures of around 200,000 copies sold in the US. Guns N’ Roses had hit the top of the US chart with Appetite For Destruction only one month before the release of Nothing’s Shocking, which peaked at No.103.

But although the album had succumbed to the harsh realities of the music business, perhaps more importantly it placed the band at the forefront of an alternative rock movement which saw its true mainstream breakthrough in their follow-up, Ritual De Lo Habitual, infiltrating the US Top 20 and hosting the band’s biggest hit thus far in ‘Been Caught Stealing.’

And despite their crack-cocaine fuelled collapse in 1991, the legacy of Jane’s Addiction’s short but sweet major label experience remains an integral moment in the commercial acceptance of alternative rock.

Nothing’s Shocking was a stubborn manifesto against creative boredom and a daring ode to the risk-takers who felt alienated by the passive consumerism of the status quo. And whilst it’s radical collision of ideas has perhaps finally been accepted, in an age of both relentless nostalgia and internet innovation, it will surely remain a foundational blueprint – a cornerstone for the future freaks of rock n’roll.