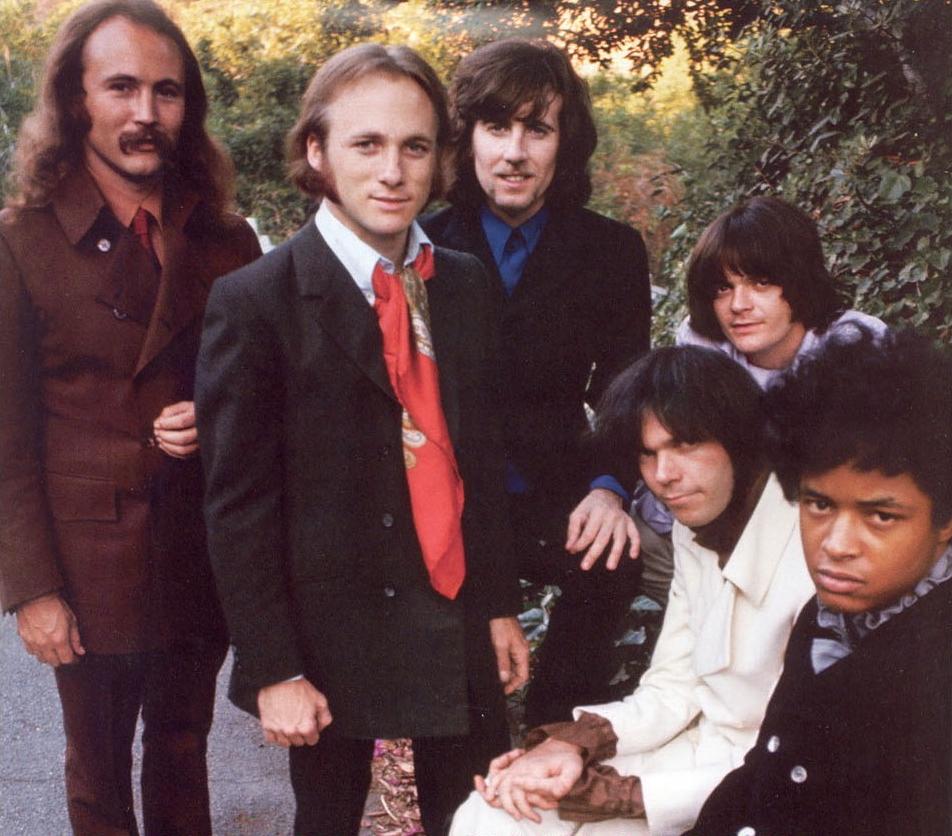 “Neil’s a strange energy. He brings a darker edge and a more realistic edge to our music…It did fit, though. Déjà Vu is a pretty fun album.”  – Graham Nash,  Music Radar 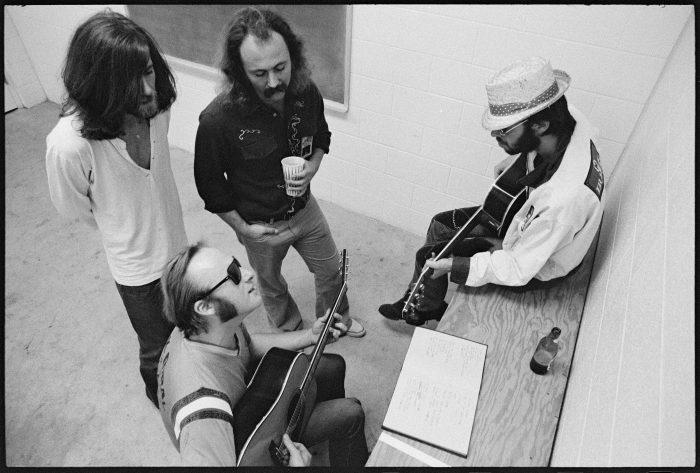 There was a time when an invitation to a Joni Mitchell or Mama Cass party could be an invitation to make musical history. Graham Nash, David Crosby and Stephen Stills knew each other from ‘the scene’ but it was a party hosted by Mitchell where the three heard their voices harmonise together for the first time and a new band was born out of the ashes of The Byrds, Buffalo Springfield and The Hollies. However, unlike other super-groups like Cream and Blind Faith, Crosby, Stills and Nash warily used their last names so that the act could not continue if one were to leave.

They quickly recorded their first eponymously titled album which was a major hit but also presented a problem. Multi-instrumentalist Stills had played most of the non-guitar parts in the recording and they now needed to perform these songs live, so Atlantic Records’ founder Ahmet Ertegun suggested Still’s former Buffalo band mate Neil Young participate in their tour. At first Nash didn’t want Young to join the band (as he told Music Radar), but then realised that not only could the band use more of a rock edge, but also “that Stephen needed somebody to spark off of and play the guitar, because that’s who Stephen was. He loves the challenge of two stags facing off.”

The band with the addition of Young debuted live at Chicago’s Auditorium Theater with Joni Mitchell as the opening act. Two days later they performed their second gig at the now legendary Woodstock festival. Joni, who was also in a relationship with Nash, sadly missed the Woodstock event, as their collective managers Elliott Roberts and David Geffen were not sure if she would be able to extricate herself from the 800,000 amassed throng to make her appearance on The Dick Cavett Show the following night. Instead, she viewed the happening at Yasgur’s farm from her hotel room in New York City and wrote a song dedicated to the gathering. 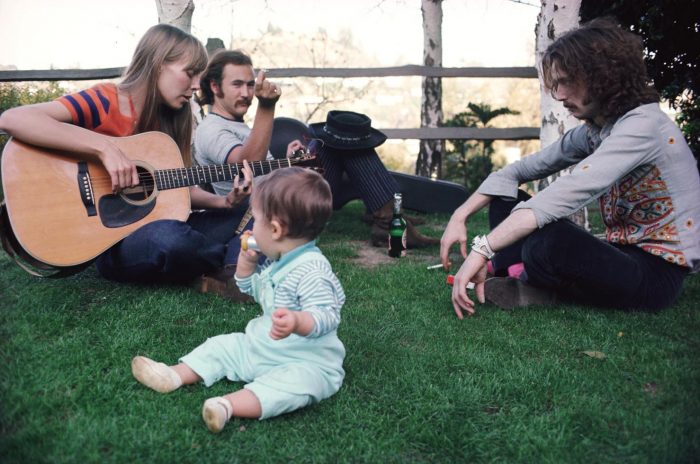 Her own pensive recording of ‘Woodstock’ was released on her ‘Ladies of the Canyon’ album in March of 1970. That same month, Crosby, Stills, Nash and Young released their celebratory cover on their ‘Déjà Vu’ LP. Their version became an instant counterculture classic.

The mood of their second album (or their first as the new CSN&Y incarnation) was much different than their debut as Graham Nash told Music Radar. “During the first album, we were all in love. David was in love with Christine [Hinton], Stephen was in love with Judy Collins, I was in love with Joni [Mitchell]. Everything was rosy and fantastic. By ‘Déjà Vu’, Joni and I had split up, Stephen and Judy had split up, and Christine had just been killed. It was all dark.” The song ‘Our House’ would have been somewhat bittersweet to record as Nash’s lyrics were centred upon the Laurel Canyon house in which he lived with Mitchell.

Crosby was especially going through a tough time as recording commenced just days after his girlfriend Christine was killed in a car accident. He told Rolling Stone in a 1970 interview, “I was not at my best as a functioning person. I would sometimes come in to the studio and wind up crying being completely unable to deal with it all.” 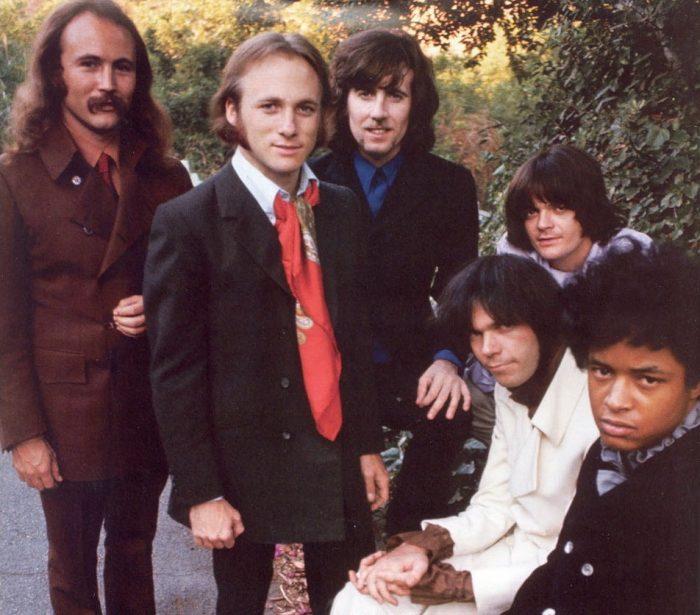 The band members may have been harmony singers but inter-band relationships were not exactly harmonious, possibly due to the fact that all four artists were singer-songwriter-guitarists. Most of the 800 hours of recording time saw the musicians recording their own parts separately, and some of the songs do not feature Young at all. As he bitterly recalled in the Red Beard radio interview, “They were pretty much into the Crosby Stills and Nash trip at that point so we just did a couple of my songs and added them on.”

The band members would critique each other’s contributions and there was friction. Crosby self-critically admitted to Rolling Stone, “I probably brought it down by sticking to my guns on one thing. I kept ‘Almost Cut My Hair” in there over the protestations of Stephen, who didn’t want me to leave it in ’cause he thought that it was a bad vocal.”

On the other hand, Young loved Crosby’s vocal and wanted more live recording as he resentfully told Red Beard, “I played on ‘Woodstock’ which had a great live vocal on it that Stills did that they erased to do a perfect live vocal which sucked. That pretty much typifies the whole deal there. … most of the things they were so concerned with making them perfect but they were better before they started messing around with them.”

Perhaps Young’s squabbles with Stills this time around were a déjà-vu from his Buffalo Springfield days? The bickering continues today (currently between Crosby and Young) so it is still not a case of ‘Everybody I Love You’, but this album is still testament to their collective force even in the most inharmonious of times.