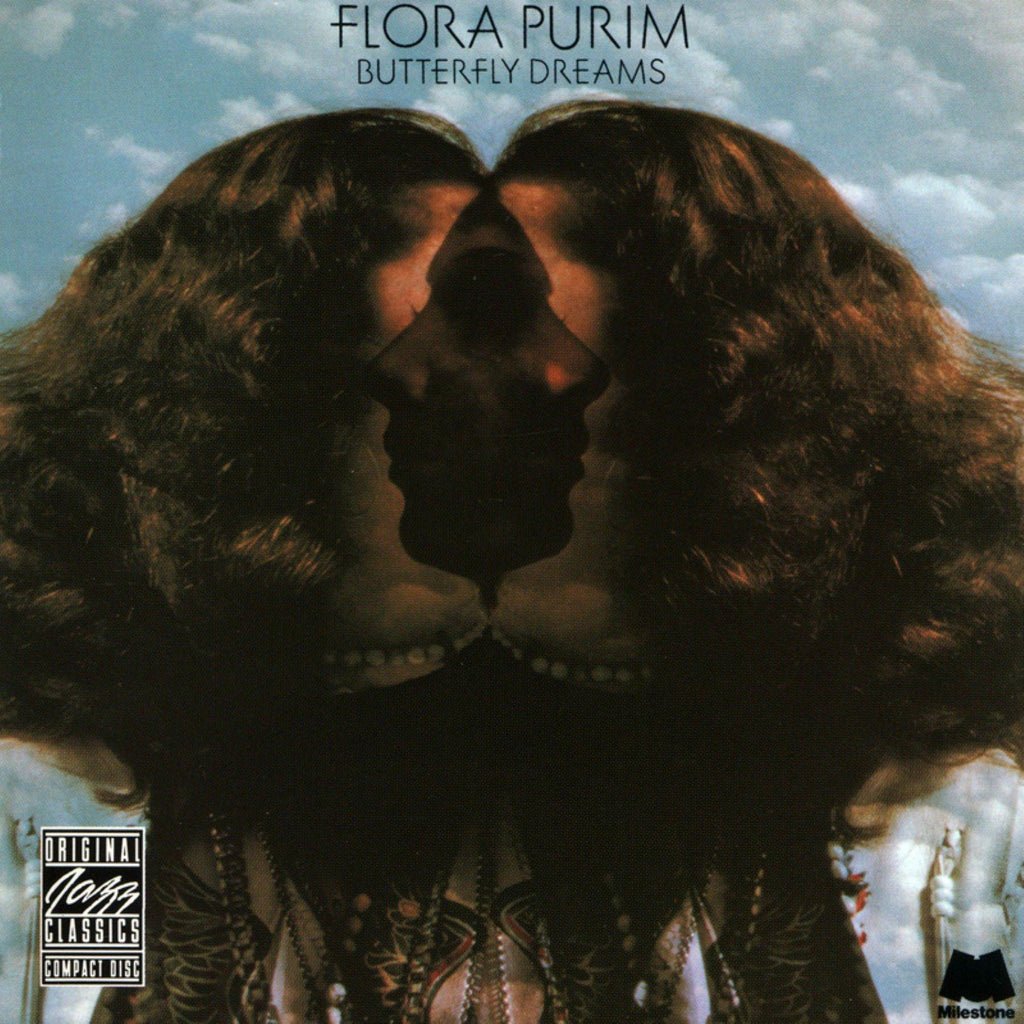 March’s Album Club on Wednesday 16th March at 8pm GMT will see the 80-year-old Queen of Brazilian Jazz, Flora Purim, join us from her home in Brazil via Zoom to discuss her iconic 1973 LP Butterfly Dreams. This is a special event held in celebration of International Women’s Day.

Influenced by both traditional Brazilian singers and the improvisations of American jazz divas like Ella Fitzgerald and Sarah Vaughan, Flora Purim was one of the most adventurous singers of the 1970s. After meeting and marrying her husband, percussionist Airto Moreira, in their native Brazil, Purim moved with him to the U.S. in the late ’60s. Though she worked with Stan Getz and pianist Duke Pearson before the decade ended, it wasn’t until joining Chick Corea, Joe Farrell, Stanley Clarke, and Moreira in the original Return To Forever in 1972 that she became well known in the States. Purim showed considerable promise on Forever classics like 500 Miles High and Light As a Feather and lived up to it when she went solo with 1973’s Butterfly Dreams.

In advance of the meeting, Colleen will send out a ‘Musical Lead-Up Playlist’ of 10 songs – music that will set the tone for the deep album listening featuring Flora Purim’s inspirations and other bands in their milieu at that time.

Patreon Members and higher tiers can attend the Album Club and also our Classic Album Pub Quiz which will be held on Friday, 11th March at 8pm GMT. You can subscribe here and don’t forget you can unsubscribe at any time.