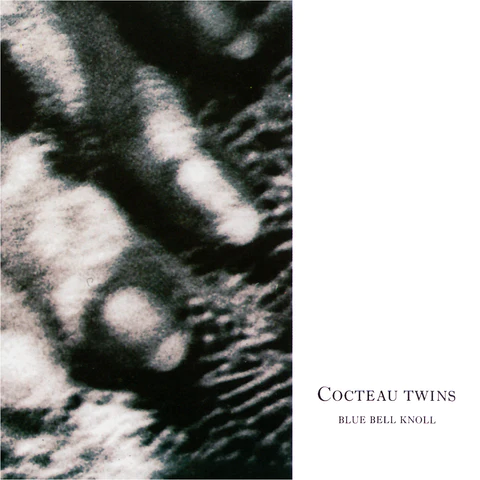 On Wednesday 14th December 2022 at 8pm GMT our Album of The Month Club will feature one of the most significant Cocteau Twins’ albums Blue Bell Knoll. Often regarded by the band as their first real album, Blue Bell Knoll was released after a two year hiatus emerging with a denser, more sophisticated sound.

The late eighties and early nineties saw a whole wave of bands, including Lush, Slowdive, Ride and Chapterhouse, who undoubtedly took a musical cue from the Cocteau’s. Most likely so did Bristol acts like Massive Attack and Portishead, who drew on these principles to create their own unique brand of alternative hiphop. Fraser, Guthrie and Raymonde may have been inspired by acts like Siouxsie and The Banshees and musicians like Brian Eno, but in turn their own distinctive influence is still heard in the heartbreaking and lovelorn music of today.

In advance of the meeting, Colleen will send out a ‘Musical Lead-Up Playlist’ of 10 songs – music that will set the tone for the deep album listening featuring Cocteau Twins’ inspirations and other bands in their milieu at that time.

Extended Play in Delaware (Behind The Counter USA Episode 10/12)

An evening with Eddie Kramer Gallery