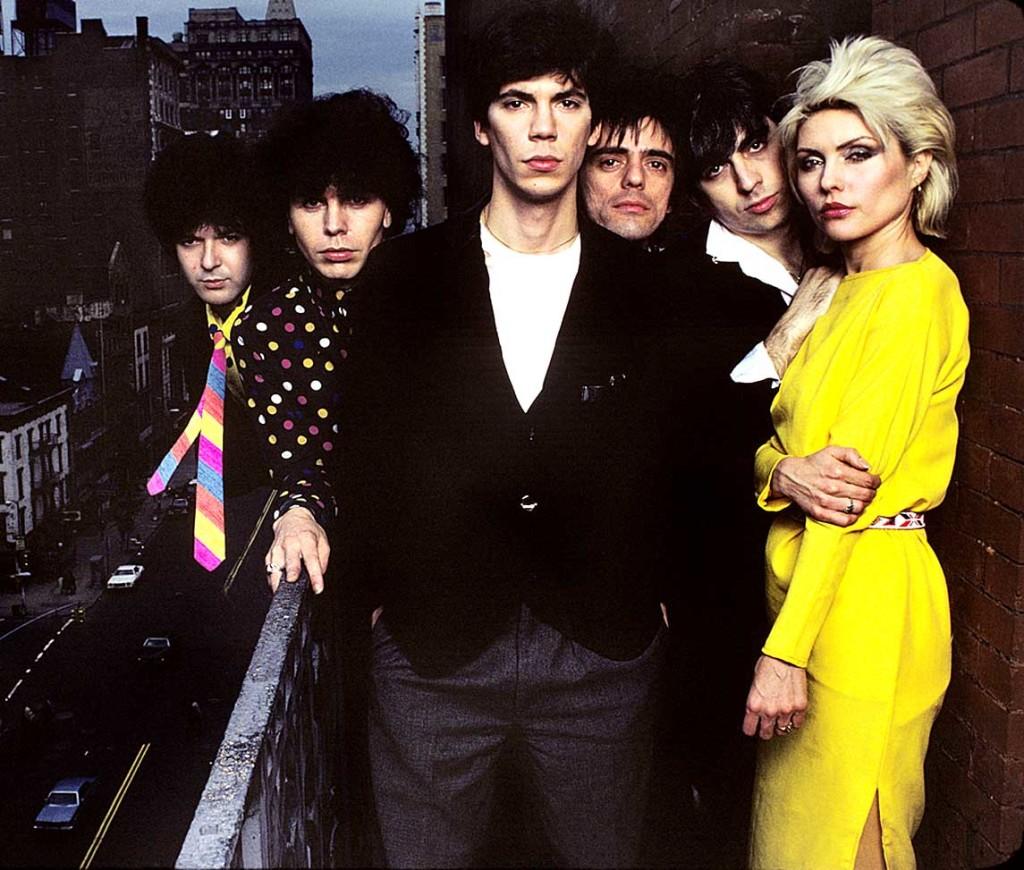 As just one of a plethora of bands so closely linked with the musical upheaval of the late 1970s, Blondie arguably remain the most iconic. From Debbie Harry’s frosty front-woman persona to the band’s tightly-wound rock n roll technique, they emerged at a time of reinvigoration within America’s underground; particularly the fertile atmosphere of Downtown New York City.

Alongside bands such as The Ramones, The B-52s, and eventually Talking Heads, Blondie quickly settled into their groove as one of the key live bands of several downtown hotspots, including CBGB’s and Max’s Kansas City. Nurturing the punk sensibilities that would soon burst into the cultural mainstream via the Sex Pistols, these venues offered a means to which young bands could generate a cult following of hip locals, whose word of mouth promotion could provide a welcome boost to their label recording prospects. Policies such as CBGB’s rule that bands play mostly original material provoked a forward-facing sensibility in which musicians were encouraged to be truly creative, sparking minor feuds between groups striving to upstage one another. 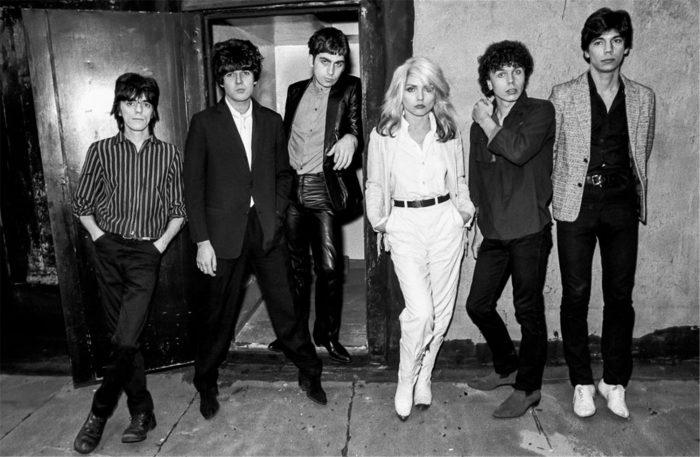 Looking to capitalise on the success of their second full-length, Plastic Letters, Blondie had begun searching for a producer who could solidify their latent pop prowess. Out of several candidates, Australian producer Mike Chapman surfaced as a particularly promising figure. Chapman had become synonymous with the early 70s era of glam rock, collaborating alongside songwriter Nicky Chinn to forge a distinctive crossover sound with acts such as The Sweet, Suzi Quatro, Mud, and Smokie. At their most prolific, the so-called “Chinnichap” effect accounted for 19 UK top 40 singles between 1973-74, five of which were number ones. But whilst Chapman’s pop credentials were certified, by the end of the decade it was also clear that he had yet to work with a band as internally conflicted as Blondie.

As rehearsal sessions began, the producer recalls his introduction to the band:
“The Blondies were tough in the studio, real tough. None of them liked each other, except Chris and Debbie, and there was so much animosity. They were really, really juvenile in their approach to life — a classic New York underground rock band — and they didn’t give a fuck about anything. They just wanted to have fun and didn’t want to work too hard getting it.”

Chapman was struck not only by the looser style of songwriting but the band’s overwhelming lack of technical skill, declaring, in no unclear terms, that they were musically the worst band he had ever worked with. As he explains: “Jimmy Destri was a pretty good songwriter, but he wasn’t a great keyboard player. What he did, he did well, and I didn’t ever try to push him beyond that because I knew there wasn’t anything beyond that. Chris Stein was always so stoned, and although Clem Burke had all the right ideas, he had no sense of timing. I mean, he had a lot of ability, but I always felt he was trying too hard.”

Hoping to heal some of these wounds, Chapman painstakingly invested hours which each of Blondie’s members individually, to ensure both a tightened technical grasp and a self-confident state of mind. With Stein in particular, he notes: “I’d send everybody else out of the studio and I would sit with Chris for hours and hours; just me recording and him playing to get all his parts right. I wanted him to get his parts right because I knew that was important to him.” 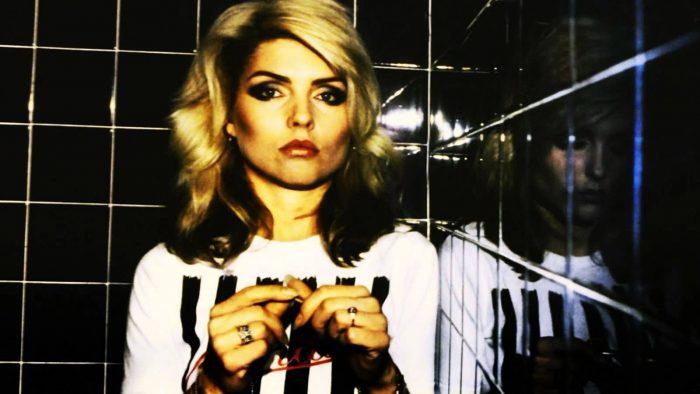 With the top of the charts in their sights, the band had assembled some of their most direct and accessible work to date, determined to ensure Parallel Lines’ success. Whilst many of these new songs drew from material Blondie had been performing since their formation, few were totally complete when the band first entered New York’s Record Plant studios. A reggae-tinged song, entitled ‘Once I Had a Love’, was the first to undergo new treatment; a makeover which would complete its transformation into the iconic ‘Heart of Glass’.

Armed with a Roland drum machine Chapman laid down a simple 4/4 groove, modelled on the likes of the Bee Gee’s and Giorgio Moroder, upon which the band reliably mutated the song’s original format. What emerged was not only a pop masterpiece, but a much needed studio ice-breaker, with Harry particularly won over by the producer’s innovative direction.

The singer had moved away from the brash postmodernist referencing of Blondie’s initial studio output, developing, in parallel to the band’s newly popular approach, a songwriting style which drew on romantic themes of teenage lust, loneliness, and the yearning idolisation of Hollywood stars, exemplified on songs such as “Sunday Girl” or “Fade Away and Radiate”.

Perhaps most importantly, the band were keen to foreground a newly assertive brand of female role model within their songwriting, taking a lead from Patti Smith’s mid-70s prominence and foreshadowing the likes of Siouxsie Sioux. In Blondie’s incisive songs, female protagonists were rarely victimised, instead portrayed with the kind of depth and emotional dimensionality too often reserved for the expression of male lust and heartbreak. As the 1980s, and its post-punk era, approached, Parallel Lines would stand as a pivotal moment in the realisation of punk’s ability to amplify female voices on their own terms. 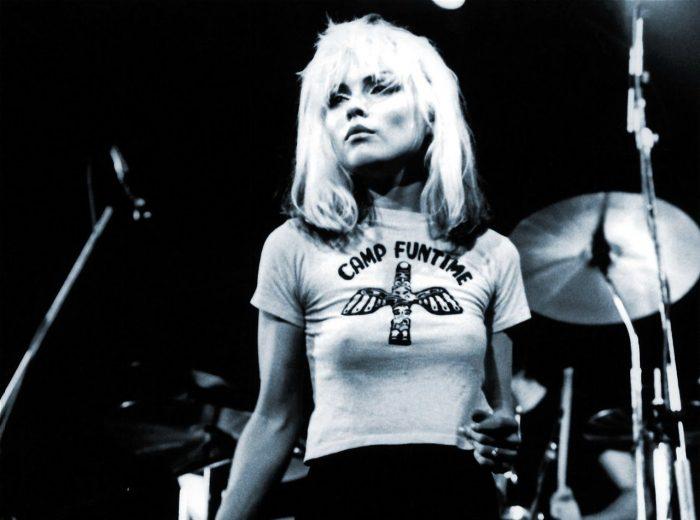 Eventually selling over 20 million copies worldwide, in the UK alone the album spent 106 weeks in the charts throughout the late 1970s, peaking at Number One, and a new high of Number Six in the US. It set the watermark so high that the band would forever struggle to replicate this lightning-in-a-bottle energy, a career-defining moment which loomed heavily over their 1982 breakup.

But to this day, Parallel Lines remains both a fascinating document of a revolutionary era and a strangely timeless confirmation of pop’s all-encompassing power. As a seamless collection of iconic, sing-along songs, Blondie had achieved in one album what few pop-stars could hope to replicate across an entire career. In doing so, they proved not only that a highly-polished album could be just as exciting as the edgiest of underground releases, but that a band could maintain its utterly unique identity in an industry renowned for its manufactured nature. As the definitive blueprint for future crossover stars, its ineffable magic remains both hugely inspiring and deeply confounding. Perhaps that’s why, four decades on, we’re still waiting for its worthy successor.