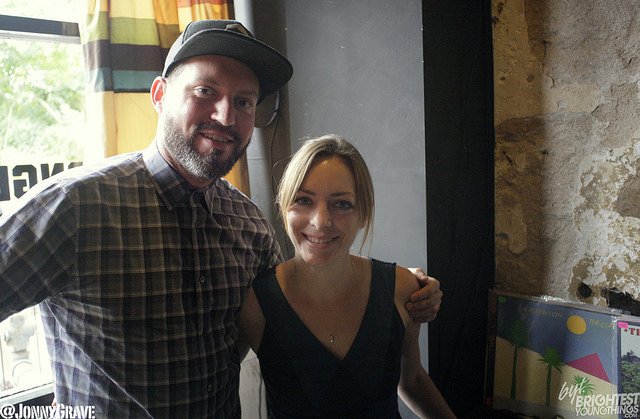 Joe Lapan, Alisha Edmonson, Peter Lillis, and John Weiss are our Classic Album Sundays hosts in D.C and members of the Songbyrd Music venue team. Ahead of our D.C event celebrating Prince’s seminal Sign O’ the Times, we caught up with the guys to discuss the inspirations behind this week’s listening…

Here in DC, like many other places, it takes some inspiration, pep and energy to get up each day and face the traffic, crowds, deadlines and the politico establishment.  Not usually the time to listen to new music, but instead tried and true soulful and positive grooves like Golden Age hip hop or soul music.

This weeks it’s been the new A Tribe Called Quest, We’ve Got it From Here… Thank You 4 Your Service.  A Tribe Called Quest was really my first musical love affair, and first concert.  The fact that they recorded and released this album is beautiful in and of itself, and like I’ve said to people, it’s more important THAT it is, not WHAT it is.  That being said, there are some solid tracks, with “Solid Wall of Sound” being the sonically most interesting with the featuring of Elton John and an obvious homage to Phil Spector. 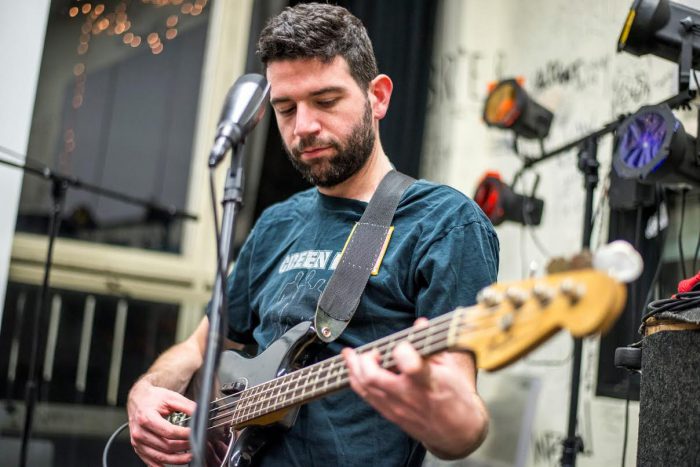 Issac Hayes’ Hot Buttered Soul. I’ve heard the opening track “Walk On By” sampled in many of my favorite songs over the years, but somehow never heard the complete 12+ minute version. Fantastic piece of music, so epic and progressive. After jamming ATCQ’s latest, and still processing the state of our nation, “Walk On By” was a breath of fresh air, a message from the past that rang true today. “If you see me walking down the street / And I start to cry each time we meet / Walk on by, walk on by.” We’ve seen an awful lot of tears over the last week but we are still hopeful and positive!

Since Songbyrd Music House is also a 200 person venue, we are a little biased here!  Last week we had a fantastic show with up and coming star Marc E. Bassy. Marc was amazing. He has built a really passionate audience around his youthful Cali-soul sound and the room was packed!  Marc is so great with his fans, takes time with each one of them, and took his keyboard into the middle of the floor for a couple songs surrounded by the audience!  What we love about our room is its ability to offer these really intimate and engaging opportunities to interact with the artists.

Aside from that, the DC music community got together a couple of weeks ago for an event called Building the Music Capital.  Artists, venues, government, educators and more from the local community got together to discuss how to continue to grow our scene and it’s always inspiring to get so many talented and passionate people in one room. 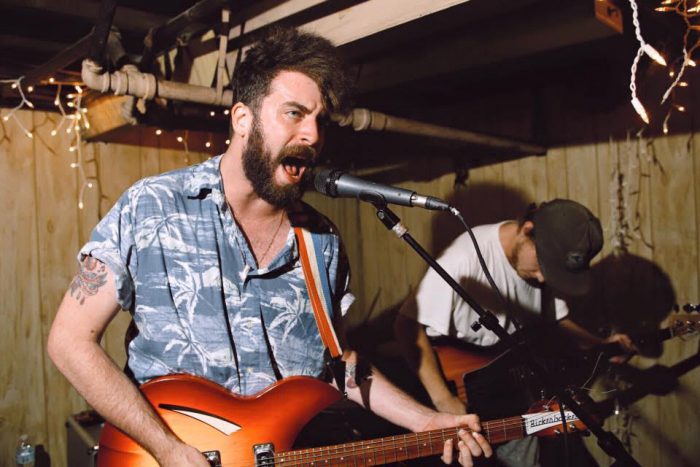 D’angelo –Voodoo (2000): First of all, I love albums that feel like an artist has truly achieved their full potential and built so far on their prior work.  What D’angelo did between Brown Sugar and Voodoo is amazing. Straight up, this is the best R&B/soul album ever. Once you get into this album (which doesn’t take long) don’t plan on listening to much else for a month because you won’t want to.

A Tribe Called Quest –The Low End Theory (1991): This was a tough call between Low End and Midnight Marauders but Low End takes it based on its official ushering in of the Golden Age of Hip Hop.  The production, the grooves, the lyricism set the bar for hip hop to this date.  Just listen to Questlove and Pharrell talk about this album on the ATCQ documentary Beats, Rhymes & Life.

Tame Impala – Currents (2015): A modern classic that is in a word, captivating.  Like The Beach Boys went on the best acid trip ever and came back with an album that thematically and sonically defines the 21st century so far.

Marvin Gaye – What’s Going On (1971): The soul music of the 1970s underpins everything we love and most of what we hear today.  Picking between Marvin Gaye, Stevie Wonder, Roy Ayers, Earth Wind & Fire or others is difficult, but Gaye’s What’s Going On accomplishes that perfect blend of politically aware and musically beautiful sound that make this album the first one to put in the early 70s time capsule.

Mayer Hawthorne – Where Does This Door Go (2013): Had to go outside the box here with an album that probably almost no one would call “classic”.  But I’d have to disagree.  One of Stones Throw Records’ (home of J Dilla, Madlib, Mndsgn & more) crowning achievements is taking Andrew Mayer Cohen and helping create “Mayer Hawthorne”.  Building on the promise of his throwback, blue-eyed soul debut and sophomore albums, Mayer reaches a zenith in songwriting, production and performance on this one.  Every song is great, and Mayer’s live performances of tracks like Allie Jones introduce even greater layers and appeal.  If Tame Impala captures the zeitgeist of the 21st century, Mayer works to convert the darkness, disillusionment and heartbreak into music that we can all party to.

The thing I really like about living in DC is that the music scene isn’t completely over-saturated. Some see this as a disadvantage, with the common conception being a thriving arts scene comes hand in hand with competition, but I think it goes beyond that. There is this incredible community of musicians and artists working hard to make a name for themselves in a city not known for its current music or art scene. Most people associate successful music & art scenes like the ones of New York, Chicago, and LA, not DC. However, DC is an anomaly. People here are working hard to make a scene for music & art in a city based on politics, and I think that says a lot in itself. I’m proud to be someone working to improve the outsider image of DC’s music and arts scene.

Oh, man, why did it have to be this week!?!?  Have to go with Prince’s Sign O’ The Times.  Why?  Well not only is this our upcoming featured album at Classic Album Sundays DC on 11/27, but this week has been all about looking around and taking stock of the times we live in.  What is great about this Prince album is that it is in no way explicitly political but addresses so many aspects of identity politics just by its content and context.  Prince cemented his place at the forefront of pop culture’s discussion of gender, race, sexual orientation and more.  As we look around at the signs of our current “times”, all of these conversations are as relevant as ever and we have to keep challenging ourselves the way Prince challenged us.