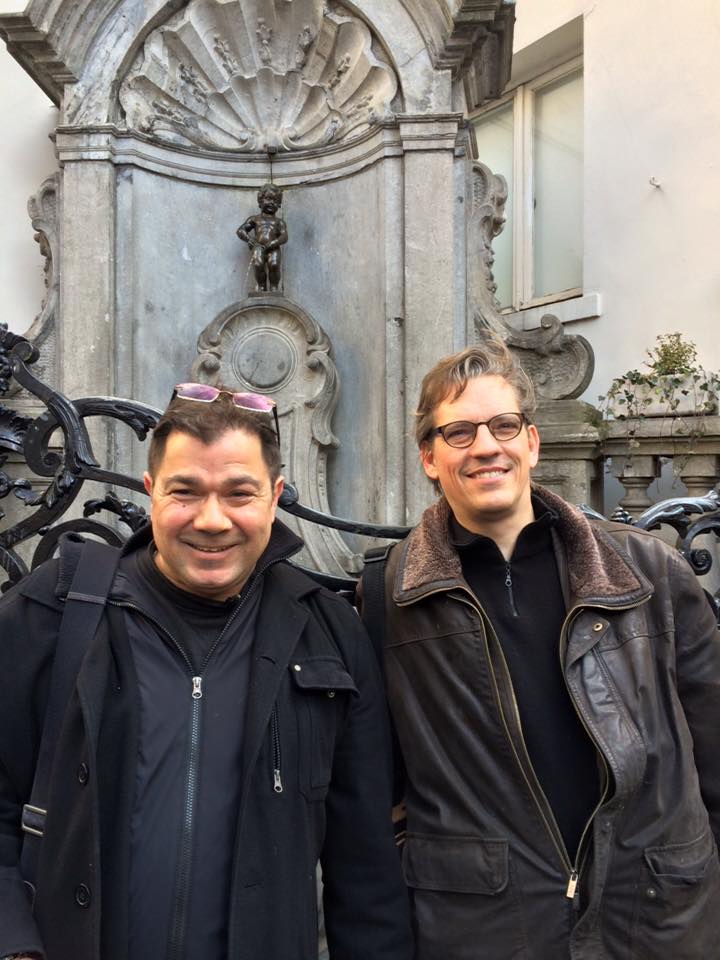 I guess my role could be described as Avantgarde Acoustic brand ambassador in the Benelux. In collaboration with Avantgarde Acoustic in Germany and their Benelux distributors X-fi, I support the Classic Album Sundays sessions in Amsterdam and Brussels. I put the audio menu together, install the lot, cue the records usually, and keep myself available for feedback.

So far, the response has been heart-warming and sometimes overwhelming – in contrast to the typical high end audio show audience, people tell us about the emotional connection to,  and sometimes even the physical experience of hearing music through our speaker systems rather than the nitty gritty of  ‘audiophile’ criteria – which is the whole point of being involved with these events! 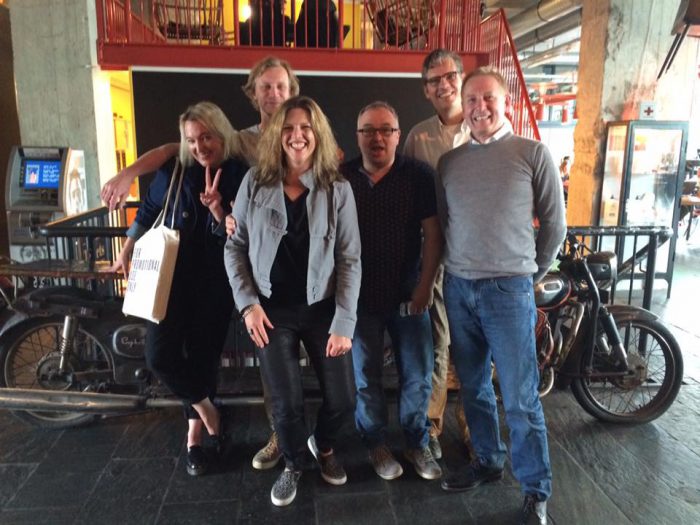 What were the personal inspirations that kick-started  your interest in the audio hardware field?

In daily life, I am a classic car and high end audio writer/editor: in the latter field, I’ve been mainly writing about analogue stuff  – turntables, cartridges,  phono preamps et cetera – in a rather delightful German magazine called Image Hifi.

I started seriously buying records when I was fifteen, sixteen years old, and going to concerts (U2, Simple Minds, New Order – showing my age there!) a little later. As a college student, back in those early-to-mid 1980s, of course, the first thing to do with ones allowance was to buy hifi. My first ‘serious hifi’ comprised of a Dual 505-2 (De Luxe version with wooden plinth, no less!, a small Yamaha amp without tone controls and Mission 70-II speakers.

You know the feeling when you hear a song for the first time on the radio and you’re struck with lightning? Then you buy the record and put it on, halfway expecting to be knocked off your socks and somehow, that doesn’t quite happen. I guess I’ve been chasing that something that keeps you from getting that totally immersive experience all along. It’s how audio habits start… 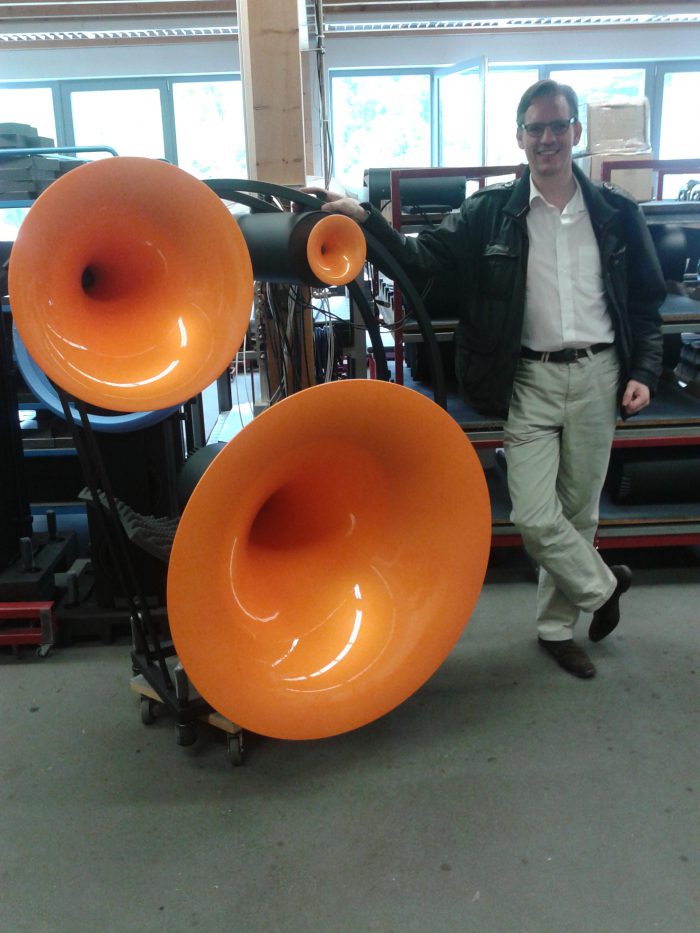 In your opinion, which are the key characteristics and qualities that define truly excellent sound?

A great audio system gives you the most intense, direct, undiminished connection to the music. Music is all about communication, transporting emotions and experiences. While recorded music can never 100% accurately reproduce the recorded event, it should be authentic. It should sound like real sounds in a room without any ‘mechanical’ artefacts. Getting a little technical, it’s the way a hifi system handles low-level signals – all the little details that give a sound, be it the human voice or a TR-909 drum machine, its very own character and ‘life’ – that makes the most difference in my opinion.

The lower the threshold of a system’s dynamic range – sometimes called the ‘noise floor’ or ‘sound floor’ – the more ‘alive’ and authentic it will sound. Contrarily, there are many ‘high end’ systems out there that are excellent in all the usual technical respects – a flat frequency response, wide bandwidth, low total harmonic distortion, wide and uniform dispersion characteristics – yet still leave you stone cold. Something gets lost in translation, and when I have to make an educated guess, I would say that a high noise floor is the main culprit.

How do you feel your brand is unique and what are you trying to achieve through your products?

In this field, horn loudspeakers represent the ultimate. It’s simply the most efficient way to couple a transducer’s output to the surrounding air; you can find this very principle everywhere in nature – even our own ears.

An Avantgarde loudspeaker system typically has an efficiency rating of 107 dB/1W/1m, which means for any given sound pressure level it needs 100 times less power than your average box loudspeaker at 87 dB/1W/1m. The speaker itself has to move very little to create significant sound pressure levels, starting and stopping ‘on a halfpence’ with the music signal, and playing far cleaner with less distortion. As a matter of fact, research has shown that Avantgarde horn speakers have 8x less distortion and show 10x more fine detail (there’s that ‘sound floor’ again) than conventional speakers. 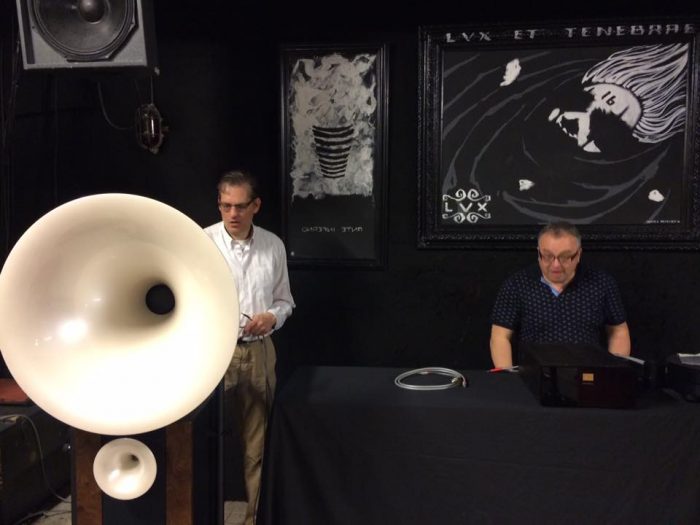 Why do you think sound quality is still such an integral part of the modern listening experience?

In a world that’s growing more artificial, ‘digital’ and arguably desensitised, people are looking for authenticity in their experiences. You may stream or download on your laptop or phone, and you think ‘Ah, that’s nice’. You download more work from the musician, get to learn more about the artist, their personal journey leading them to that particular album, alongside songs which influenced them.

You become a fan… and then you hear that very album on a truly great audio system – on a Classic Album Sundays event perhaps – and at once, all the pieces fall in their place. It’s just about the best thing in the world.  Apart from the obvious, I think for me only driving my classic TVR sports car runs close in intensity…

Describe your musical tastes, and how you think they may have shaped your ideas surrounding the role of high quality playback

Having come of age in the latter days of the post punk and new wave movements, I then got into electronic dance music – I have to give Blue Monday credit for that – industrial, house, techno, hip hop, trip hop, goth, metal, whilst tracing some of the roots back via Kraftwerk, Bowie, The Doors, Led Zep. All of it is, to a point, what I’d call ‘ritual’ music.

I much prefer the visceral to the cerebral; raw emotionality to technical achievement; pulsating rhythms to well… no rhythm. Blame that last one on a low boredom threshold, if you will. As a result, I’m not a fan of Mickey Mouse hifi, I can live without pinpoint stereo imaging – which I have yet to hear in real life, anyway – but I want a sense of ‘proper’ scale and dynamics.

Describe your top five albums,  and why they remain so important to you

From the moment the powerful bass line hits in The Robots, you sense that for all their deadpan delivery and superficial anti-rock cleanliness, the Düsseldorf outfit were actually rather gutsy, groovy, and funky, even. Small wonder the early hip hop, electro and new wave/disco crossover fraternities were all over it. Then there is the typically Middle European sense for melody and harmony which I feel somehow resonates with my own cultural roots…

Probably the most intense, confrontational rock album I know. Sparse and claustrophobic at the same time; cold and distant, yet close enough to pierce your soul. I only feel I can properly breathe again after the needle hits the inner groove…

It could as well have been Violator or even their latest, Delta Machine – but alas, I have to choose. Dark, immersive soundscapes and Dave Gahans brooding vocals, all wrapped up in plain good songwriting. Stripped is the seminal  track for me –simple, emotive, industrial rhythms building up to an orchestral climax, with Gahan being at his most compelling.

I don’t know how else to describe it other than a deep, dark, chilled, sensual and sensory trip interspersed with bouts of complete warmth and as-oneness (Teardrops) which manages to be totally in the right place.

To me, this is their most complete work, going beyond their usual tarmac-splitting Teutonic techno marching band rhythmic and industrial-strength guitar riffs to reveal a very German sense of melancholy (sort of citing Goethe in Dalai Lama and hinting at Schubert’s Winterreise in the title song) which just resonates with me. And I readily admit I cry every time I hear the ballad Ohne Dich. I have no shame.

Is there a specific instance you can recall where the quality of sound elevated your listening experience to another level?

On a couple of recent CAS events, when ‘running in’ the system with records I know well, I sensed what I would call a  ‘next level’ experience. It very seldom happens, as after years of fine tuning, the system I built around my old Duos tends to be a hard act to follow, let alone surpass by something you have a few hours to prepare. Donna Summer’s I feel Love, last time in Amsterdam, however, was something else – the percussion, the vocals, the choral overdubs – all came out so effortlessly glorious…

Do you consider the needs of any specific genres and their typical listening environments whilst designing and marketing your products?

At this level, a system should be at least very good with all kinds of music, however, within that bandwidth there are of course particular strengths that align well with specific demands. For instance, I can’t name many high end speakers, apart from Avantgardes, that work brilliantly in clubs…

At CAS events there’ll be more focus on the rendition being authentic and emotionally compelling, hence I like working with Audio Note valve electronics for instance; the typical high end audio show goer might listen in a more technically analytical fashion, while on a luxury lifestyle event one might want to be a little more ‘impressive’. They’re very slight variations though – the sound should be fundamentally right or there’s no point being associated as a brand… 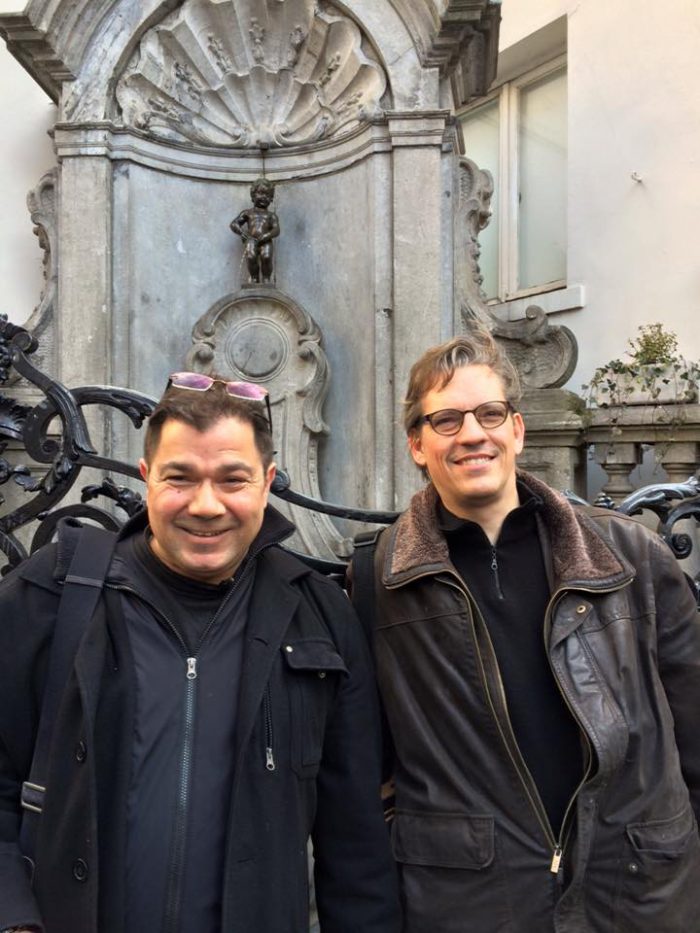 How do you think the listener’s expectation of an audio system has changed over the years?

Go back to the 1970s and 1980s and a ‘proper’ hifi system was a fixture in just about any household. Portables and the advent of MP3 are made for a generation that didn’t necessarily grow up with the presence of a ‘real’ audio system built around an amplifier and stereo speakers. Meanwhile, the bar for the latter generally kept on rising in both quality and cost, reflecting a society where the ‘middle ground’ is slowly disappearing, and personal experiences as well as opinions become polarised.

As new technology continues to expand horizons, how do you see our experience of sound developing in the future ?

At the high end level, progress tends to be incremental and significantly costly. As someone in the business once put it: ‘if the sound quality of audio systems had progressed as quickly as magazines would have you believe, by now we’d have music in our homes that sounded better than the real thing…’

The state of the art will continue to progress, but where in the mid-’80s you could buy a £500 turntable,  and spend maybe £1000 on a tonearm and cartridge, creating a system that could make a legitimate claim of being one of the world’s best, you might now need to spend six figures…

I must say from a philosophical point of view I am still drawn to vinyl, as it tends to reward personal involvement and dedication on all levels; theoretically, the achievable resolution is infinite, but you only get out of it what you put in…

[ Past ] Classic Album Sundays and The John Peel Archive present...