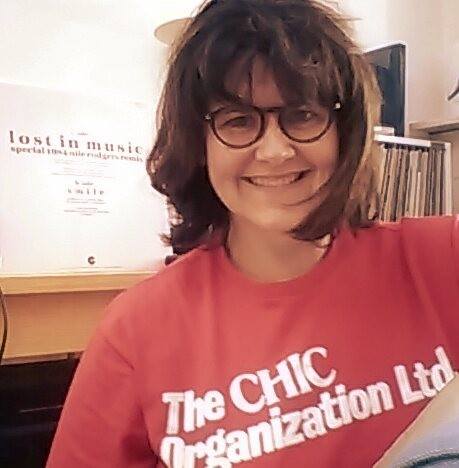 Gina Lapsley is our Classic Album Sundays host in Brussels. Ahead of Gina’s appearance at this Sunday’s tribute to David Bowie’s Ziggy Stardust – at which she will be joined by the album’s producer, Ken Scott – we caught up with Gina to discuss the recent activities and musical influences behind her weeks listening. Over to you, Gina!

Yes. Music with a caffeine kick. Generally I need waking up as I’m not really a morning person. A Mr K edit usually does the trick, like his cut of Thelma Houston’s “I’m Here Again” – I like a sneaky dance around too!:

But … on a Sunday morning it’s a different story. I tend to put on something that helps me escape into a dreamland, like Finis Africae or Zenamon’s “Oh Nandu What We’ve Done”, recently.

This week is all about Ziggy Stardust, as it’s our chosen album for the special Brussels CAS session with Ken Scott. I never tire of it, so it’s bliss really!

I am torn between the best 12inch and best album, so I have to put both down! First is an amazing dance track from the autumn Loft party in London: “Adventure Party” by The Young Gentlemen’s Adventure Society. My Best album discovery is even older – A UK Contempo compilation, 20 Fantastic Soul Hits (1975). The track playing in Kozmic Music as I walked in was “Planting Seeds” by Seeds of The Earth. It sounded clear and crisp, and I didn’t know a lot of the tracks, so it had to be mine!

The Rolling Stones Exhibitionism at The Saatchi Gallery in London was a pretty big one!  I love The Stones, so pretty much everything about this was good, but I especially enjoyed creating my own mix of “Satisfaction”. The reconstruction of their dingy London flat which helped fuel such creativity was also quite special. 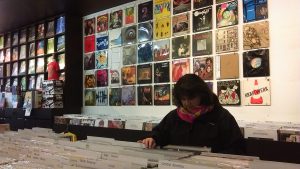 Ok, so this is gonna be hard – 5 is so few!!  Anyway, I have picked the 5 albums which I would take to my desert island – as albums I could listen to over and over (and I’ve tried to vary the genres):

Not because it’s a triple, nor because it has the supreme “My Sweet Lord”, or even Phil Spector’s production, but because it’s George Harrison.  If I ever want to remind myself why I am here, I listen to this.

“Gimme Shelter” has the funkiest blues sound. Merry Clayton’s lungs and Mick’s vocals are a fantastic combo. And it’s full of good songs, of course, like “Midnight Rambler”, “You Can’t Always Get What You Want” and a great Delia cake.

This was my generation so it will always stay with me. It smells of youth, fun, parties, student rooms and catchy tunes. I listen to it all the way through. Always.

It is just 45 minutes of the best sonically immersive, aural Yoga created.

I know it’s a compilation, but it’s one of the first reggae albums I owned. “Could You be Loved” has to come first on side 1 for me, always, and it is packed with fantastic songs. 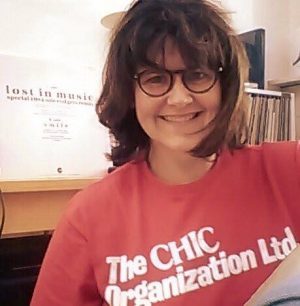 Recently I’ve been catching up on Crevette Records’ live streams. They just opened here in Brussels and they’ve done some cool in-store streams with local DJs.

It’s a friendly, inclusive music family and there are a load of good music shops to explore. Plus the beers are great!

Johnny Cash – American III: Solitary Man. I Don’t know if it’s considered a classic, but it should be! Its been an emotional week personally. 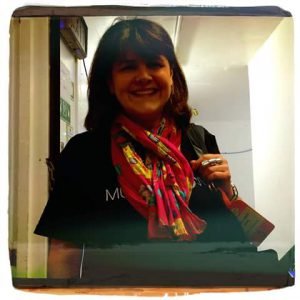